Who won the debate?

That's not our department.

But Ted Cruz, the Texas senator, drew the most time talking on camera of the eight candidates in the Republican presidential debate in Milwaukee, according to tracking by the Austin American-Statesman's Chuck Lindell.

Here's the summary, in seconds, for all the candidates: 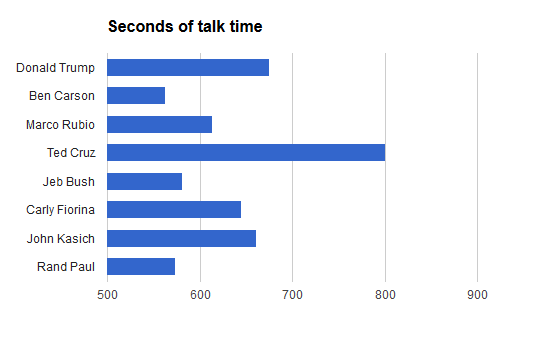