PolitiFact entered 2020 by fact-checking claims about Australian wildfires and a virus outbreak in China. With an upcoming election, we assumed the year would be eventful, however, we had no idea just how many claims would fly our way in the coming months — and from every direction.

Between an historic race for the White House, a pandemic that ravaged the world and touched millions of lives, and a loud national conversation about racial injustice and police brutality that inspired millions to take to the streets, facts were in high demand. Claims filled the airwaves, cluttered social media feeds and informed — or misinformed — political discourse.

While PolitiFact every year chooses its Lie of the Year — this year "awarded" to claims that denied, downplayed or disinformed about COVID-19 — we also wanted to take a look at what fact-checks generated the most readership.

The 10 most popular checks from social media tended to be those that were rated False or Pants on Fire. But when we ran the numbers on fact-checks of statements by politicians and pundits, we found the most popular tended to have a bit more nuance to the ratings: More than half of the claims in the top 10 were rated Mostly False or Half True.

With that, here’s PolitiFact’s countdown to the most popular fact-check of 2020. 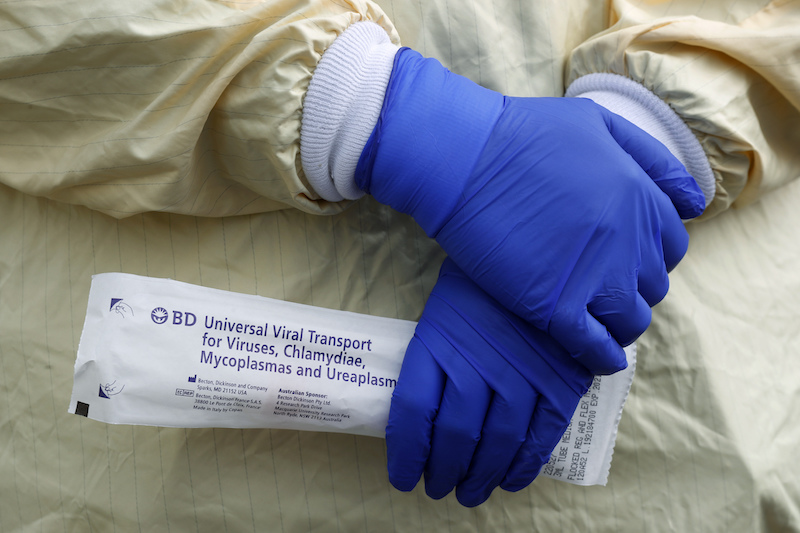 A nurse holds swabs and a test tube kit to test people for COVID-19 at a drive through station in Royal Oak, Mich. (AP)
Claim: "The World Health Organization offered the testing kits that they have available and to give it to us now. We refused them. We did not want to buy them." — Joe Biden

The WHO never offered to sell test kits to the United States. The Centers for Disease Control and Prevention opted to develop its own coronavirus test, although manufacturing and quality control issues plagued and slowed the effort from the beginning.

Other developed countries with advanced research capabilities produced their own tests, too.

The Postal Service has experienced years of financial troubles. While last-mile delivery services it provides for Amazon are one part of the issue, so is the 2006 Postal Accountability and Enhancement Act which required the Postal Service to pre-fund future retiree health benefits, not pensions, as this claim states. The law put a financial strain on the service, which has defaulted on some of the statutorily prescribed payments.

8. Trump blames past administrations for a flawed COVID-19 test. The test couldn’t have existed earlier 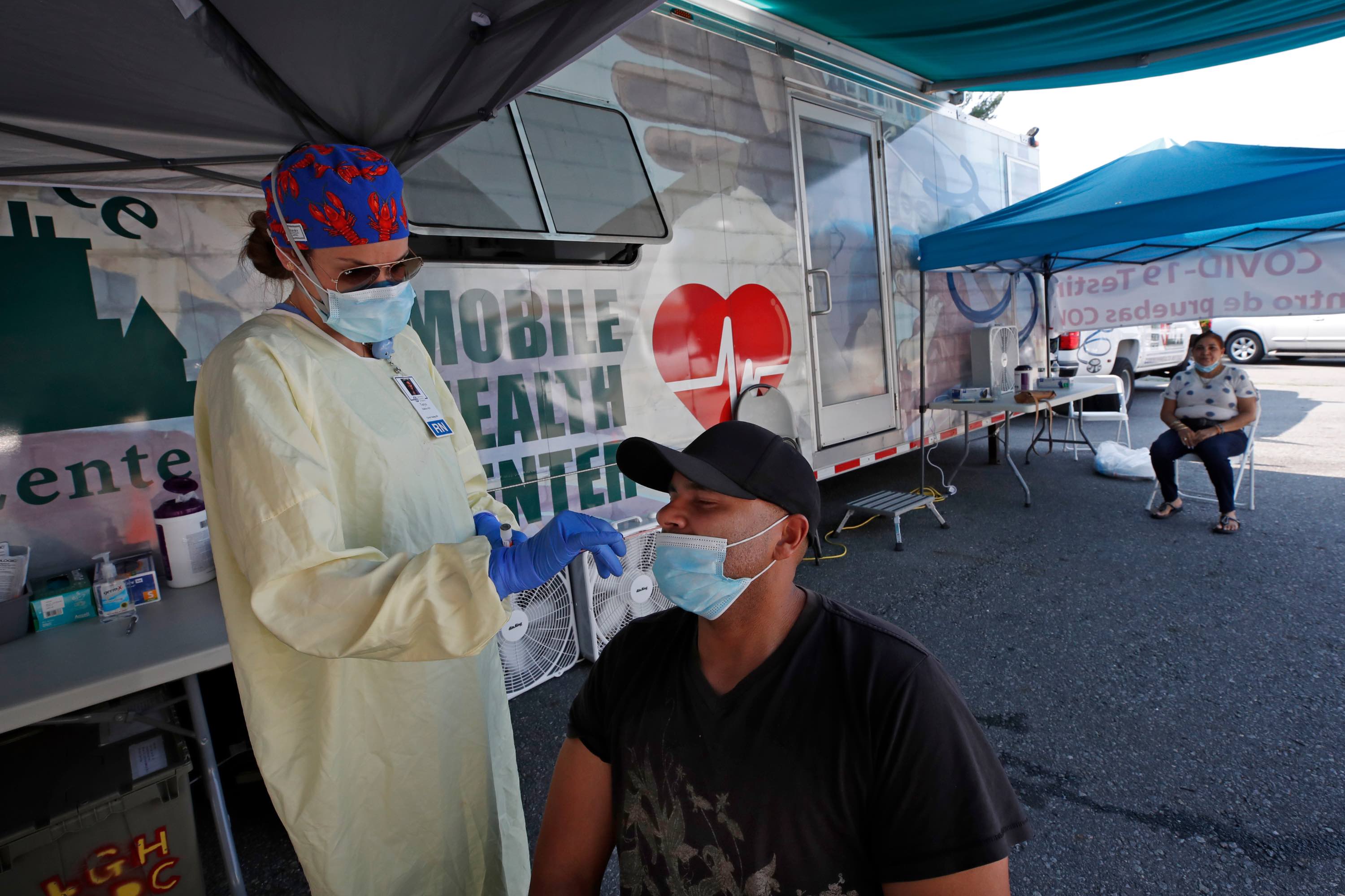 Nurse Tanya Markos administers a coronavirus test on patient Juan Ozoria at a mobile COVID-19 testing unit on July 2, 2020, in Lawrence, Mass. (AP)
Claim: "We inherited a broken test" for COVID-19. — Donald Trump
Rating: Pants on Fire!
China reported the emergence of COVID-19, a totally new viral disease, on Dec. 31, 2019. The U.S. government began sending test kits out on Feb. 5, 2020. There was no inherited test because a test couldn’t be created until the new virus had emerged.
7. Fact-checking whether Biden called Trump ‘xenophobic’ for restrictions on travel from China

Claim: Speaking of his administration’s restriction on travel from China, "I had (Joe) Biden calling me xenophobic. … He called me a racist, because of the fact that he felt it was a racist thing to stop people from China coming in." — Donald Trump

Biden did not directly say that the restrictions were xenophobic. Around the time the Trump administration announced the travel restriction, Biden said that Trump had a "record of hysteria, xenophobia, and fear-mongering." Biden used the phrase "xenophobic" in reply to a Trump tweet about limiting entry to travelers from China and in which Trump described the coronavirus as the "Chinese virus."

Claim: The Obama administration left Trump with a "stockpile with a cupboard that was bare." — Donald Trump

N95 masks were depleted after the H1N1 outbreak in 2009, and experts warned years ago that the supply should have been replenished. However, it’s an exaggeration to call it a bare cupboard. Just a couple of months before COVID-19 cases appeared in the U.S., the former director of the stockpile described it as an $8 billion enterprise, with extensive holdings of many needed items.

5. No, George Soros and his foundations do not pay people to protest

Billionaire philanthropist Soros and Open Society Foundations say they do not support violence. There is no evidence that the organization has given any grants to groups that funded or arranged violent protesting in Minneapolis. 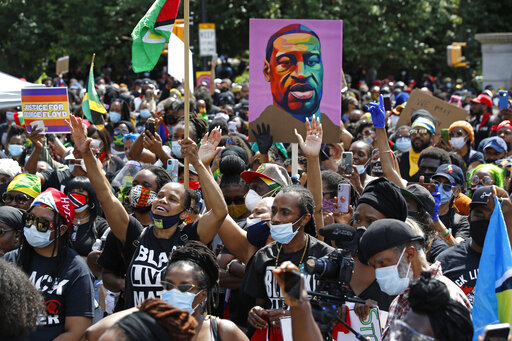 People inspired by a speaker raise their hands during a Caribbean-led Black Lives Matter rally at Brooklyn's Grand Army Plaza, Sunday, June 14, 2020, in New York. (AP)
Claim: "Last year, there were nine unarmed Black people killed (by law enforcement). Nineteen unarmed white people." — Larry Elder
Rating: Mostly False
Elder spoke broadly about police killings but he pulled his numbers from the Washington Post’s more narrow tally of fatal shootings by on-duty police officers.
Not all police killings occur when officers are in the line of duty or firing their guns. Some people die from police use of tasers or physical restraint. The data doesn’t include deaths like George Floyd’s, for example.
Elder’s claim also omitted important context: that Black people in the U.S. are disproportionately killed by police relative to their share of the population.
3. The DNC did not omit ‘one nation under God’ from the Pledge of Allegiance

Claim: "The DNC omitted ‘one nation under God’ from the Pledge of Allegiance." — Peggy Hubbard

Some caucuses omitted "under God" from the Pledge of Allegiance during Democratic National Convention meetings. But the line was not excluded from any of the convention’s primetime spots. 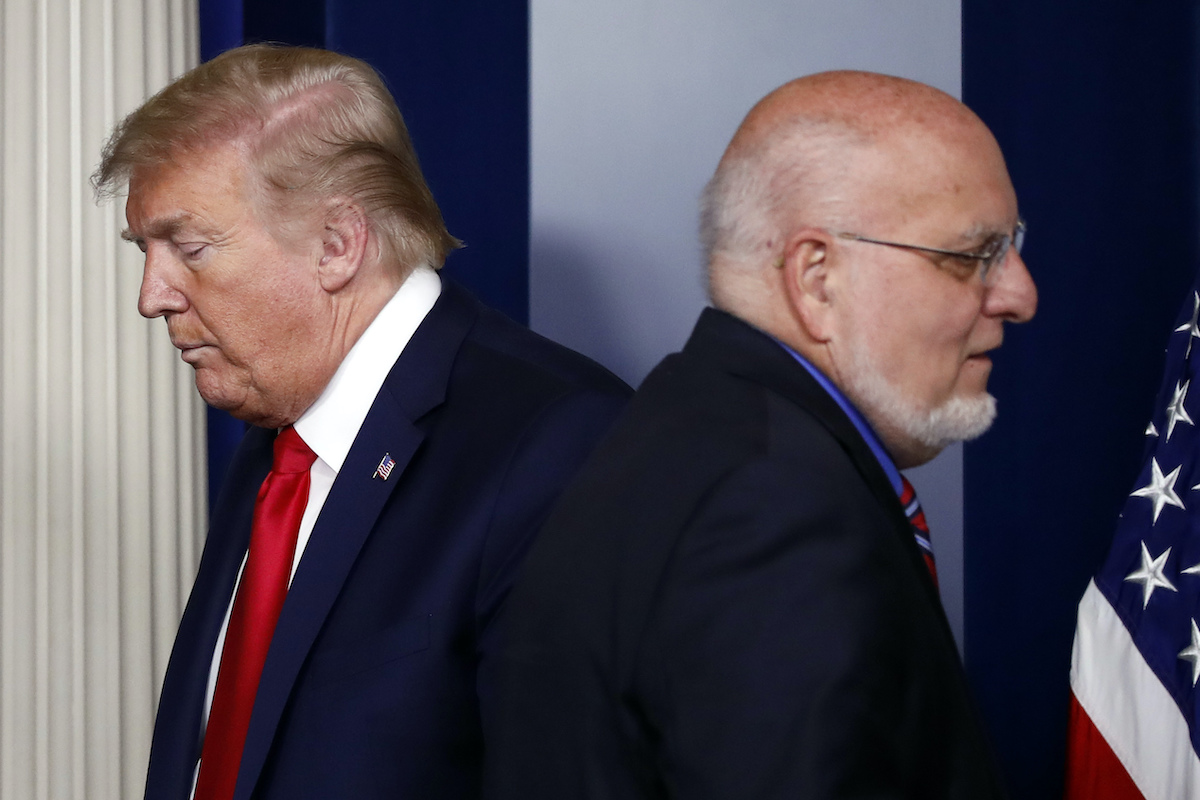 President Donald Trump passes Dr. Robert Redfield, director of the Centers for Disease Control and Prevention, during a briefing about the coronavirus in the James Brady Press Briefing Room of the White House, April 22, 2020. (AP)

Claim: Says of President Donald Trump’s actions on the coronavirus: "No. 1, he fired the pandemic team two years ago. No. 2, he's been defunding the Centers for Disease Control." — Michael Bloomberg

"Fired" may be a little strong, but in 2018, top national security officials handling pandemics left abruptly and were not replaced by the Trump administration.

As for funding, there’s no question that the Trump administration sought to cut key CDC budget categories. But thanks to Congress, that funding was restored and even increased in bills that Trump ultimately signed.

1. Don’t fall for this video: Hydroxychloroquine is not a COVID-19 cure 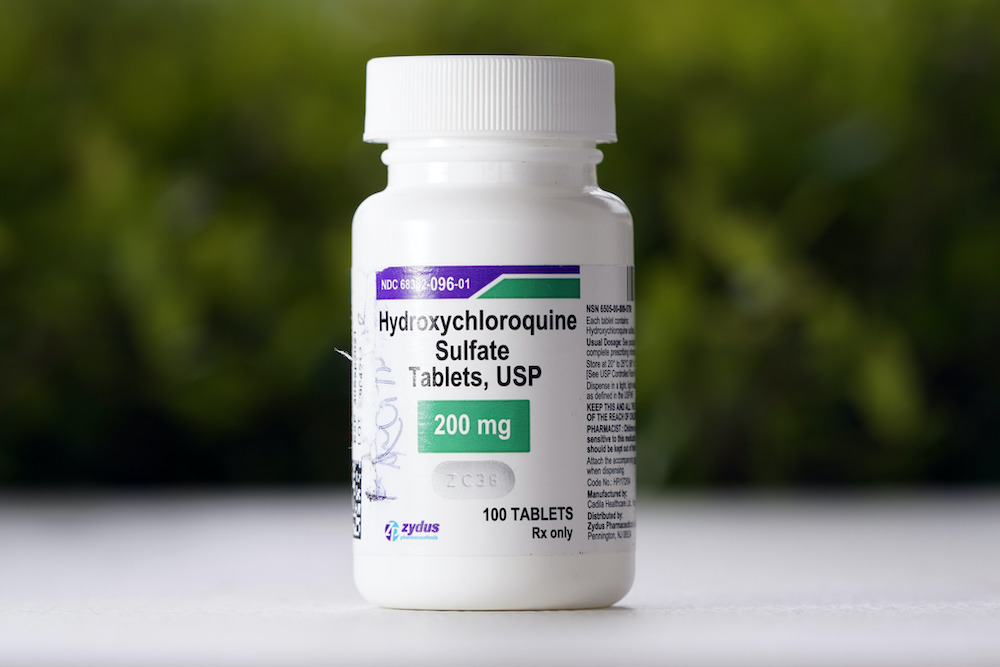 A bottle of hydroxychloroquine. (AP)
Claim: "This virus has a cure. It is called hydroxychloroquine, zinc, and Zithromax. I know you people want to talk about a mask. Hello? You don’t need (a) mask. There is a cure." — Dr. Stella Immanuel
Rating: False
All of those claims are inaccurate. There is no known cure for COVID-19, hydroxychloroquine is not a proven treatment, and public health officials advise everyone to wear face masks in public.