10 most popular social media fact-checks of 2020

In 2020, PolitiFact fact-checked hundreds of false and misleading claims on social media. Their variety reflects a year filled with crises, both real and fabricated.

There were fake tweets about stay-at-home orders and misinformation about face masks. Out-of-context videos and conspiracy theories constructed a false narrative about widespread election fraud. Fake accounts and viral rumors fanned paranoia about protests against police brutality and wildfires on the West Coast. Baseless allegations of pedophilia in Washington and Hollywood were rampant across platforms.

Through it all, disinformation that downplayed and denied the severity of the coronavirus pandemic stood out, earning PolitiFact’s Lie of the Year. But which claims resonated most with our readers during the infodemic?

Here are our 10 most-read social media fact-checks of 2020. If you see another claim you think we should investigate, send it to [email protected].

10. No, AOC didn’t tweet this about closing businesses until after the election 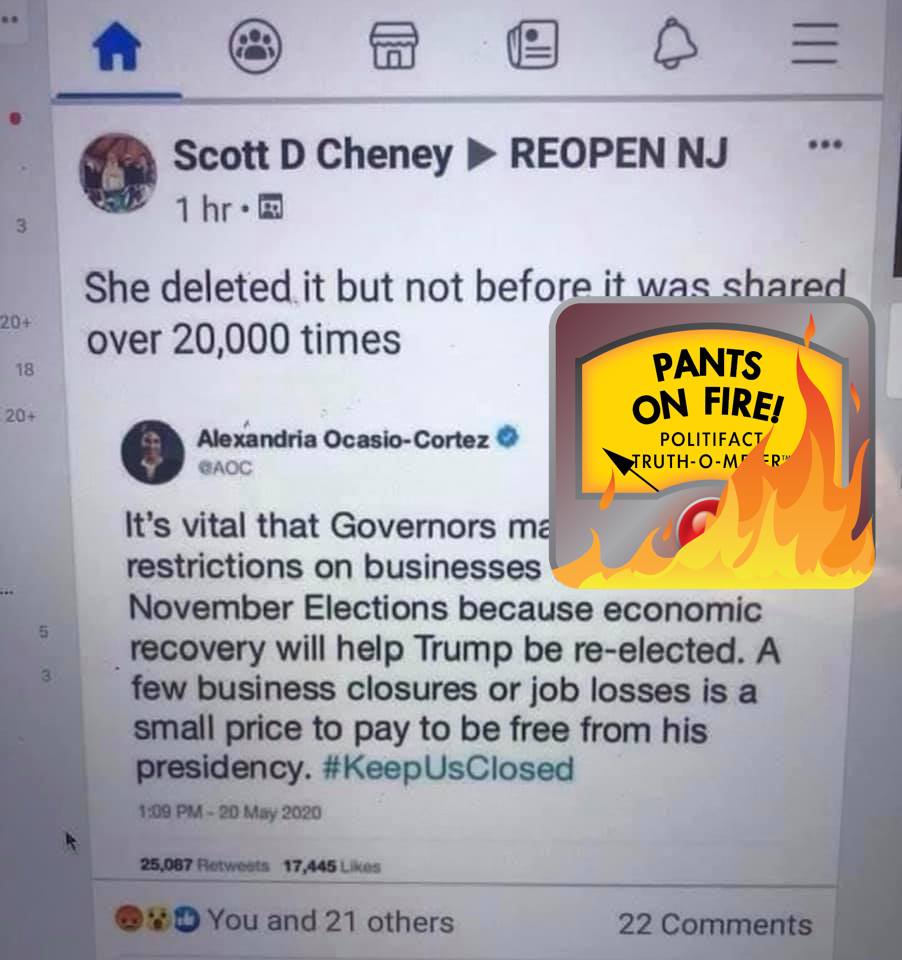 Claim: Says Alexandria Ocasio-Cortez tweeted, "It’s vital that Governors maintain restrictions on businesses until after the November Elections because economic recovery will help Trump be re-elected. A few business closures or job losses is a small price to pay to be free from his presidency. #KeepUsClosed."

We found no evidence that Ocasio-Cortez tweeted this. ProPublica, which keeps an archive of deleted tweets, does not have it in its collection posts from either of Ocasio-Cortez’s Twitter accounts. We also didn’t find the tweet when we searched those accounts on Twitter.

9. Biden said that without ‘orderly integration’ his children would grow up in a ‘racial jungle’

In 1977, Biden said: "Unless we do something about this, my children are going to grow up in a jungle, the jungle being a racial jungle with tensions built so high that it is going to explode at some point." He opposed court-ordered busing to integrate public schools, but Biden supported many other aspects of desegregation and civil rights.

8. Jacob Blake is not a ‘child rapist’

Jacob Blake, a 29-year-old Black man, was shot in the back by a white police officer in Kenosha, Wis., on Aug. 23. There is no evidence that Blake is a "child rapist."

7. President Obama declared H1N1 a public health emergency before anyone in the United States died 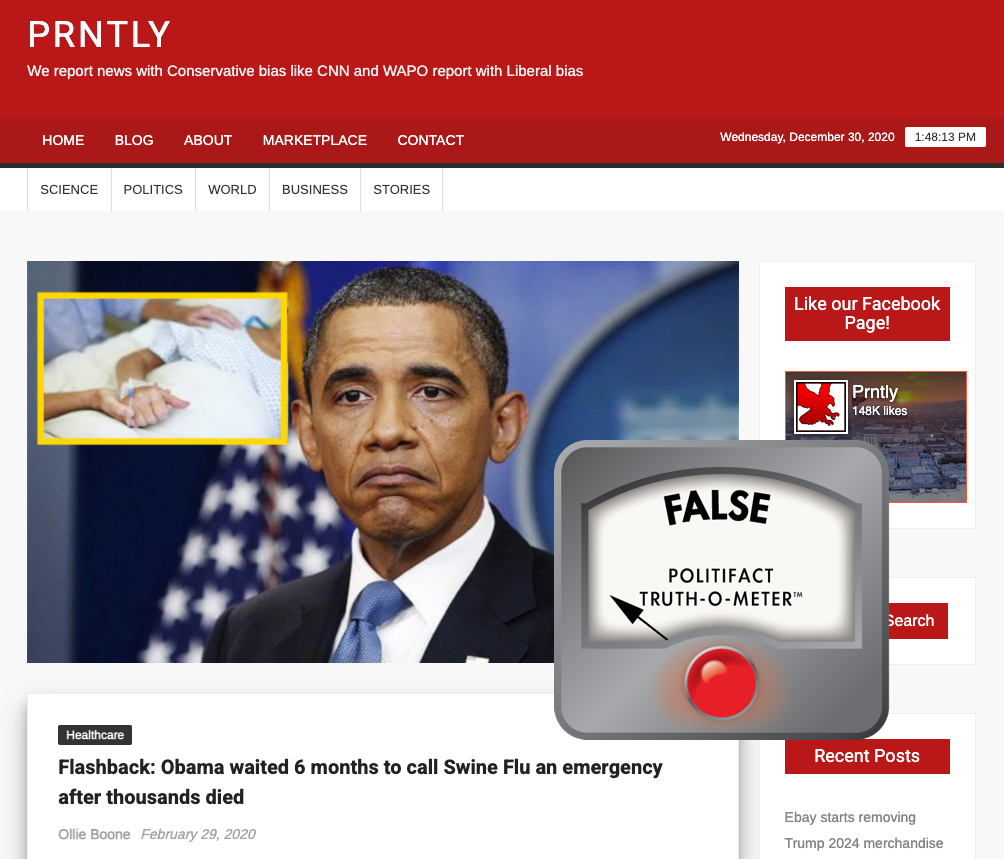 The Obama administration declared swine flu, or H1N1, a public health emergency six weeks before H1N1 was declared a pandemic. No H1N1 deaths had yet been recorded in the United States.

Claim: Says "Hunter Biden had 25,000 pics of him torturing and raping children under age 10 in China on his laptop."

There is no evidence that a laptop previously belonging to Hunter Biden contains child pornography. The allegation originated on an anonymous internet forum.

5. No, Biden did not receive thousands of mysteriously surfaced votes in Michigan

On election night, a number of tweets claimed Biden received a suspicious influx of votes in Michigan while other candidates received none. The update was the result of a data error that was promptly corrected, and it was not indicative of voter fraud or any other nefarious action. 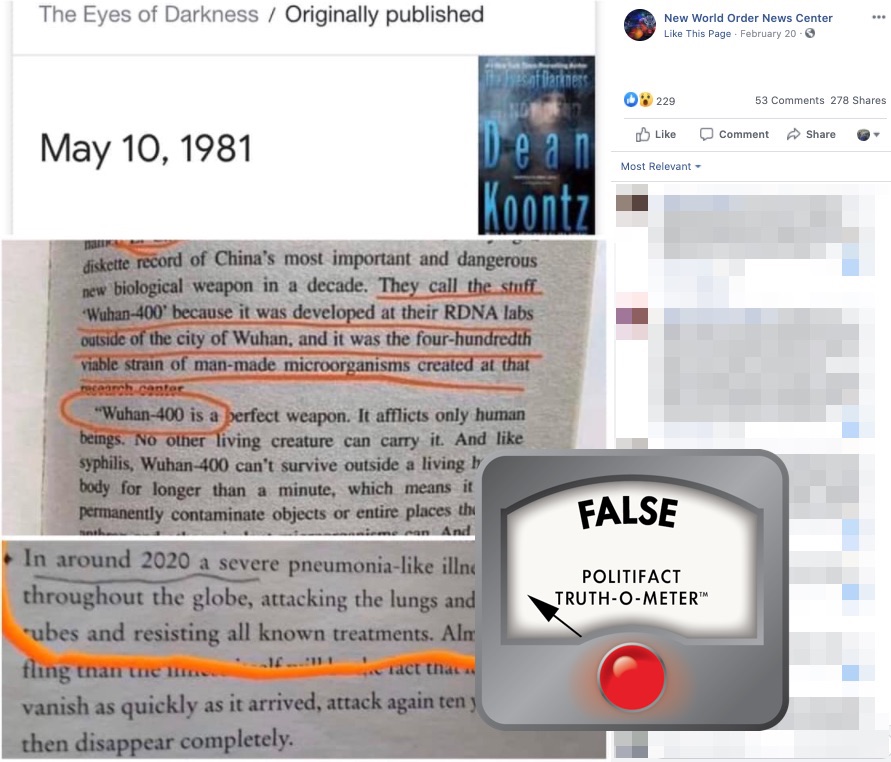 The book "End of Days" by Sylvia Browne was first published in July 2008. The reference to "Wuhan-400" comes from the 1981 book "The Eyes of Darkness" by Dean Koontz. Neither predicted the coronavirus pandemic.

3. Biden had a tense exchange with a factory worker, but what exactly did he say?

Claim: Says Joe Biden told a factory worker, "I don’t work for you!" while pointing a finger in the worker’s face.

In March, Biden told a factory worker he was "full of s---" when the worker accused Biden of trying to take away Second Amendment rights. Later, the worker told Biden, "You’re working for me, man" and Biden either replied, "I’m not working for you," or stopped short of that, according to differing media accounts.

2. Fact-checking the claim that Trump has been 'exposed for raping a 13-year-old'

A woman alleged in a 2016 lawsuit that President Donald Trump raped her in 1994, when she was 13. Trump denied the allegations and the woman dropped the suit several months later. 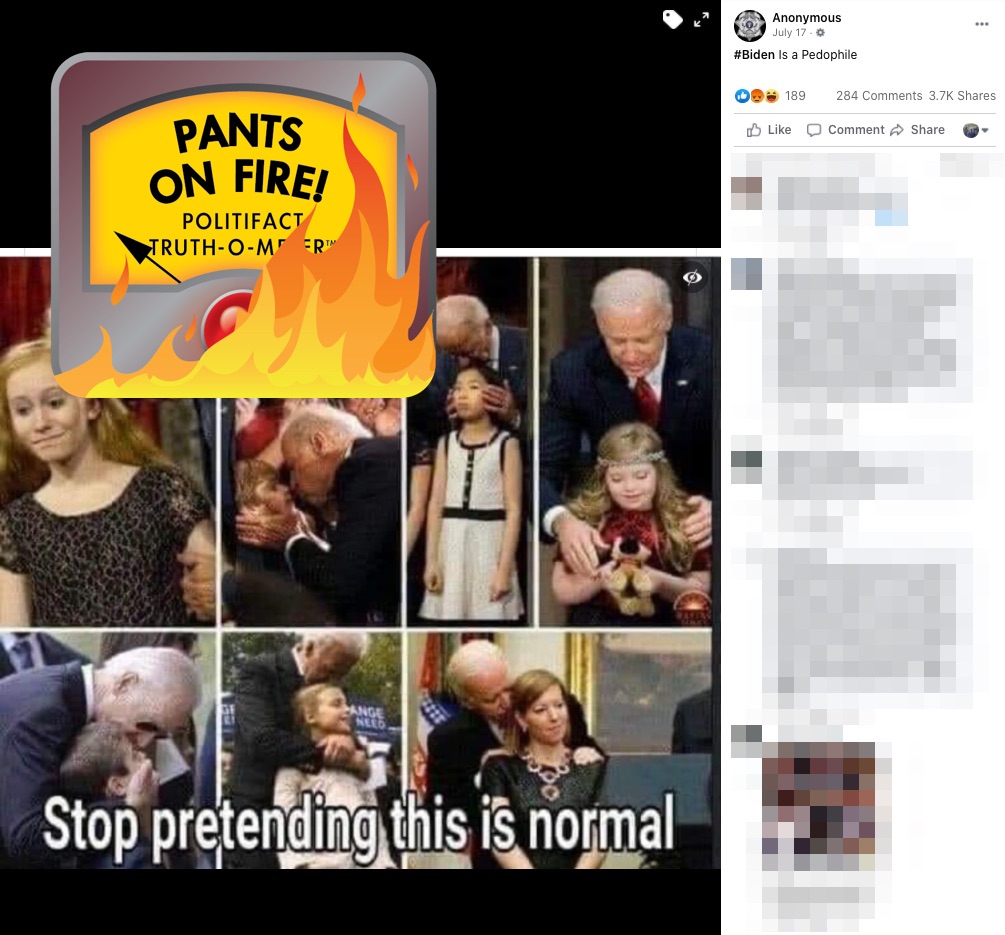 There is no credible evidence that supports this claim. In Biden’s more than 40 years of public life, we could find no news reports, formal accusations, complaints, arrests or investigations that implicate him in any sort of sex crimes involving kids.