Sid Miller
stated on November 27, 2016 in a Facebook post of photo and caption on Miller's fan page:
Says actor Dwayne "The Rock" Johnson wore a T-shirt stating: "We Stand for the flag, we kneel for the fallen."

Texan Sid Miller shared this photo of the actor known as The Rock. We found it to be a fake (screenshot of Miller's Facebook page, November 2016).

Sid Miller, the Texas agriculture commissioner perhaps destined to join President-elect Donald Trump’s administration, has a prolific social media presence. The politician regularly posts memes, photos and his reactions to daily news, at times critical of reporting and often without attribution. His "Miller for Texas" Facebook fan page has more than 330,000 likes.

On Nov. 27, 2016, Miller posted a fresh unattributed photo, this time of the muscled actor Dwayne "The Rock" Johnson, shown wearing a T-shirt with a message Miller endorsed. Johnson’s shirt read: "We stand for the flag, we kneel for the fallen," along with this Miller caption: "Thanks to Dewayne Johnson AKA "The Rock" for standing up and defending our flag. There are a few good guys left in Hollywood and The Rock is one of them."

As of early December 2016, Miller’s Johnson post had drawn 3,500 reactions, 1,092 shares and 111 comments, all supportive, some praising Johnson for being a "stand up guy" who’s "not ashamed to admit" his love for country, or telling Johnson "he is The Rock for a reason."

But when we saw the photo presentation, it looked to us like the unsourced photo’s shirt text had alignment problems. Also, the text on the T-shirt looked skewed and a smudge next to Johnson’s right arm looked as if there might have been additional removed text or imagery.

We knew too that Miller had previously posted a photo lacking accuracy. In March 2016, we found "Pants on Fire"  what turned out to be Miller’s Facebook post of a fake image of Barack Obama holding a T-shirt with Marxist revolutionary Che Guevara’s face on it. Separately, the Texas Tribune in December 2016 compiled what its story described as 10 Miller posts of "demonstrably false, misleading or unsupported information."

What came back from our search: The same T-shirt and Johnson pose with other slogans displayed, such as "Only elephants should wear ivory" or "Still here, still strong, Native Pride."

Additional results showed Johnson standing in a blank V-neck T-shirt, without any text. And among those, one photo came from the cover of the August 2013 issue of Essence Magazine; that photo shows Johnson wearing a similarly fitting navy blue V-neck T-shirt, without any text on the shirt. Then again, Johnson holds a different pose and presents a different facial expression.

Other results--on websites such as Pinterest and Mid-day.com, an Indian news and lifestyle website--showed what looked to us like a blank T-shirt version of the Miller-posted photo. 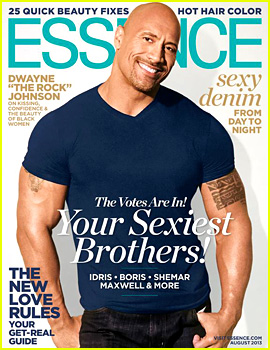 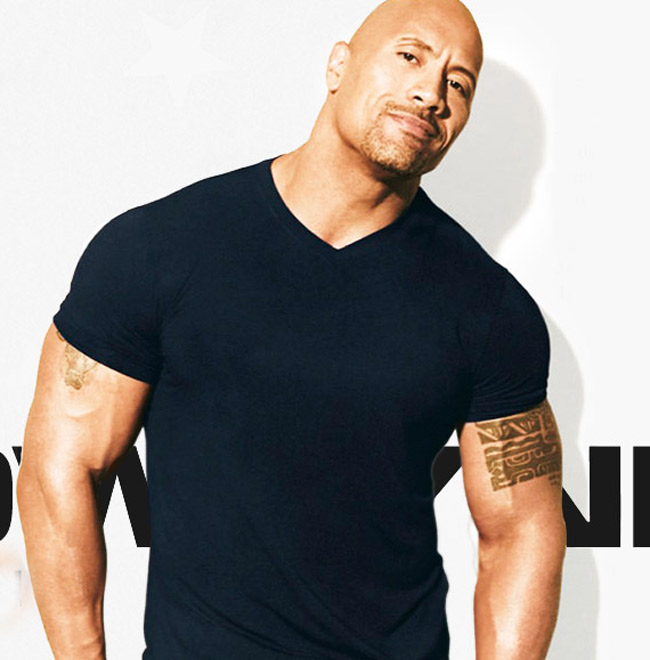 We turned to a Miller campaign spokesman, Todd Smith, to find out where Miller picked up his Facebook-posted photo. Smith said he personally "had no clue" and said ours was a "silly, silly inquiry." He said the message of the T-shirt is what counts. When asked what his comment would be if the photo itself was fake, he said he hadn’t heard complaints from Johnson.

Next, we endeavored to reach someone familiar with Johnson’s photo history. After calling Johnson’s public relations team, we heard from Britt Johnson with the Garcia Companies, who identifies herself as a social media spokesperson for Johnson.

Britt Johnson said by email: "While I can't recall where that photo was taken, I can say with confidence that the image/shirt" shared by Miller "was photoshopped."

Separately, a web search led us to a forensic photography expert at the Forensic and National Security Sciences Institute at Syracuse University. By email,  Cathryn Lahm responded that what she looked at after downloading a copy of the photo we’d shared from Miller’s Facebook post and viewing the photo in her software program, "the T-shirt The Rock is wearing is most likely ‘plain’ and the graphics were placed on the photo -- made to look -- like it was actually on his shirt," referring to the pro-flag message. She said the artist likely applied the graphic design onto an existing image, so Johnson would look like he was wearing the presented T-shirt.

"The original image was shot at some press event -- I think -- based on the ‘hot flash shadows’ as if he is walking the red carpet for some opening of a movie or an event," Lahm said. If she "had to go to court" about the authenticity of the Miller-posted photo, Lahm said, she would call the image a fake.

Miller posted a photo of "The Rock" wearing a T-shirt with a message calling for people to "stand for the flag and kneel for the fallen."

That image, we found, was a product of photo manipulation. It looks to us like Johnson actually posed in a plain shirt without any message.

Beto O'Rourke
stated on March 31, 2017 a U.S. Senate campaign kickoff event in Dallas:
"I’m one of two members of Congress out of 535 that takes no corporate cash, no political action committee money."

The Coalition for Public Schools
stated on January 23, 2017 an emailed press release:
"Texas legislators have filed voucher proposals in every legislative session since 1995, but all of them have failed to become law."

Sid Miller
stated on November 27, 2016 a Facebook post of photo and caption on Miller's fan page:
Says actor Dwayne "The Rock" Johnson wore a T-shirt stating: "We Stand for the flag, we kneel for the fallen."

Virginia "Jennie Lou" Leeder
stated on October 17, 2016 an interview with the Austin American-Statesman:
Texas spends "more per day to house an inmate than we do on a student."

Sylvester Turner
stated on July 26, 2016 a tweet announcing new display signage at airports and Houston's City Hall:
"Welcome to #Houston, the most #diverse city in #America."

Jeannette Vaught
stated on May 4, 2016 an op-ed published in the Austin American-Statesman:
"Only five Texas counties account for almost 90 percent of the (state’s) cattle industry."

Rodney Ellis
stated on May 19, 2016 a press release in response to a lawsuit:
Harris County, Texas has "some of the highest jailing and incarceration rates in the U.S. and the world."

Sylvester Turner
stated on March 4, 2016 a press conference announcing new chairman of transit authority:
"The Katy Freeway, or Interstate 10 west of Houston, is the widest freeway in the world, with up to 26 lanes, including frontage road lanes."

Sheila Jackson Lee
stated on December 18, 2015 remarks inserted into the Congressional Record:
"Between 1990 and 2013, the maternal mortality rate for women in the U.S. has increased by 136%."