Bloggers
stated on September 13, 2016 in posts:
Says Hillary Clinton had an "undercover nurse" with her at the Sept. 11 memorial ceremony in New York.

Hillary Clinton’s health scare in New York at a Sept. 11 memorial ceremony fueled plenty of speculation and conspiracy chatter on the Internet. It’s now bubbling into the mainstream media.

We thought it was time to intervene on one line of thinking.

In a tweet on Sept. 11, @Ten_GOP said photos showed Clinton with an "undercover nurse." (The account is not the official account of the Tennessee Republican Party.) 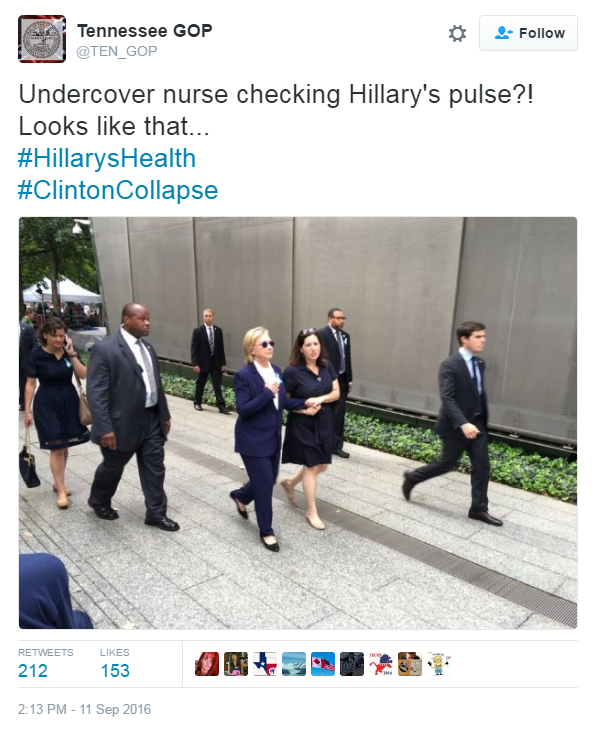 It didn’t take too long for people to connect the image with an image of Clinton’s personal physician, Dr. Lisa Bardack. 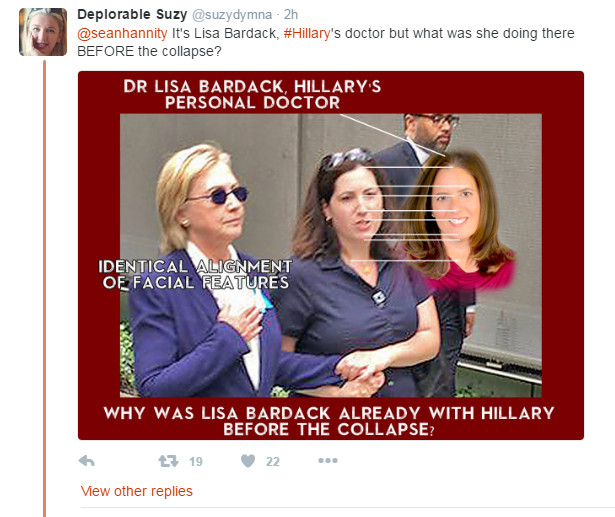 And from there, it journeyed to the pages of online newspapers and the accounts of Fox News television personalities.

Here’s the treatment from the Express of the United Kingdom: 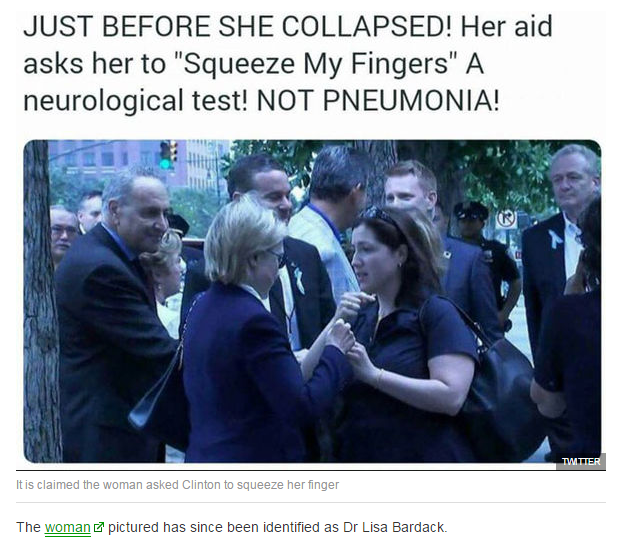 And Sean Hannity of Fox News: 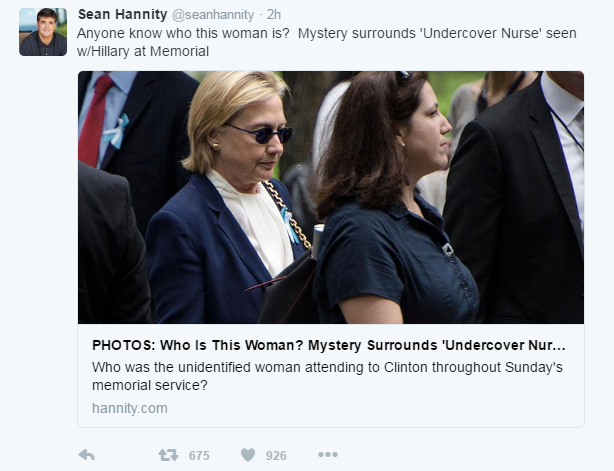 And Lou Dobbs of Fox Business: 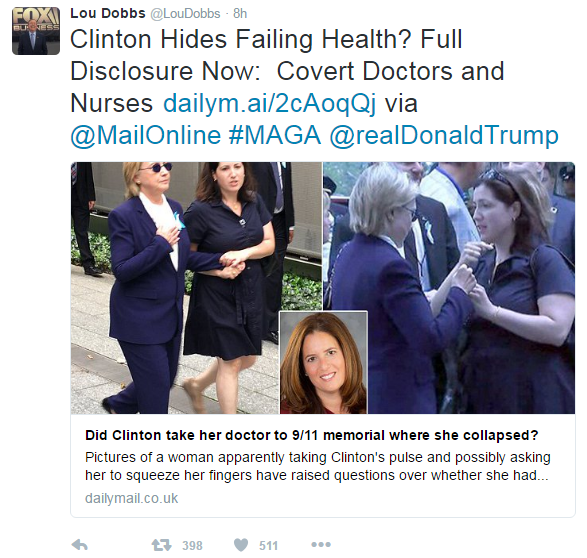 Just one problem: The woman pictured is neither Bardack nor an "undercover nurse."

It’s a former Clinton staffer, Christine Falvo. Falvo worked in Clinton’s New York Senate office from 2001-09, and also worked with Clinton while she was secretary of state.

Falvo left the State Department in 2012 to work for Rubenstein Communications.

"If there is anything I can ever do to be helpful to you, please don't hesitate to let me know," Falvo wrote to Clinton in May 2012. "I want to be a resource whenever needed!"

According to the New York Post, Falvo was working as a volunteer advance person for Clinton at the 9/11 event.

Clinton campaign spokesman Brian Fallon also identified the woman holding Clinton's hand in the photo as Falvo to the Washington Post. Falvo worked on 9/11 issues while she worked for Clinton in the Senate.

We reached out to Falvo and will update this post if we hear back.

Bloggers started a rumor that photos showed Clinton with an "undercover nurse" at the Sept. 11 memorial in New York. The undercover nurse then became Clinton’s personal doctor.

Neither is true. The woman in the photos is a former Clinton staffer who was helping at the memorial.

SeanHannity.com, "PHOTOS: Who Is This Woman? Mystery Surrounds 'Undercover Nurse' Seen With Hillary At Memorial," Sept. 13, 2016