Jason MIller
stated on October 4, 2020 in comments on ABC's "This Week":
Says Joe Biden stays in his basement.

Even with President Donald Trump hospitalized after contracting the coronavirus, Trump’s top allies continue to paint a picture of Trump hard at work for the American people while Democratic rival Joe Biden dawdles in his basement.

On Saturday Oct. 3, Trump’s daughter Ivanka shared a picture of Trump working a conference table at Walter Reed National Military Medical Center with the caption, "Nothing can stop him from working for the American people. RELENTLESS!" (The photos don’t show what Trump was signing.)

On Sunday, top Trump adviser Jason Miller said Trump was doing well and that the president and his campaign have taken COVID-19 seriously. But, Miller also noted, the president needed to continue advocating for and working on behalf of the American people.

Contrast that with Biden, Miller told ABC’s George Stephanopoulos. "We’ve seen with Joe Biden, I mean, we can’t all stay in our basement for the rest of our lives," Miller said.

It’s one of Trump’s favorite attacks against Biden. It’s also, by any objective measure, wrong.

What Trump says about Biden’s basement, a sampling

Before his coronavirus diagnosis, Trump made the basement attack a routine part of his campaign speech.

"I got a guy who stays in his damn basement all day long and I'm doing this,"  Trump said at a Virginia rally Sept. 25.

"Where's Hunter? You know where he is? Yeah. He's in the basement with his father," Trump said, talking about Biden’s son Hunter on Sept. 21 in Ohio.

"I've been in so many states the last few days. Yeah. Well you need a lot of energy to do this job properly. You can't be sitting in your basement for four days and come out," Trump said Sept. 14 in Arizona.

In the first months of the pandemic, when many states employed significant restrictions, Biden ran much of his campaign from his Delaware home. He built a TV set in his basement to interact with voters virtually. Not all those interactions went smoothly.

Trump also suspended in-person campaigning from March 2 through June 20, when he held an indoor rally in Tulsa, Okla.

But the claim that Biden stays in his basement is easily refuted.

Let’s look at Biden’s events in September as an example. (All links go to the C-SPAN video so you can watch the event for yourself.)

Sept. 3: Biden and his wife visited Kenosha, Wis., where Jacob Blake, an unarmed Black man, was shot by police. Biden spoke from a church about the history of systemic racism in the United States. 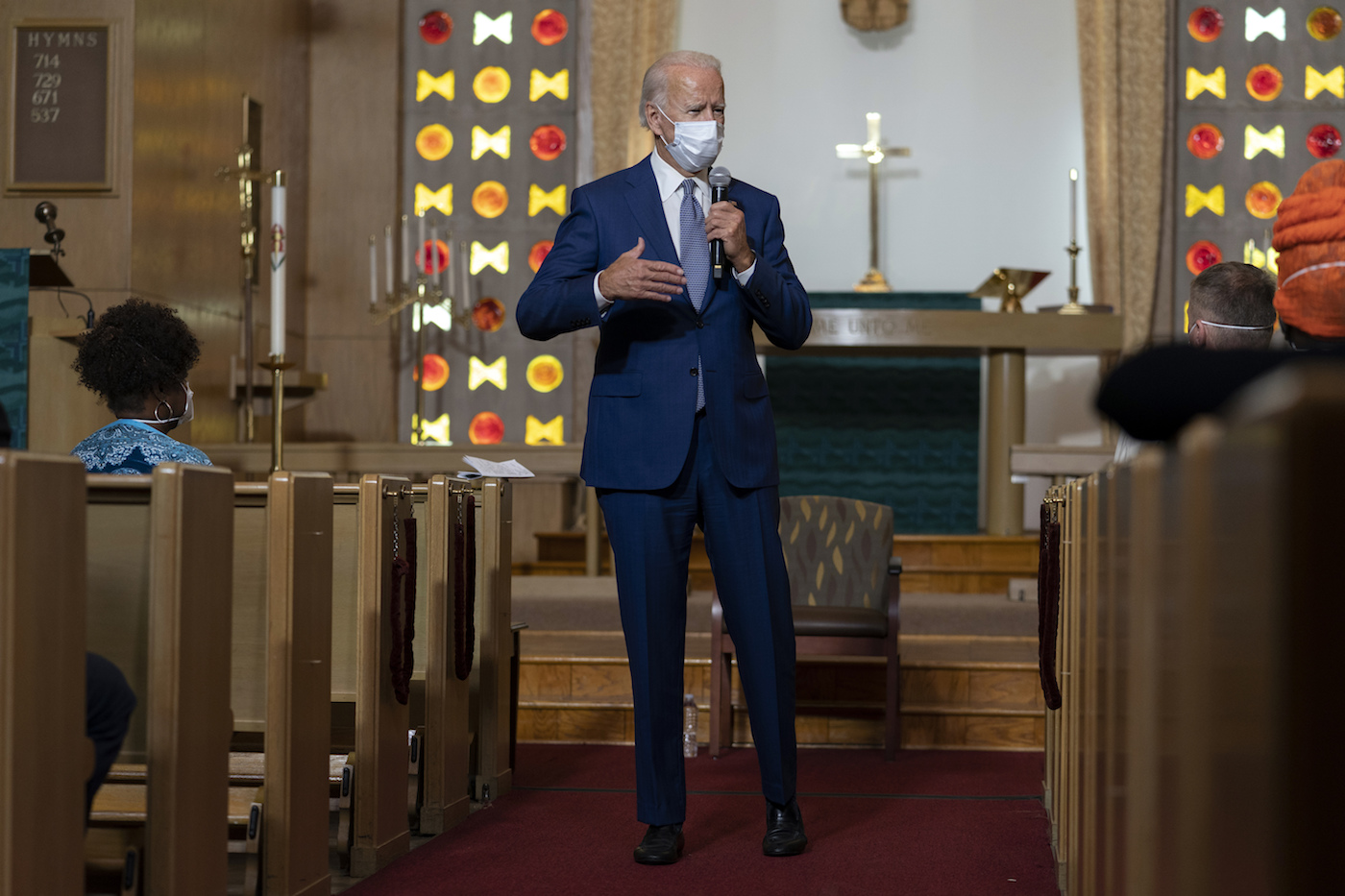 Sept. 4: Biden made a speech in Wilmington, Del., on the August jobs report.

Sept. 7: Biden met with four union members and veterans in the backyard of someone’s home in Lancaster, Pa.

Sept. 9: Biden spoke about his plans for manufacturing in Warren, Mich. 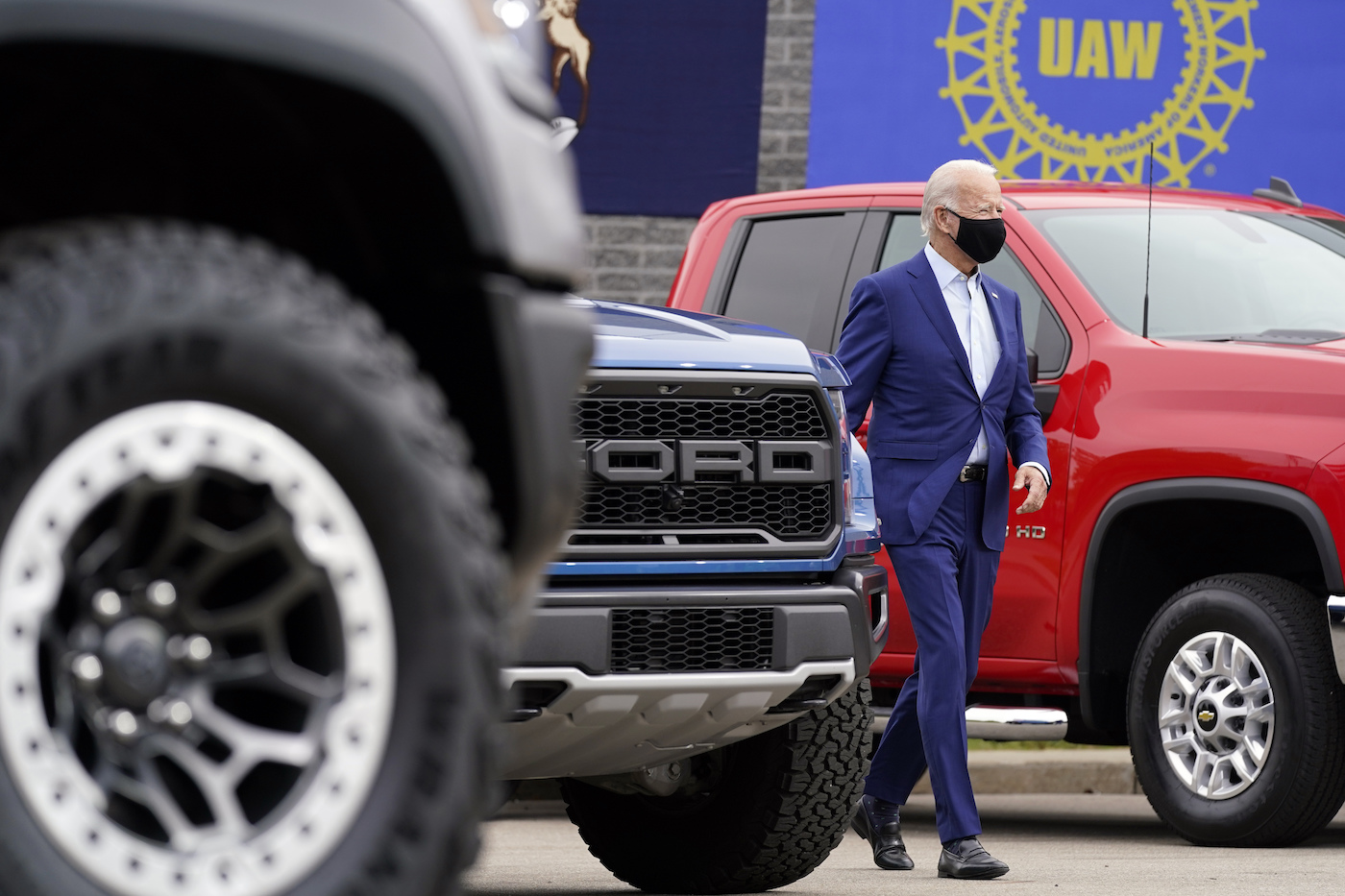 Sept. 11: Biden and wife Jill visited the Flight 93 National Memorial in Shanksville, Pa., on the 19th anniversary of the Sept. 11, 2001, terrorist attacks.

Sept. 14: In Wilmington, Biden delivered remarks on the grounds of the Delaware Museum of Natural History on climate change and the West Coast wildfires. 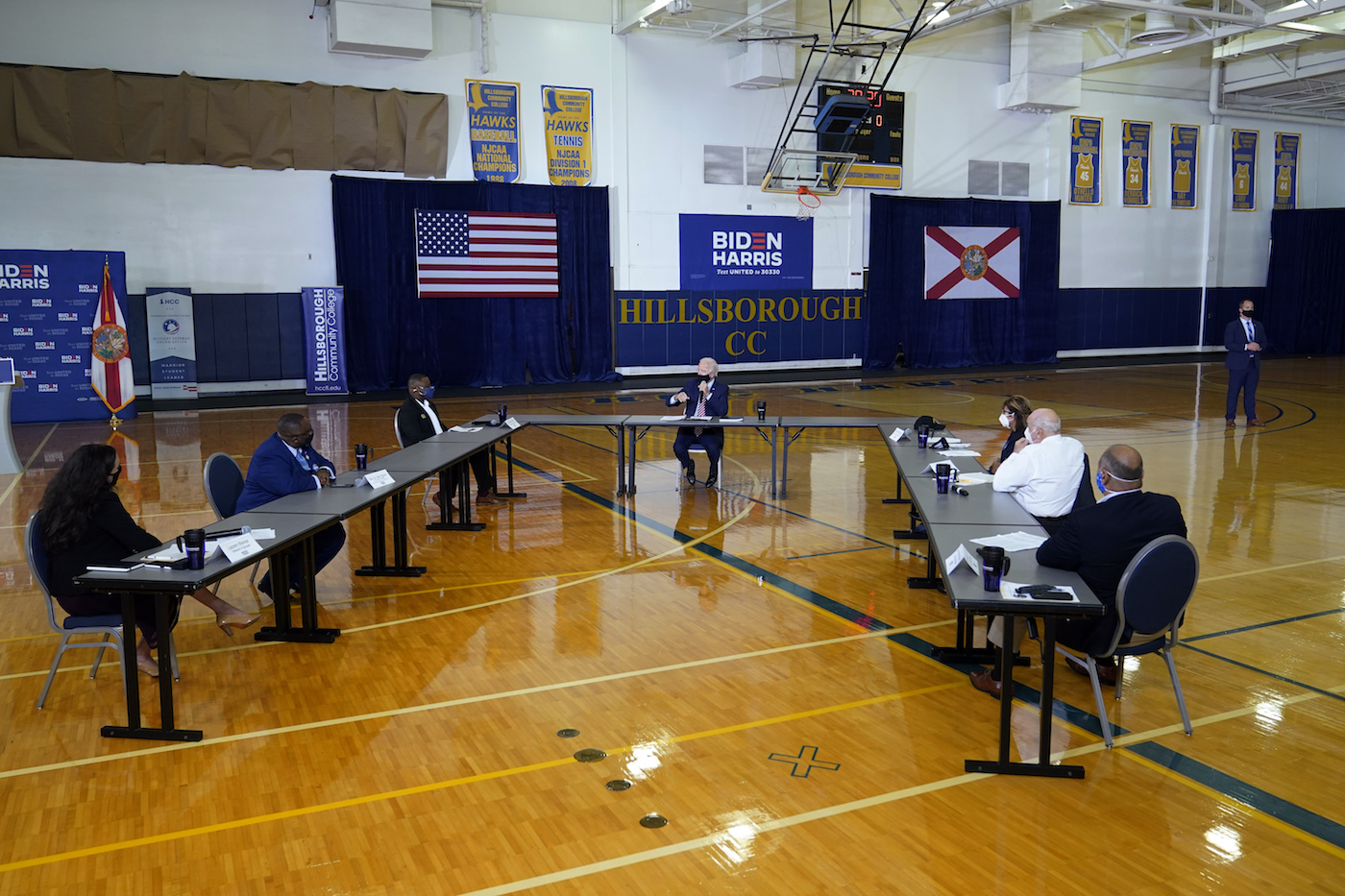 Sept. 20: Speaking from Philadelphia’s National Constitution Center, Biden gave a speech about Trump’s plan to nominate someone to replace the late Supreme Court Justice Ruth Bader Ginsburg before the election.

Sept. 30: Biden spoke about his plans for the economy at campaign stops In Ohio and Pennsylvania. The event was part of his "Build Back Better Express Tour."

That’s at least 14 public events not in Biden’s basement in September. He made trips to seven states: Wisconsin, Minnesota, Florida, North Carolina, Pennsylvania, Ohio and Michigan. Biden did address the Poor People’s Campaign virtually from his basement on Sept. 14.

The Trump campaign cited as evidence comments Biden made that he would be willing shut down the economy if scientists advised him it was necessary to protect Americans from the coronavirus. Biden later clarified that in his view there would be no need to close the entire U.S. economy.

Miller said, "We’ve seen with Joe Biden, I mean, we can’t all stay in our basement for the rest of our lives."

It’s the same criticism used by Trump to attack his rival as incapable and sleepy. It’s also wrong. We counted at least 14 different events outside Biden’s Delaware home in September, in six different states.

USA Today, "Biden in the basement: Can campaigning from home work as Trump starts to travel?," May 11, 2020