Critics of the recent criminal justice reforms that have shifted thousands of California prisoners to local jails and reduced penalties for some offenses say those changes are responsible for an upsurge in crime across the Golden State.

Republican state lawmakers and law enforcement leaders renewed their attacks on the reforms after a Whittier police officer was shot and killed Feb. 20, 2017.

In addition, a Los Angeles County sheriff’s official claimed the suspect in the killing had been released early from prison due to these reforms, though that assertion was refuted by a state prisons spokesman.

State Sen. Jeff Stone, R-Riverside County, said in a press release the day after the shooting that he "will continue to stand up here in Sacramento against laws that allow dangerous criminals to be released on our streets."

In this fact-check, we won’t tackle in-depth the question of whether these reforms are really responsible for an uptick in crime. That might be a topic for another day. Researchers at UC Irvine recently found "very little evidence" of crime increasing as a result of AB 109.

We will, however, sort through Stone’s claim that violent crime "has been on the rise" since 2011. And his additional statement that there was a 12 percent spike in crime in 2015.

Before we examine those claims, here’s a quick primer on the reforms Stone referenced: 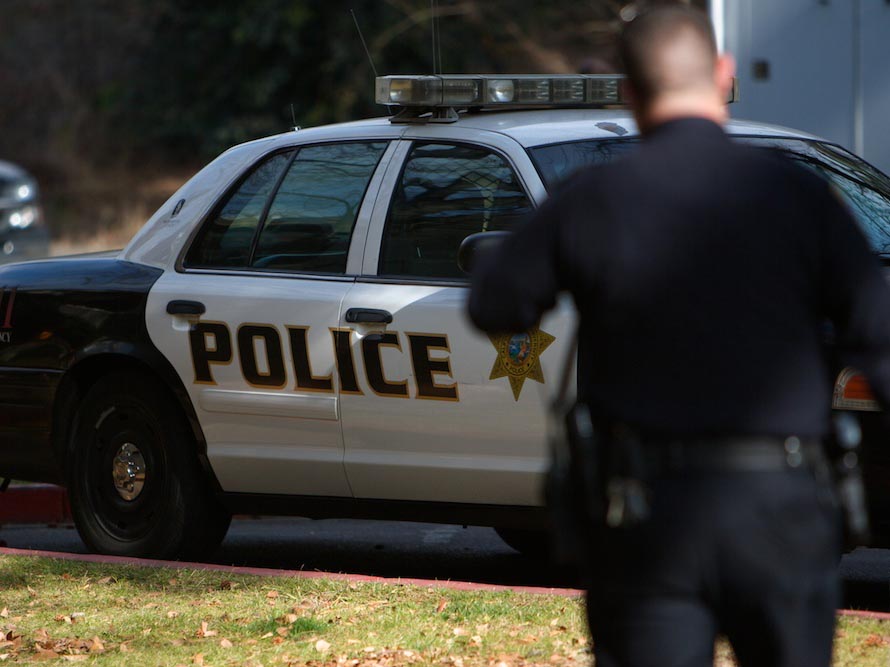 We found there’s certainly truth to Stone’s statement about a recent increase in violent crime, but there are also some important details missing.

Overall from 2011 to 2015, California’s violent crime rate increased by 3.1 percent, according to a review of data from the California Department of Justice’s report "Crime in California 2015."

"There’s been an increase there. It’s not huge," said Michael Rushford. president of the Criminal Justice Legal Foundation, a Sacramento-based nonprofit that tracks statewide crime statistics. Rushford believes the state’s early release laws have led to the uptick in crime.

While the overall violent crime rate ticked up during this period, that increase was not consistent year-to-year.

"Crime has sort of gone up and down," during this period, said Brandon Martin, a research associate who studies crime trends at the Public Policy Institute of California. "Since 2011, only 2012 and 2015 are where we see crime increase for both property and violent crime." 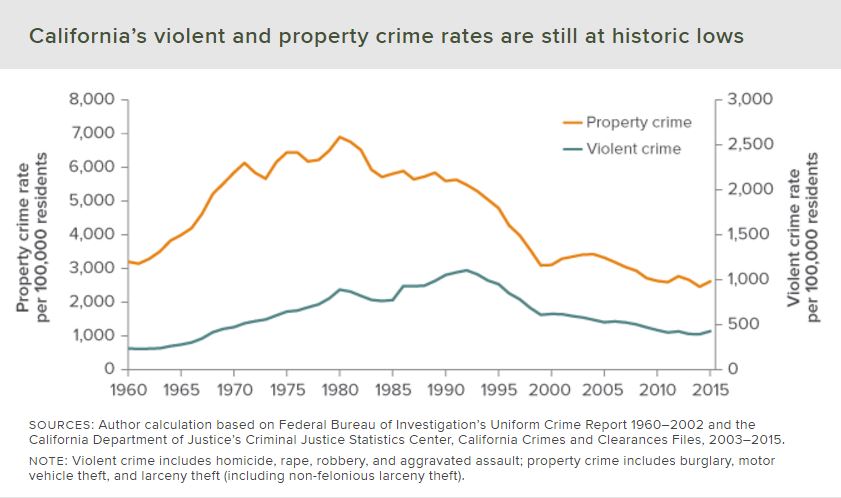 The state justice department’s figures show an 8.4 percent rise in violent crime in 2015. That’s considerably smaller than the 12 percent increase Stone cites for the same year.

We asked Stone’s spokesman for any additional evidence to back up his claim -- particularly his statement that there was a 12 percent increase in crime in 2015. His spokesman pointed to a January 2016 news article by CBS13, a Sacramento television station.

The article cites a 12 percent statewide increase in violent crime between 2014 and 2015, attributing that data to the FBI.

That figure, however, comes from an FBI report that examined only the first six months of 2015 -- and only looks at cities with populations of 100,000 or greater.

A statewide look at the full year of 2015, including cities large and small, shows violent crime increased 8.4 percent.

California State Sen. Jeff Stone, R-Riverside County, recently claimed that "Since the passage of Proposition 47 by voters in 2014 and the signing of AB 109 in 2011, violent crime has been on the rise in California, up 12 percent in 2015 statewide according to the FBI."

Stone is correct when looking at the overall violent crime rate. From 2011 to 2015, there was a 3.1 percent increase statewide in the rate of violent crimes, a category that includes homicides, rapes, robberies and aggravated assaults.

Stone’s claim might give some the impression there’s been a consistent rise in crime during these years, which is not the case. The violent crime rate ratcheted up in 2012 and 2015, but went down in the other years.

Also, the lawmaker’s claim that violent crime spiked 12 percent in 2015 is not correct; that figure comes from an FBI report that studies only the first six months of the year and only large cities. A full year, statewide report showed the violent crime rate increased 8.4 percent that year.

In the end, we determined Stone’s statement is partially accurate but leaves out important details and takes things out of context.

Politifact Rating:
Half True
"Since the passage of Proposition 47 by voters in 2014 and the signing of AB 109 in 2011, violent crime has been on the rise in California, up 12 percent in 2015 statewide according to the FBI."
Jeff Stone
California State Senator