As wildfires continue to burn millions of acres of land in Australia, some social media users are misusing a digital visualization to draw attention to the disaster.

One image published on Facebook Jan. 5 claims to show a satellite view of Australia provided by a NASA satellite.

"Pray for us please," the user wrote alongside the image, which shows bright orange spots where fires are purportedly burning across the continent.

The image was flagged as part of Facebook’s efforts to combat false news and misinformation on its News Feed. (Read more about our partnership with Facebook.) Similar versions have been shared thousands of times on both Facebook and Instagram, where some celebrities and public figures have reposted it.

The photo isn’t a satellite image of Australia — it’s a digital visualization of fire data.

"These are all the areas which have been affected by bushfires," Hearsey said in his photo caption. "Scale is a little exaggerated due to the render’s glow. Also note that not all the areas are still burning." 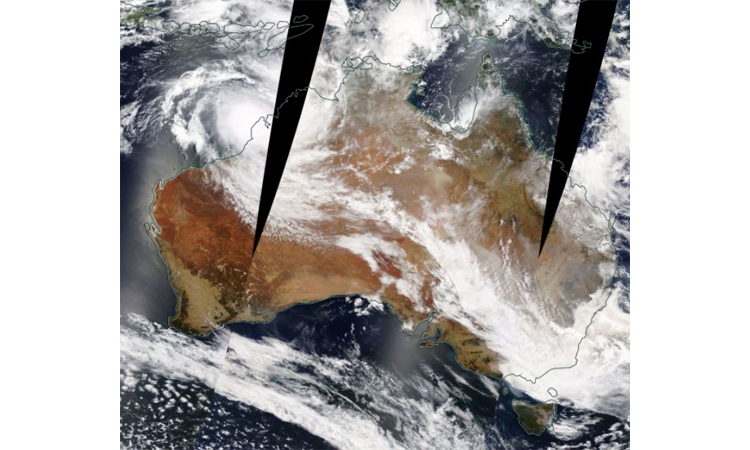 A map from FIRMS that shows the locations of active fires in Australia also helps place Hearsey’s digital visualization in context. 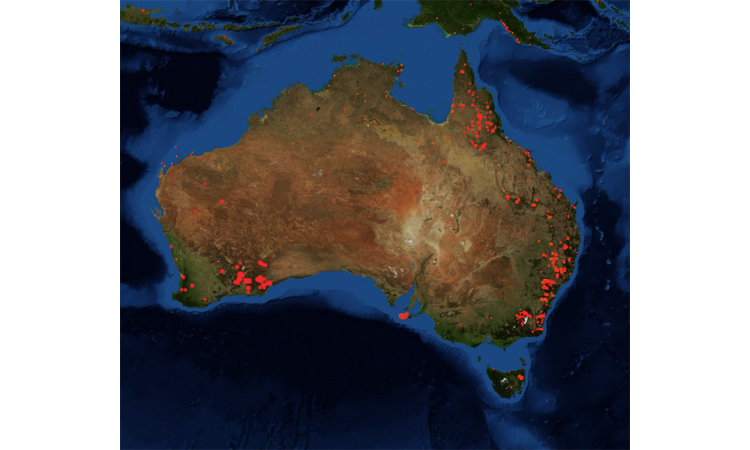 The Facebook posts that portray the visualization as a NASA satellite image are wrong. We rate the claim False.