After Iran launched missiles at two United States military bases in Iraq, false images and videos were shared widely on Facebook. And some of them were posted by verified accounts with large followings.

One user’s Jan. 7 post includes three photos of what appear to be missiles and explosions that took place at night. The photos were originally shared by a Facebook page called Kollege Kidd, which is verified and has more than 1 million followers.

The images were flagged as part of Facebook’s efforts to combat false news and misinformation on its News Feed. (Read more about our partnership with Facebook.) They have been shared thousands of times. 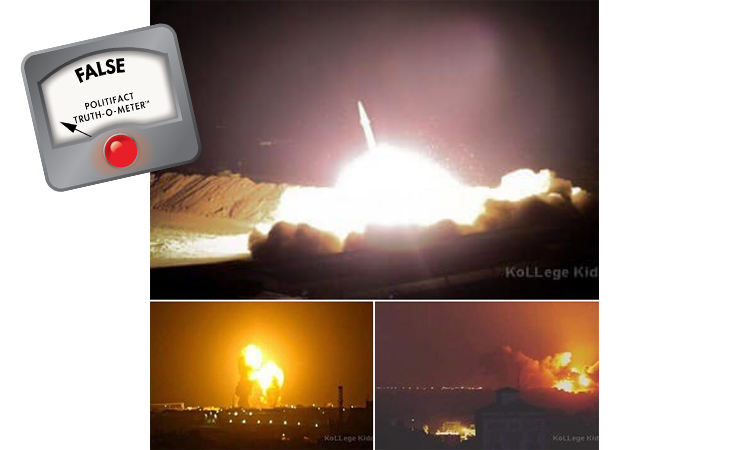 Like other visuals shared on social media after Iran’s strike, these photos were posted out of context. All of them depict old missile strikes, according to reverse image searches.

The top photo, originally published by the European Pressphoto Agency, shows a June 18, 2017, attack by Iran against the Islamic State in Syria.

The bottom-left photo was published by the Agence France-Presse and depicts the impact of a Nov. 15, 2019, Israeli missile strike in the Gaza Strip.

The bottom-right photo shows a July 22, 2014, fire in the Gaza Strip impact after an Israeli missile strike. Its source is the Associated Press.

Below is footage that Iran has released from its Jan. 7 strike in Iraq. There were no reported casualties.

HuffPost, "This Is What Iftar In Gaza Looks Like As Ramadan Violence Continues," July 27, 2014