President Joe Biden speaks during an event to commemorate the 50 millionth COVID-19 shot, in the White House campus on Feb. 25, 2021, in Washington. (AP/Vucci)

The posts, and others like them, were flagged as part of Facebook’s efforts to combat false news and misinformation on its News Feed. (Read more about our partnership with Facebook.)

The posts echoed a similar statement from a Senate candidate who claimed Biden had raised the cost of insulin for some of the most vulnerable Americans. PolitiFact rated that Mostly False.

That claim hinged on the Biden administration’s decision to freeze the implementation of several federal agency rules that had not gone into effect as of Jan. 20. Among those pending rules was an insulin-related executive order issued by former President Donald Trump in July 2020.

But the White House’s decision to temporarily freeze the rule could not have raised the current price of insulin products because the rule had not gone into effect yet. It was set to kick in on Jan. 22, two days after the White House announced its regulatory freeze. The freeze on the insulin-related rule is effective until March 22.

Moreover, the Trump rule is narrowly targeted and would not apply to most Americans.

The rule would apply to federally qualified health centers, which are government-supported clinics that help people facing financial obstacles to care and prescription drugs. Specifically, it would require those centers to pass along to patients any discounts they get on purchases of insulin and epinephrine through a federal drug pricing program called 340B, rather than pocketing the difference.

Supporters of the rule say it would help people who struggle to pay for pricey medications, but the Health and Human Services Department wrote in the Federal Register that it believed the rule would have "minimal economic impact" because of its limited scope.

"Many FQHCs reported already passing their discount savings onto patients and that the rule would create an administrative burden," the American Diabetes Association said in a statement.

The National Association of Community Health Centers said in its own statement that "overall prices of insulin and Epipens across the country are not affected by the Trump Administration regulation or the recent action by the Biden Administration."

Rising insulin prices are a problem for the millions of Americans who rely on the medication to manage their diabetes. The high costs have been driven largely by the business practices of manufacturers, health plans and pharmacy benefit managers, PolitiFact reported.

PolitiFact messaged the two Facebook posters who said their insulin costs had jumped from $60 to $500 and $328. We did not hear back from either.

Instagram posts
stated on January 9, 2023 in a video shared on Instagram
“The World Health Organization has been working since 1974 on vaccines to create permanent sterility.”

A November report from GoodRx, a company that reports on drug prices, shows wide variation in the retail prices for 27 insulin products across all manufacturers and insulin types.

But over time, "insulin prices are stable," said Tori Marsh, director of GoodRx research, who re-crunched the numbers in a chart for PolitiFact. 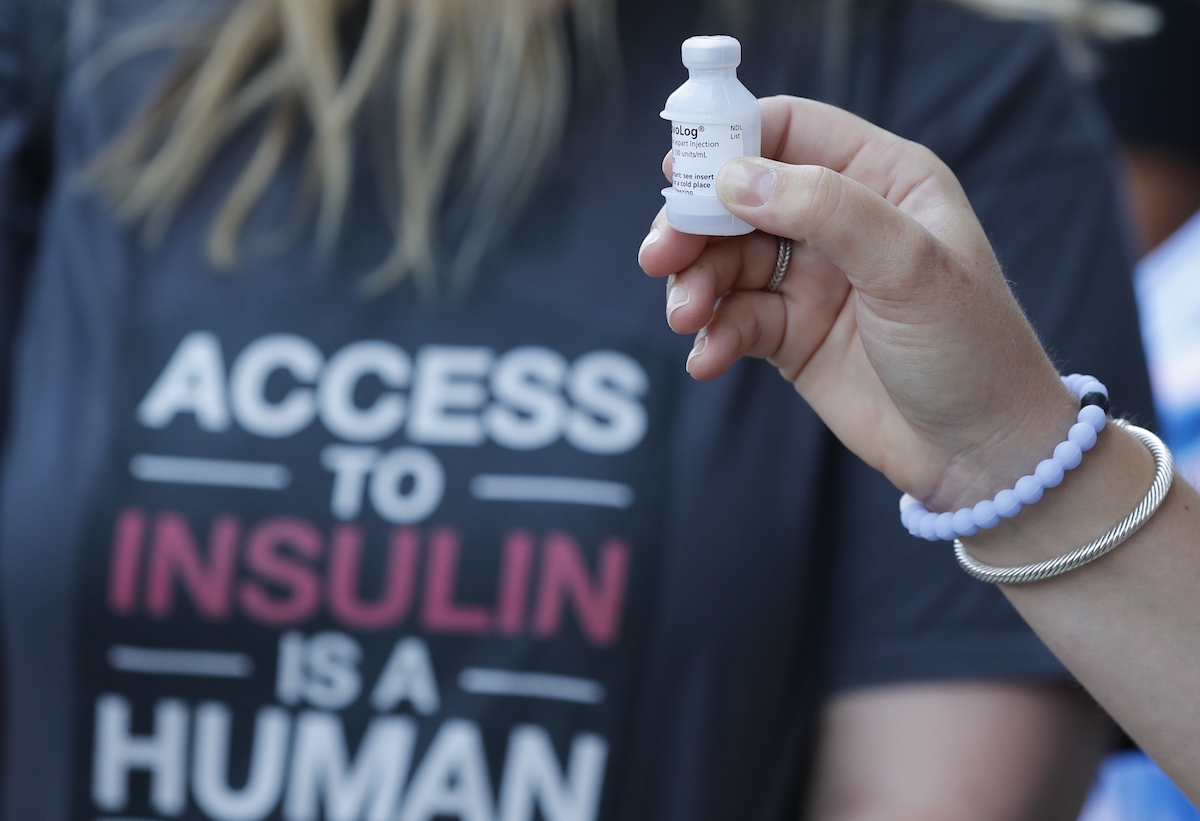 A patient holds a vial of insulin during a news conference outside the Olde Walkersville Pharmacy on July 28, 2019, in Windsor, Ontario, where the medication is far less expensive than across the border in Detroit. (AP)

What patients pay for insulin depends on several factors, including the type of insulin product they use and the type of insurance coverage they have, if any. Both insurance plans and drug prices can change year to year.

"One possibility for those with insurance coverage is that their plan may have made changes to the insulin products they cover, or changed the preferred status of certain insulins, actions which would increase out-of-pocket costs between one year and another," said Juliette Cubanski, deputy director of the program on Medicare policy at the Kaiser Family Foundation.

Insulin costs could have also gone up for some patients because their insurance includes a deductible at the start of each new year, Cubanski said. These patients would have to pay full price for their medications until their out-of-pocket costs surpass the deductible.

"The January price increases that consumers may have seen were likely because of their deductible resetting," Marsh said.

These explanations for high prices are "just the basic facts of how insurance works, not the result of any Biden administration action," Cubanski said, adding that Biden has not changed any Trump administration policies affecting insulin beyond the regulatory freeze.

For example, a Trump administration policy created a new option under Medicare Part D where drug plans can provide enrollees insulin at a flat monthly copay. It took effect in January, and it hasn’t changed.

Individuals who take insulin could have seen prices fluctuate for several reasons related to their insurance coverage and the specific medication they use. But those changes can’t be pinned on the Biden administration’s actions, experts said.

The Biden administration did temporarily freeze a directive related to one federal program, but that would not have affected current insulin prices, because the policy had not yet taken effect.

The American Diabetes Association, "Understanding the Presidential Transition and what it means for Insulin Pricing," Jan. 27, 2021

WKYC Studios, "VERIFY: Did President Biden just raise the cost of insulin by freezing a Trump administration rule that would have made insulin less expensive?" Jan. 26, 2021

IQVIA, "Diabetes Costs and Affordability in the United States," June 29, 2020

PolitiFact, "Why are insulin prices going up? Chuck Grassley explains it," Feb. 2, 2021

Email interview with Juliette Cubanski, deputy director of the program on Medicare policy at the Kaiser Family Foundation, Feb. 25, 2021