Instagram posts
stated on June 29, 2021 in an Instagram post:
“Muslim BTS fan accidentally plays the song 'Dynamite' instead of Azaan on loudspeakers at 4am; gets arrested.”

An image circulating on Instagram and other social media platforms tells an elaborate story about a 21-year-old man who was arrested for interrupting a Muslim call to prayer.

The man accidentally connected his phone to the loudspeakers at a mosque in Jaunpur, India, at 4 a.m., according to the post. So instead of the Muslim call to prayer, the post claims, the community heard the speakers play "Dynamite," the hit song by the K-pop boy band BTS.

"Muslim BTS fan accidantally plays the song ‘Dynamite’ instead of Azaan on loudspeakers a 4 AM; gets arrested," the June 29 post said. 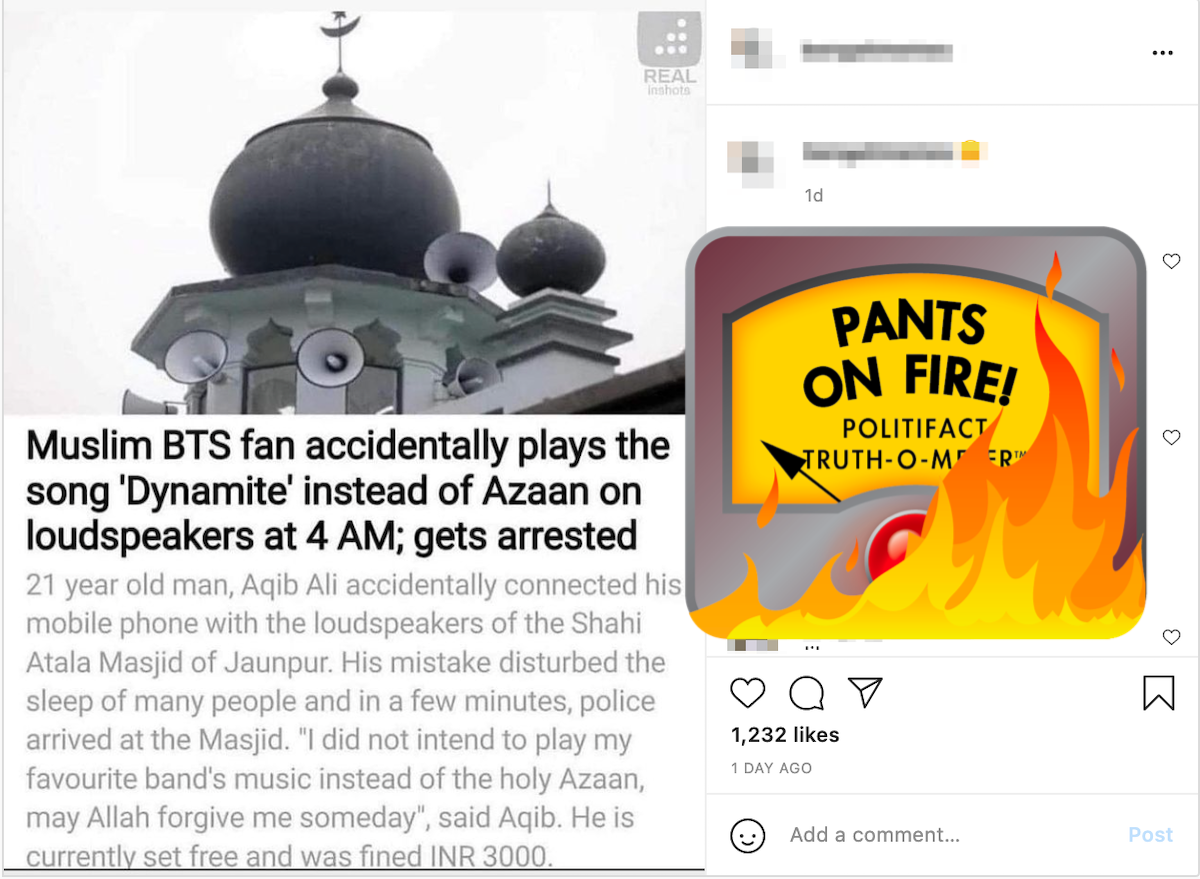 A screenshot of a June 29 Instagram post sharing a satirical story about an incident at a mosque.

The problem with the story: It’s not true. It was created as satire.

A watermarked logo in the top right corner of the image indicates that the post originated with an Instagram account called "Real Inshots." The page says in its bio it is "India's foremost fictitious source of news."

TikTok posts
stated on July 19, 2022 in a TikTok post
An image shows Rep. Marjorie Taylor Greene in front of a cross with a figurine of former President Donald Trump on it.

The original Instagram post no longer appeared on the account’s page on July 1, but versions of it were also shared elsewhere, including on Facebook. They were flagged as part of Facebook’s efforts to combat false news and misinformation on its News Feed. (Read more about our partnership with Facebook.)

The Real Inshots account has since clarified in a series of Instagram stories saved to its page that the mosque incident the post described never happened.

"The post was satire, and we didn’t intend to make it viral and baffle people," the account also said in response to an inquiry from PolitiFact sent through Instagram. 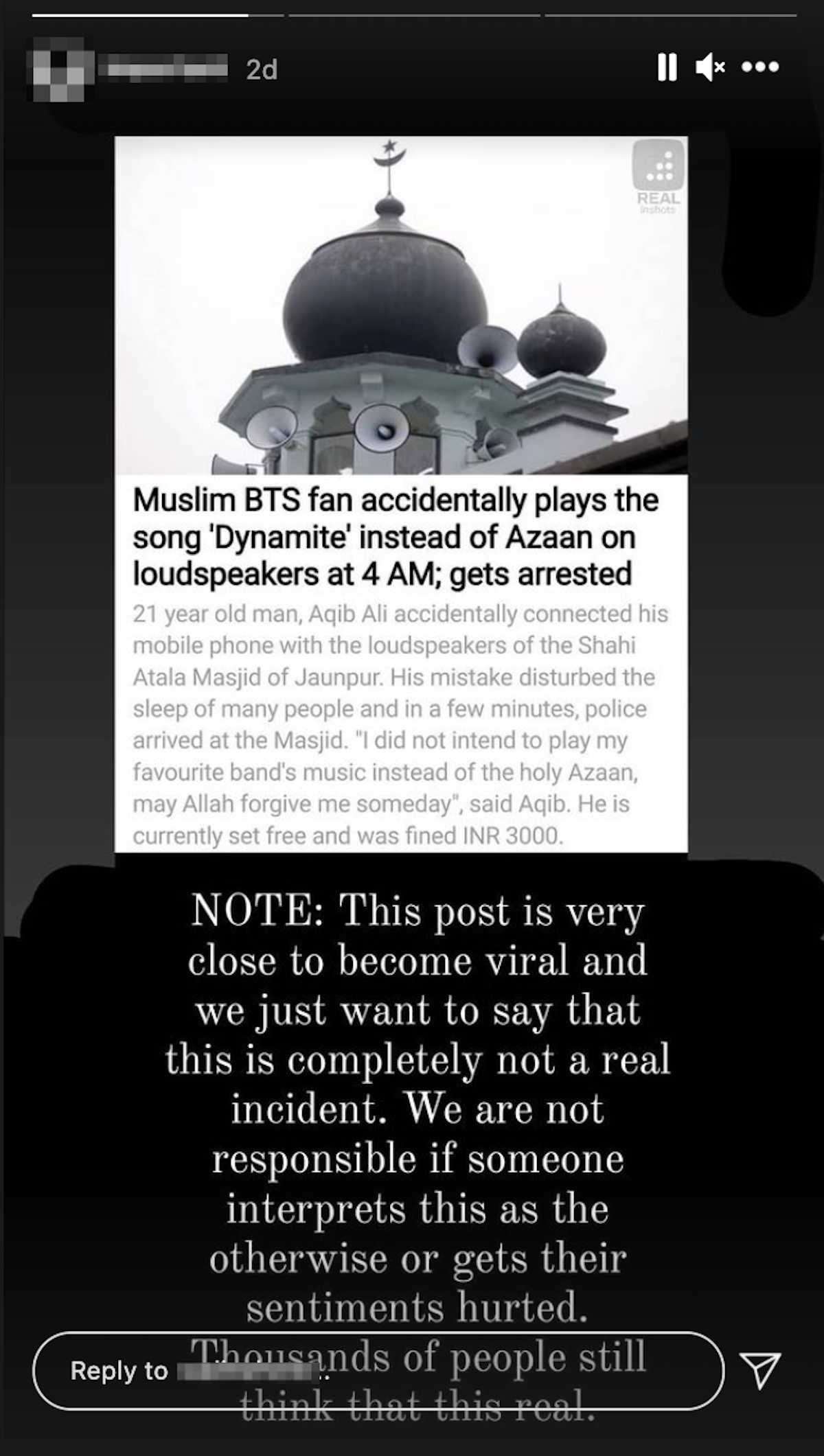 Fact-checkers in the U.S. and India also concluded that the story told in the post was made-up. In fact, the mosque shown in the post does not actually resemble the mosque in Jaunpur where the image claims the incident took place, India’s The Quint reported.