Kayleigh McEnany
stated on July 6, 2021 in a TV segment:
“We know most of our forefathers, all of our main Founding Fathers were against slavery, recognized the evils of it.”

The Thomas Jefferson Memorial is seen on March 11, 2019, in Washington D.C. (AP/Tenally)

Fox News host and former White House press secretary Kayleigh McEnany accused others of "getting the facts wrong" about the Founding Fathers and slavery — all while getting some facts wrong herself.

Five historians who spoke with PolitiFact agreed that McEnany’s claim was an inaccurate oversimplification.

"I think the most charitable thing you could say about her statement is that it reflects an utter ignorance of American history," said Paul Finkelman, the president of Gratz College in greater Philadelphia, who has written several books on American slavery.

Some of the most celebrated Founders were more tolerant of slavery than McEnany claimed, and the majority of the signers of the Declaration of Independence owned enslaved people.

Fox News did not respond to requests for comment.

Who counts as a Founding Father? 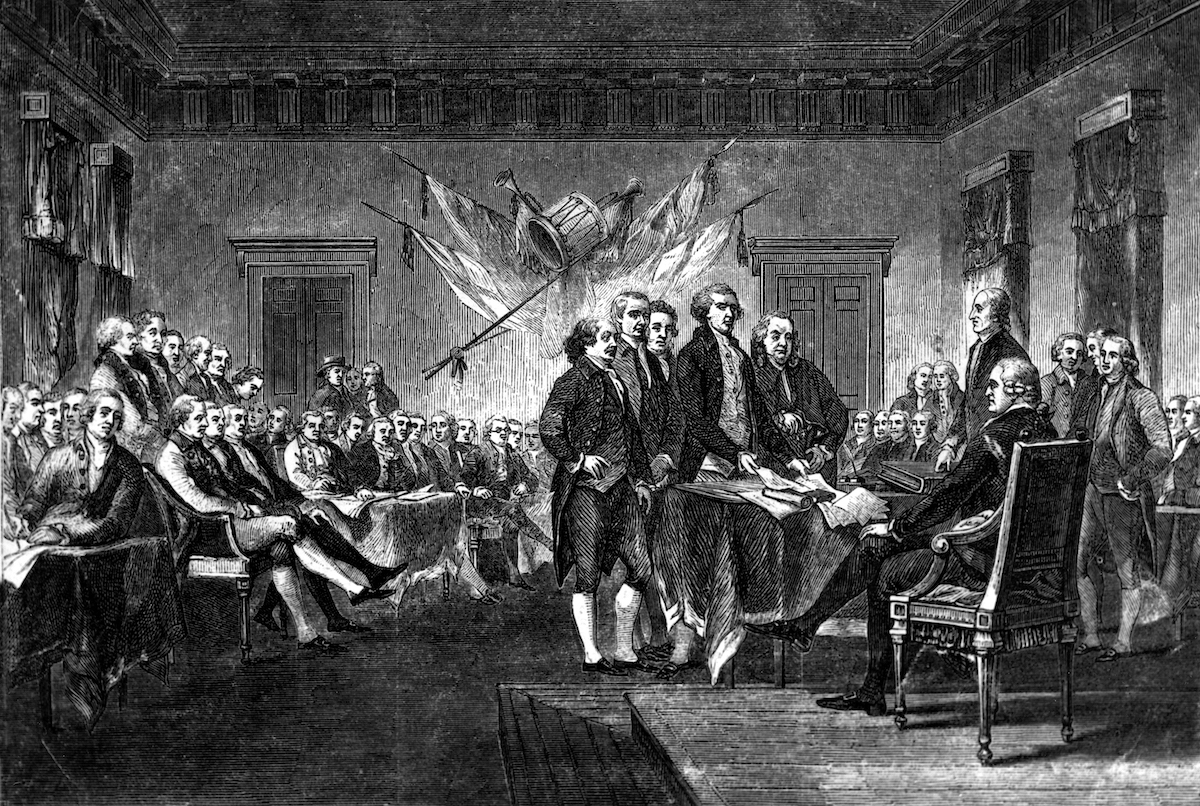 This undated engraving shows the scene on July 4, 1776 when the Declaration of Independence was approved. (AP)

The term "Founding Fathers" is typically used to refer to the revolutionary leaders who united the colonies, led the American effort for independence and structured the U.S. government.

Most discussions include Washington, Jefferson, Madison, John Adams, Alexander Hamilton and Benjamin Franklin. "After these big six, the list gets complicated," Glover said.

There were leaders who supported the revolution and fought in the war, those who signed the Declaration of Independence in 1776, and those who backed the Constitution in 1787. The historians PolitiFact consulted listed dozens of figures who could qualify as Founders.

"It's an ever-shifting group," said Todd Estes, professor of history at Oakland University. 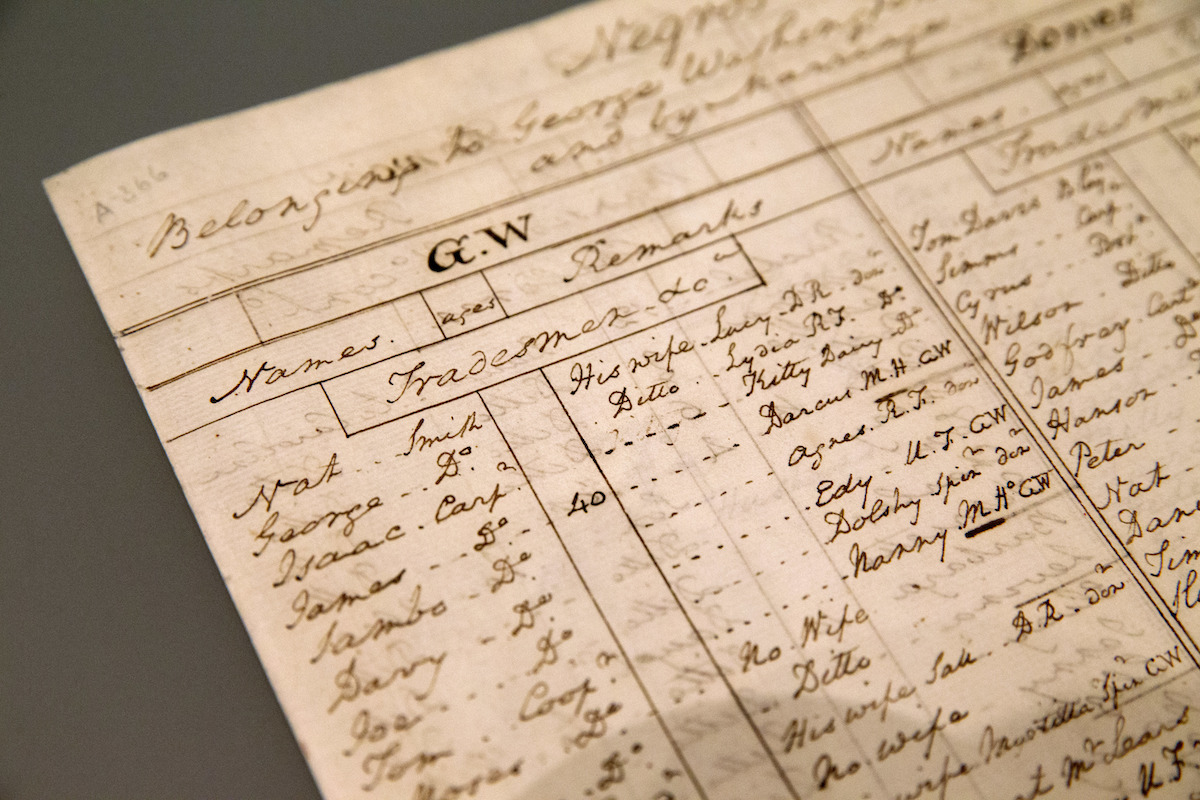 McEnany did not specify who she saw as the "main Founding Fathers," but in the Fox News segment, she cited an article from the Heritage Foundation, a conservative think tank.

Among those, Adams was the most opposed to slavery. He never owned people and was "staunchly antislavery," said Sean Wilentz, a Princeton University historian.

Franklin owned a few enslaved people but freed them later and became president of the Pennsylvania Abolition Society.

Morris referred to slavery at the Constitutional Convention as the "curse of heaven" and pushed for emancipation in New York.

And Jay, who helped write the Federalist Papers and became the first chief justice, signed a law to gradually end slavery in New York.

But there was a struggle over slavery at the nation’s founding, Wilentz said. Other Founders had more complicated records — to the point that a British essayist wrote in 1775, "How is it that we hear the loudest yelps for liberty among the drivers of negroes?"

Hamilton, for example, was a founder of the New York Manumission Society, an anti-slavery group. But he married into a slave-owning family and may have owned at least two people himself. He also supported several Federalist Party slaveholders as presidential candidates.

Three other prominent Founders — Washington, Madison and Jefferson — all wrote at some point of their lament for the institution of slavery, Glover said. But they also enslaved people.

Washington, the nation’s first president, owned hundreds of enslaved people, though he ultimately freed them in his will. Thanks in large part to his friend the Marquis de Lafayette, Washington came to oppose slavery. He once said that he wished to see a plan for the abolition of the institution.

Madison, the principal author of the Constitution and fourth president, owned more than 100 people, and he also proposed to amend the Northwest Ordinance to allow slavery in the Indiana Territory, Finkelman said. 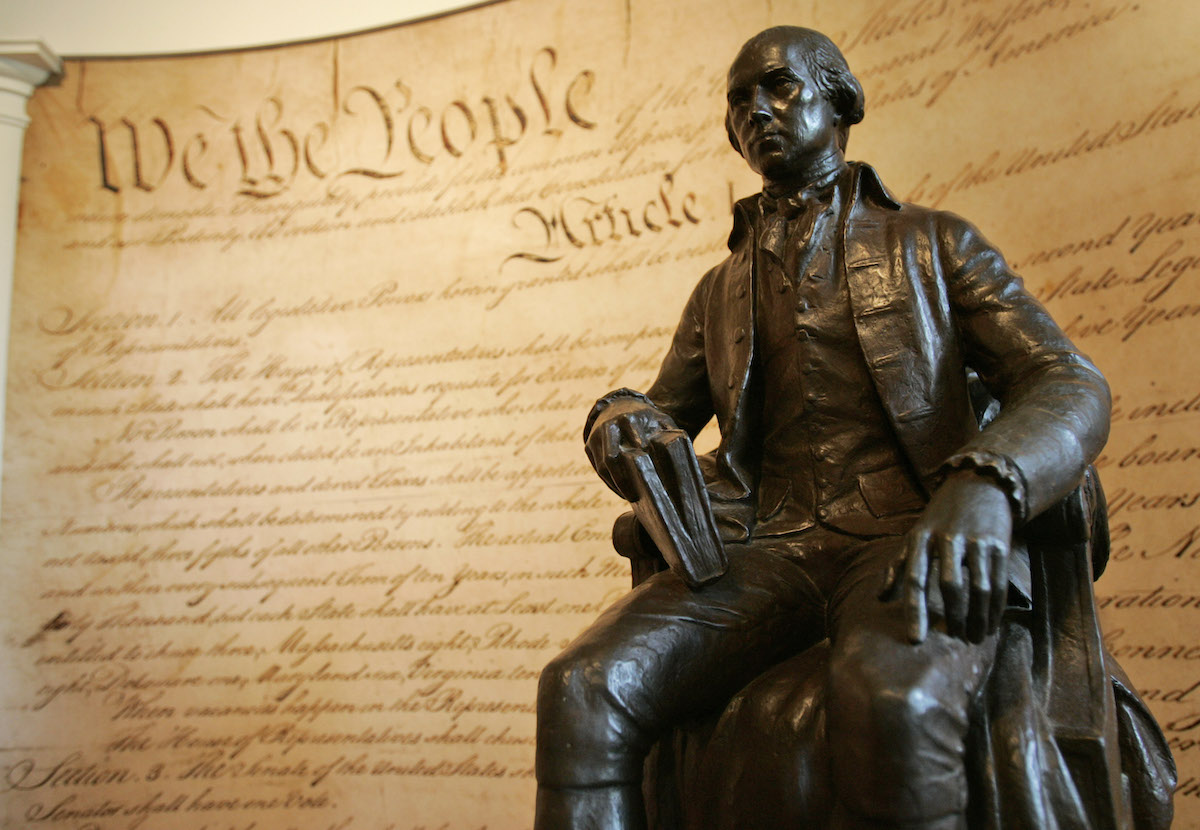 A statue of former President James Madison is shown in front of a mural of the Constitution in the education center at Montpelier, Madison's home, in Orange, Va., on Aug. 13, 2008. (AP)

The Constitution protected the institution of slavery, Finkelman argued. It allowed slaveholders to capture runaways. It also required that a constitutional amendment be ratified by three-fourths of states to end slavery — a tall task for a nation with several slave states, and one that was achieved only after many of those states seceded.

Then, there was Jefferson.

The nation’s third president "said more antislavery things publicly than any of the other founders by 1787," but he also "did more to spread and defend slavery than any other during the ensuing decades," said David Waldstreicher, a historian at the City University of New York.

As the chief architect of the Declaration of Independence, Jefferson wrote that "all men are created equal," and he condemned slavery and blamed the king for the slave trade in a separate passage that was eventually cut from the document. He backed some legislation that chipped away at the institution of slavery and likened it to forcing tyranny on both the slaveholder and the enslaved.

At the same time, Jefferson enslaved over 600 people. He described Black people as racially inferior. He often sold people to punish them, Finkelman said, and when asked to speak against allowing Missouri to become a slave state, Jefferson refused. He and many other southern Founders were "committed to the institution of slavery," Finkelman said. 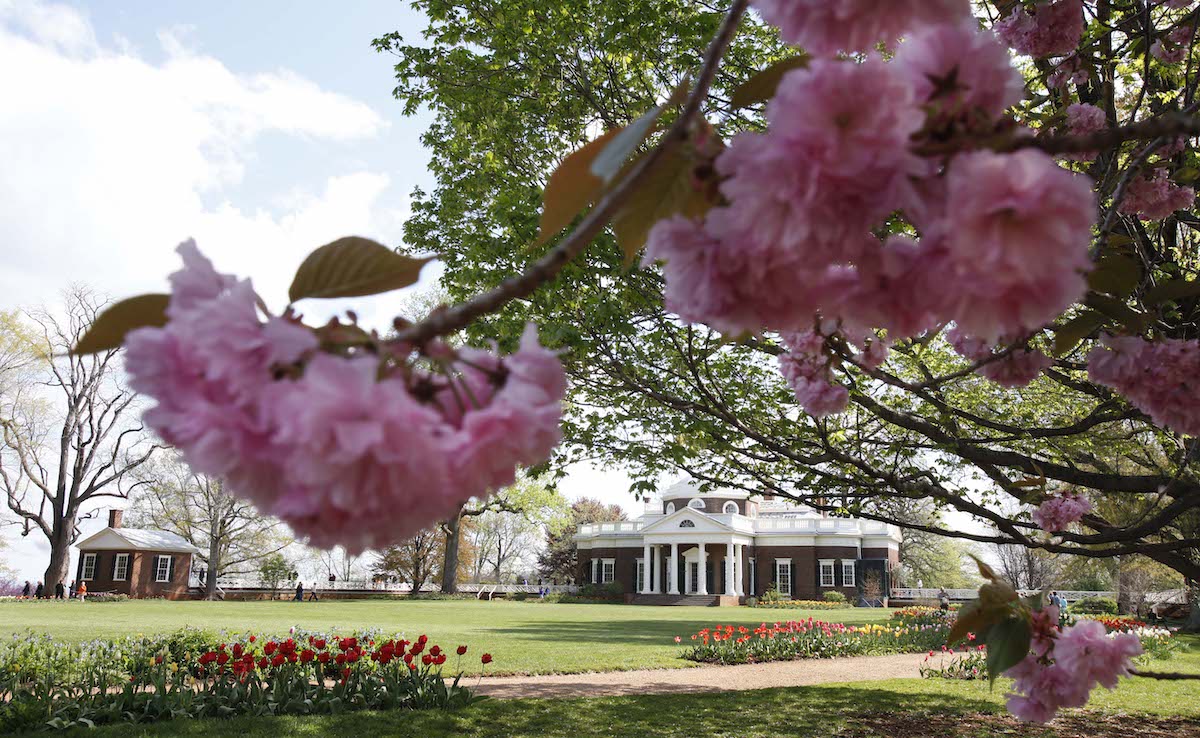 Overall, McEnany’s claim about the Founding Fathers is "contradicted by the lack of substantive action on the part of the Founders to end slavery," said Estes, from Oakland University.

"In other words," Waldstreicher added, "they tried to have it both ways."

Other men who could be considered Founders were more adamantly pro-slavery, including southerners from Georgia or the Carolinas like Charles Pinckney, who signed and contributed clauses to the Constitution and later became South Carolina’s governor. During the Constitutional Convention, Pinckney said slavery was "justified by the example of all the world."

Finkelman said, "If the Founding Fathers thought slavery was wrong and was evil, why didn’t they end it?"

McEnany said, "We know most of our forefathers, all of our main Founding Fathers were against slavery, recognized the evils of it."

Historians said that’s an oversimplification that ignores the lack of action among the Founders to get rid of slavery.

Of the most eminent Founding Fathers, a few were against slavery. Others were lifelong slaveholders who showed some distaste for the practice in their lives and writings.

Of the broader group of people who could be considered Founders, there were also southerners who were vehemently pro-slavery. The majority of the signers of the Declaration of Independence owned enslaved people.

UPDATE, July 9, 2021: This fact-check was updated to clarify that Thomas Jefferson was not in Congress when asked to speak against Missouri becoming a slave state.

Raw Story on YouTube, "Kayleigh McEnany: 'All of our main Founding Fathers were against slavery,'" July 6, 2021

The Daily Beast, "Kayleigh McEnany Falsely Claims ‘All of Our’ Founding Fathers Were ‘Against Slavery,'" July 6, 2021

History.com, "Why Thomas Jefferson's Anti-Slavery Passage Was Removed from the Declaration of Independence," Juny 29, 2020

USA Today, "These are the 56 people who signed the Declaration of Independence," July 4, 2019

PolitiFact, "Evidence shows most of the 47 men in famous 'Declaration of Independence' painting were slaveholders," Sept. 10, 2019

Email interview with David Waldstreicher, professor of history at the Graduate Center at the City University of New York, July 7, 2021