Social media users are sharing a made-up tweet that purports to show Chelsea Clinton saying, "If Jesus were alive today he’d be working at Planned Parenthood."

The tweet is fake, a spokesperson for Chelsea Clinton’s office confirmed. Clinton never posted it, a review of her Twitter feed shows. But posts sharing it got more than 48,500 interactions on Instagram and Facebook, according to CrowdTangle, a social media insights tool.

"It’s so wrong of Archbishop Salvatore Cordileone to deny President Biden and Speaker Pelosi Holy Communion because they support a woman’s God given right to choose. If Jesus were alive today he’d be working at Planned Parenthood. Read your Bible Father." 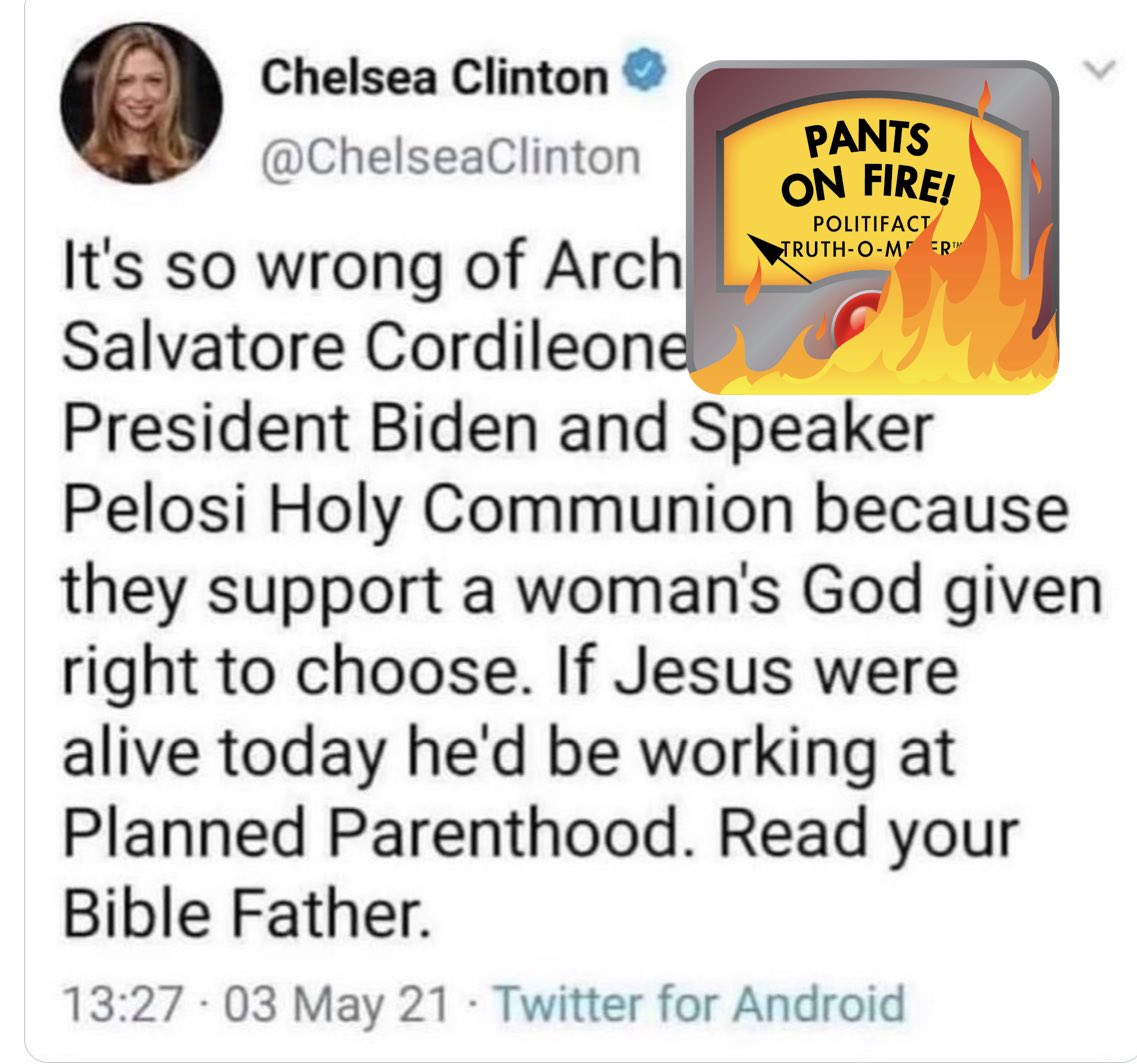 A screenshot of a fake tweet falsely attributed to Chelsea Clinton.

The fake tweet appears to reference a letter written by the Rev. Salvatore Cordileone, the archbishop of San Francisco. Cordileone argued against Catholics who favor abortion rights receiving communion. We found no evidence Chelsea Clinton tweeted about this matter at all.

Snopes, "Did Chelsea Clinton Tweet ‘If Jesus Were Alive Today He’d Be Working at Planned Parenthood’?" May 7, 2021

Reuters, "Fact Check-Chelsea Clinton did not tweet about Jesus and Planned Parenthood," May 7, 2021

Statement from Chelsea Clinton’s office, May 7, 2021