Sean Hannity
stated on January 27, 2022 in a radio show segment:
“There's never been a president (before Joe Biden) that has made race and gender the defining factor” for a Supreme Court nomination.

Fox News host Sean Hannity misleadingly claimed that President Joe Biden was venturing into unprecedented territory with his pledge to nominate a Black woman as a replacement for U.S. Supreme Court Justice Stephen Breyer, who is retiring after 28 years.

"I'm saying this fully acknowledging that there are definitely qualified people in all backgrounds, all races, all religions, etc., etc.," Hannity said Jan. 27 during a conversation on his radio show. "But there's never been a president that has made race and gender the defining factor. That's the difference here."

Biden, who promised during his campaign to nominate the first Black woman to the nation’s highest court, said he plans to settle on a nominee before the end of February. Only two Black men, the late Justice Thurgood Marshall and Justice Clarence Thomas, and only one woman of color, Justice Sonia Sotomayor, who is Hispanic, have ever served on the Supreme Court.

But Hannity’s claim that Biden did what’s never been done before when he announced his intent to fill Breyer’s seat with a Black woman — a move some conservatives have cast as affirmative action — runs counter to the long history of Supreme Court nominations.

A spokesperson for Hannity’s radio program did not respond to a request for comment.

Less than two years ago, President Donald Trump vowed to nominate a woman to replace the late Justice Ruth Bader Ginsburg. He then appointed Justice Amy Coney Barrett to the vacancy. 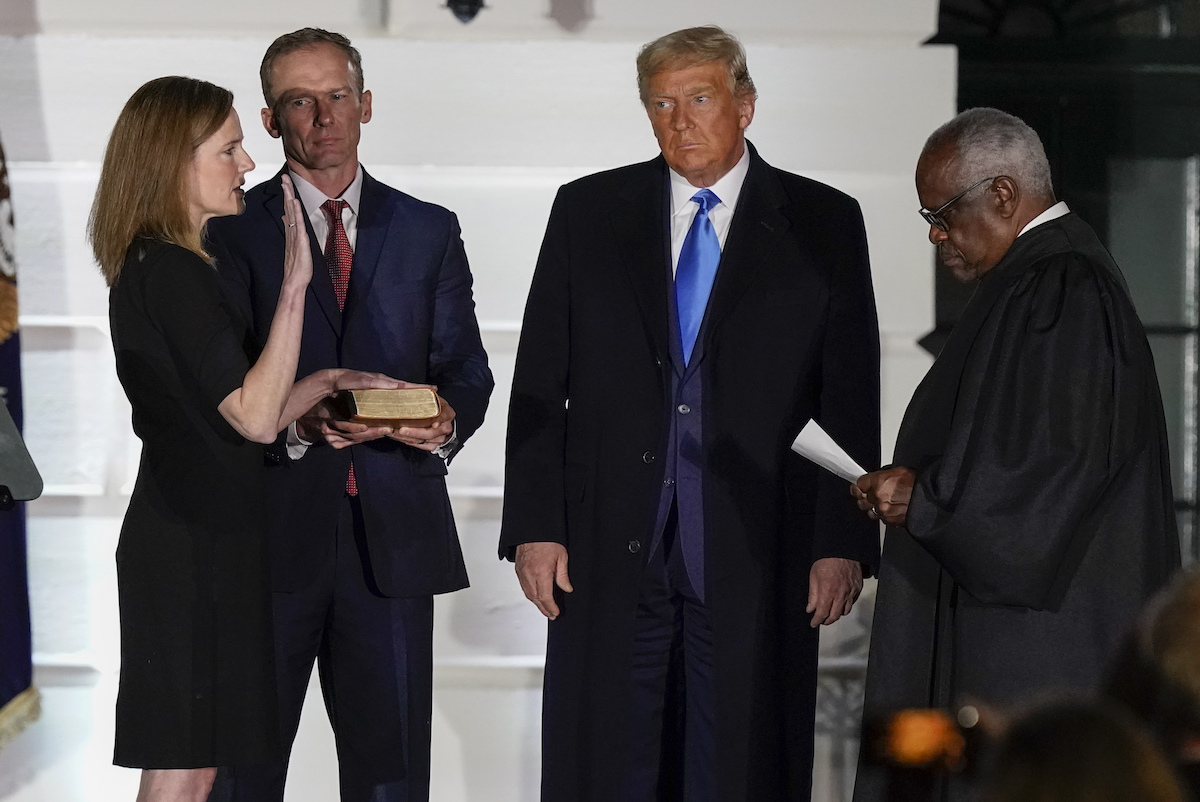 "I will be putting forth a nominee next week. It will be a woman," Trump said Sept. 19, 2020, during a rally in Fayetteville, North Carolina. He later added: "It will be a woman, a very talented, very brilliant woman. I haven’t chosen yet, but we have numerous women on the list."

Decades earlier, President Ronald Reagan said that if he were elected, he would nominate the first woman to the Supreme Court. "It is time for a woman to sit among our highest jurists," he said at a news conference weeks before the 1980 election, according to the Washington Post. 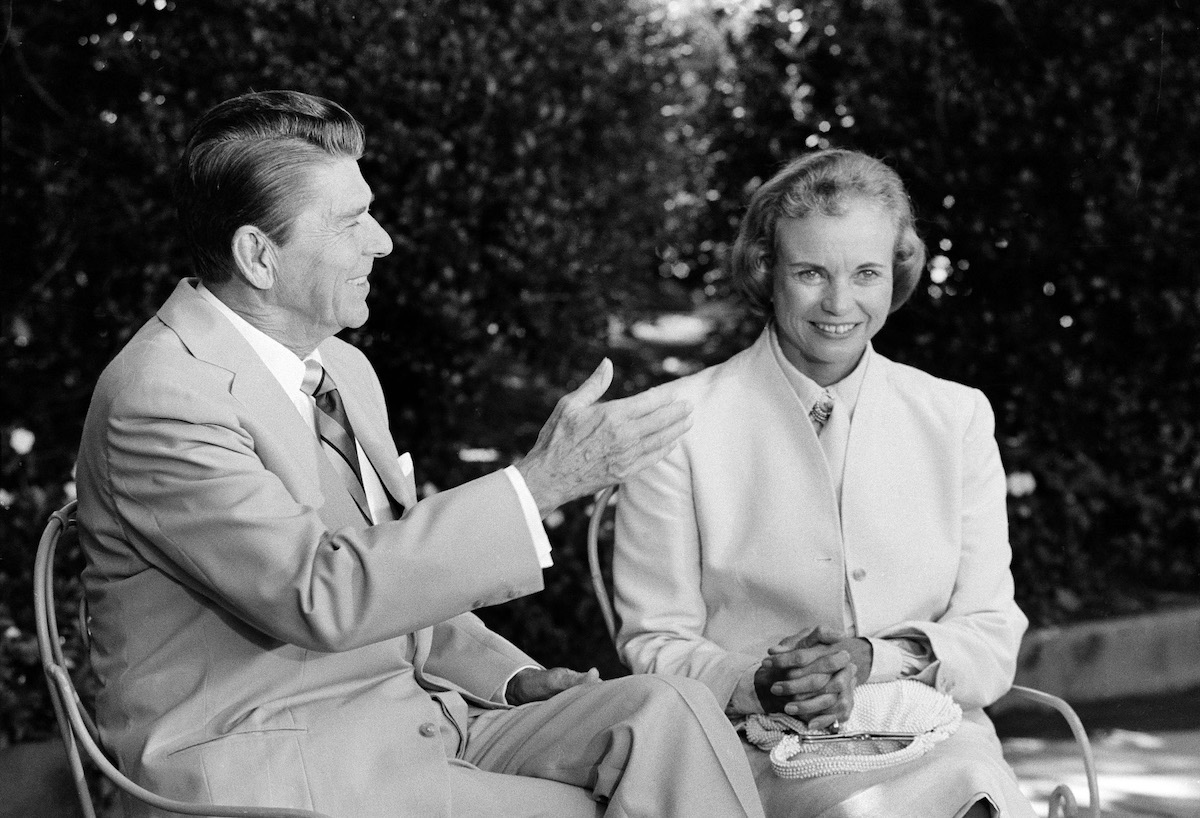 Race, and also religion, played a role in other Supreme Court nominations, as well.

Nikolas Bowie, assistant professor of law at Harvard Law School, said Hannity’s claim "ignores the reality that from 1789 through 1967, every president made race and gender a defining factor in their selection process by refusing to nominate anyone other than a white man."

Tomiko Brown-Nagin, another professor of constitutional law and history at Harvard University, said the late Justice Antonin Scalia’s Italian background was a "defining, positive factor in Ronald Reagan’s selection of him," citing a report in Slate, a progressive online magazine.

In a 2003 interview with the University of Virginia’s Miller Center, Peter Wallison, Reagan’s White House counsel at the time of Scalia’s appointment in 1986, said that Reagan "wanted to be sure that he could appoint the first Italian-American … he felt that it would be great to put an Italian-American on the Supreme Court." 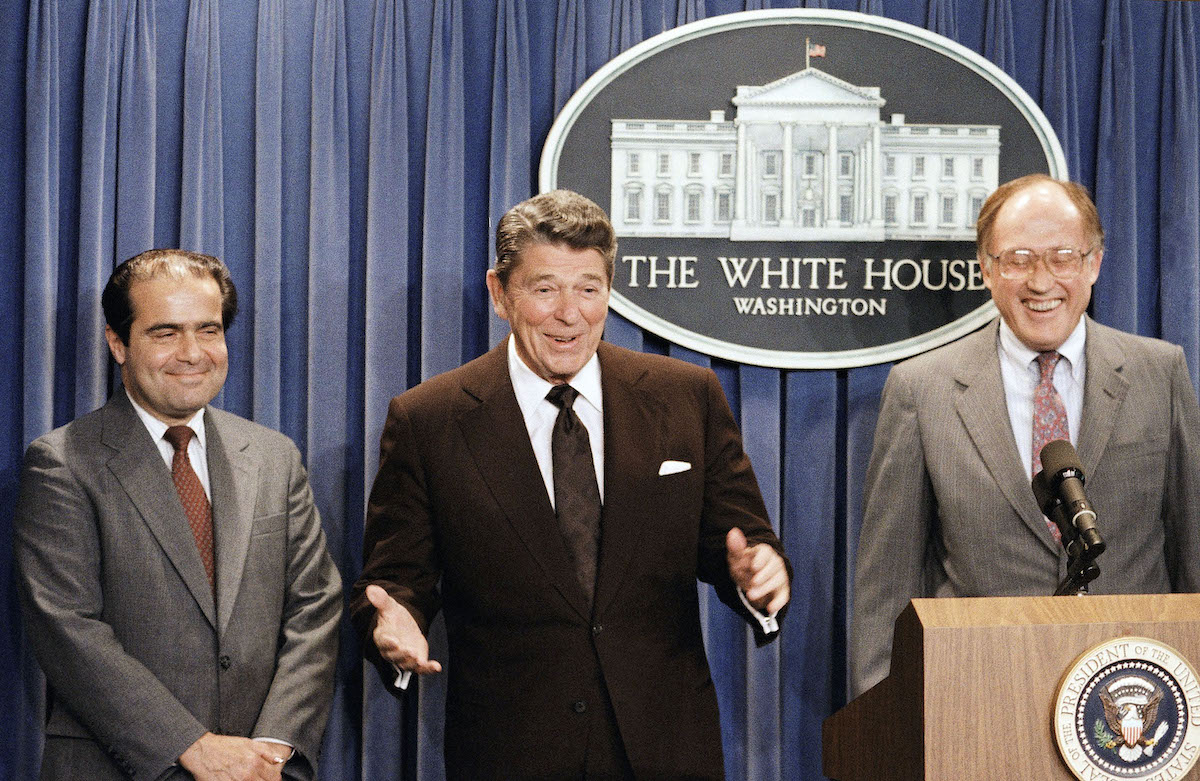 President Ronald Reagan speaks at a news briefing at the White House in Washington, where he announced the nomination of Antonin Scalia to the Supreme Court on June 17, 1986. (AP)

In 1955, President Dwight D. Eisenhower told his attorney general, "I still want the name of some fine, prominent Catholic to nominate to the bench," according to books by historian David A. Nichols, a former professor at Southwestern College, and Sheldon Goldman, a professor of political science at the University of Massachusetts at Amherst.

The late Justice William Brennan Jr., the Catholic whom Eisenhower appointed in 1956, acknowledged this during an interview with Irish America magazine. "I have seen the record that President Eisenhower, when this vacancy arose, gave instructions to the Attorney General that he would like consideration of a Catholic," Brennan said. 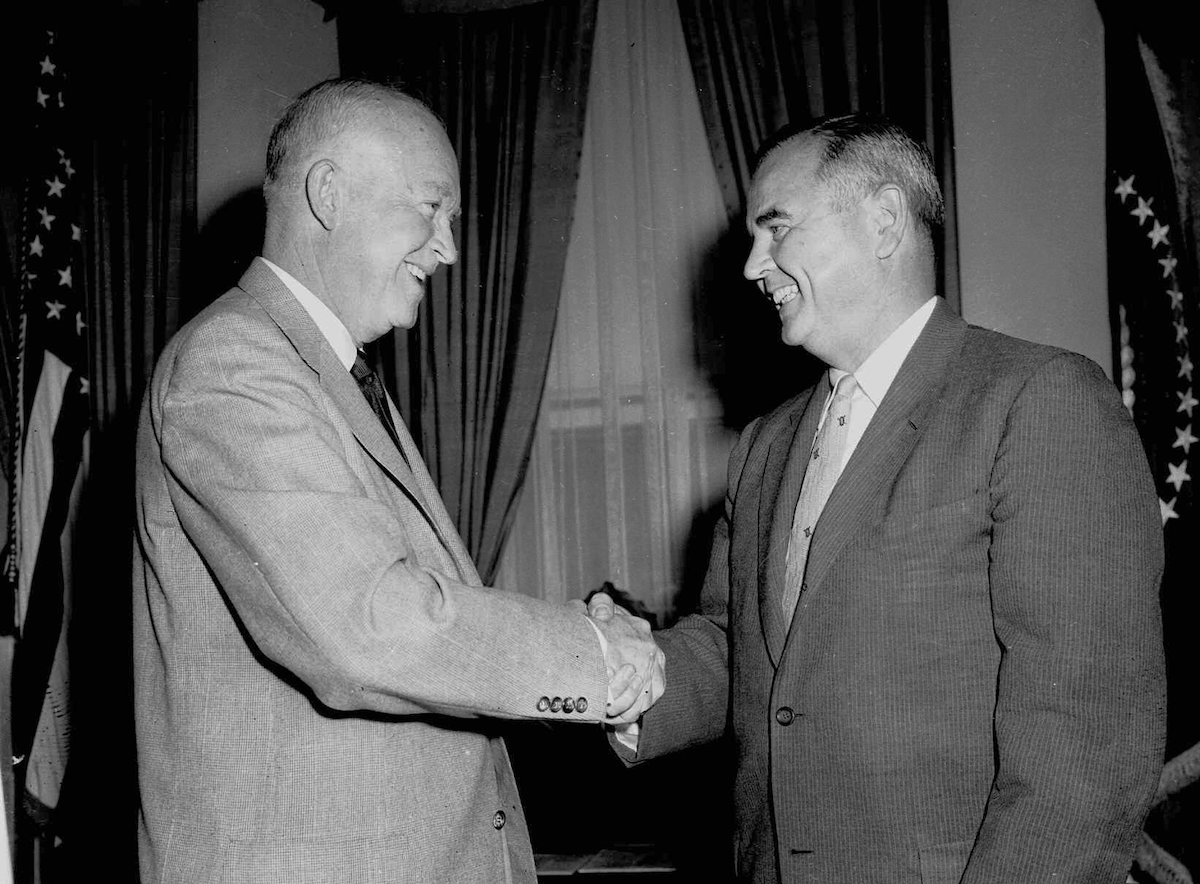 Contemporary reporting also indicated that President George H. W. Bush concentrated the search that ended with Thomas’ swearing-in in 1991 mostly on minority and female candidates, though Bush denied that he was trying to satisfy a "quota" by replacing one Black justice with another. Thomas replaced Marshall, a former civil rights attorney and the court’s first Black justice, who retired due to health issues.

Hannity said that before Biden’s recent pledge to nominate a Black woman to the Supreme Court, "there's never been a president that has made race and gender the defining factor."

The claim ignored that both Trump and Reagan made similar vows to nominate women to the Supreme Court, then followed through on those promises. Other presidents in history have also considered race and religion as they have made their picks.

Media Matters for America, "Hannity: Before Biden, ‘there's never been a president that has made race and gender the defining factor’ in SCOTUS nominations," Jan. 27, 2022

David A. Nichols, "A Matter of Justice: Eisenhower and the Beginning of the Civil Rights Revolution," accessed Jan. 28, 2022

The New York Times, "Biden is not the first president to promise to select his nominee from a specific demographic group," Jan. 27, 2022

Slate, "Did You Know Reagan Picked Scalia for the Supreme Court Because He Was Italian?" Jan. 27, 2022