Social media users have resurfaced a years-old CNN clip about Russia’s encroachment on the United States as though it reflected a new development in the Ukraine invasion.

The short clip, which received millions of views across Facebook and other platforms, shows a 2018 segment from "The Situation Room with Wolf Blitzer," an evening news program.

The segment aired on Dec. 11, 2018, not in relation to the ongoing conflict involving Russia and Ukraine, according to a capture available on the Internet Archive. The segment is on CNN’s website, as well as on the network’s YouTube channel.

But in the days since Russia launched its invasion of Ukraine, the same segment has been shared out of context on Facebook, Instagram and other platforms, as though it just ran. "Russia deploys two nuke bombers in US backyard, Venezuela," said one Feb. 28, 2022, Facebook post, which drew nearly 2 million views to the video and was shared more than 15,000 times. 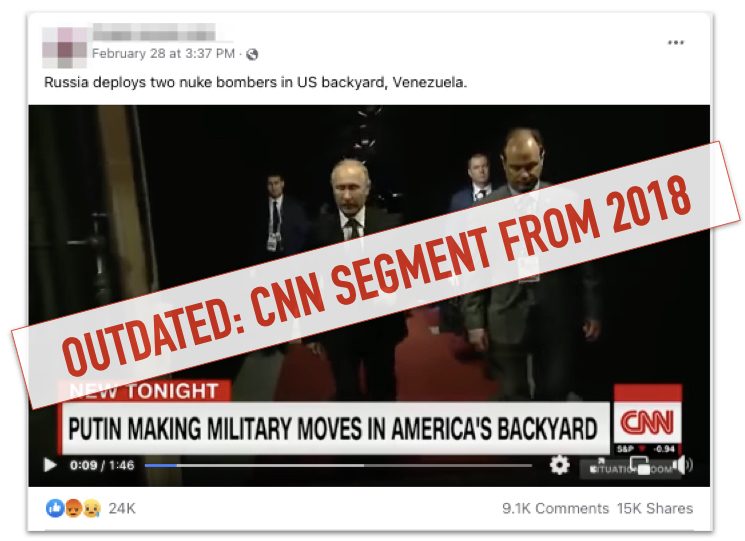 We rate those posts False.