The video was posted March 19 to YouTube, Facebook and Twitter by an Italian radio station called Radio Salento. Within 10 days, it had racked up more than 445,000 interactions — such as likes, shares and comments — across platforms, according to CrowdTangle and BuzzSumo, two social media insights tools. 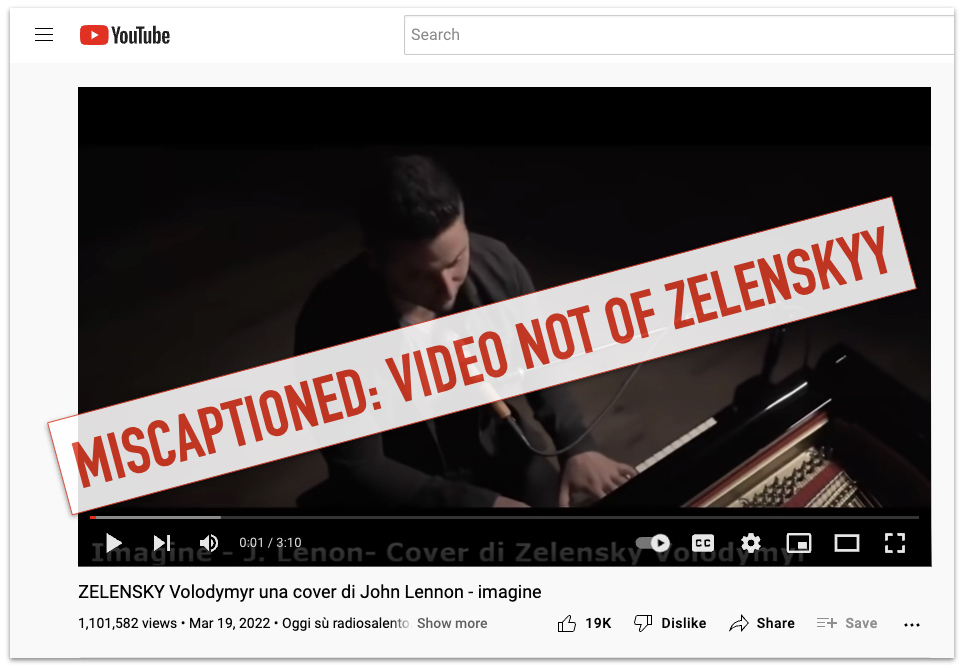 The video and posts sharing it were flagged as part of Facebook’s efforts to combat false news and misinformation on its News Feed. (Read more about our partnership with Facebook.)

Zelenskyy has captured international attention and support as he has led Ukraine in its defense against Russia’s invasion. The video, however, does not show Zelenskyy. It shows Alejandro Manzano, the lead singer of Boyce Avenue, a Florida-based band known for their cover songs. Boyce Avenue uploaded the original video of Manzano to its YouTube channel on July 9, 2017.

The miscaptioned Radio Salento video went viral weeks after another video of Manzano and singer Connie Talbot was shared online by social media users who falsely claimed it showed Zelenskyy and his wife singing "Endless Love," a song by Lionel Richie and Diana Ross.

Such claims are fueled by Zelenskyy’s previous career as an actor, writer and comedian before he entered politics and was elected president of Ukraine in 2019.

Claims that this YouTube video shows Zelenskyy are False.