How we know Joe Biden won the 2020 presidential race

Joe Biden is president-elect of the United States. But President Donald Trump and his supporters aren’t giving up the race.

Trump has brought a barrage of legal challenges contesting vote totals in several key swing states. He has repeatedly made unfounded assertions of victory and allegations that widespread voter fraud affected the outcome of the election. And on social media, his supporters have backed him up.

Since Election Day, we’ve fact-checked dozens of posts that misconstrue small errors in the ballot-counting process as evidence of a nationwide, Democrat-led voter fraud scheme. Federal officials have said that’s not the case, but alternative electoral maps and claims that the president is on track to win a second term have still proliferated on social media.

Those claims are wrong — Biden is the clear winner of the presidential race. Trump does not have a path to victory.

But how do we know that? PolitiFact crunched the numbers, looked at margins in key battleground states and looked into whether recounts and lawsuits could affect the election outcome. Have a question we didn’t answer here? Send it to [email protected]

How do we know Biden has won?

In short: He won more votes.

On Nov. 7, every major television network and the Associated Press called the presidential race for Biden. The president-elect gave a victory speech in Wilmington, Del., that evening.

But Biden isn’t the winner of the presidential race because the media say so — he’s the winner because more people voted for him in the swing states needed to win the White House. Here’s how we know that: 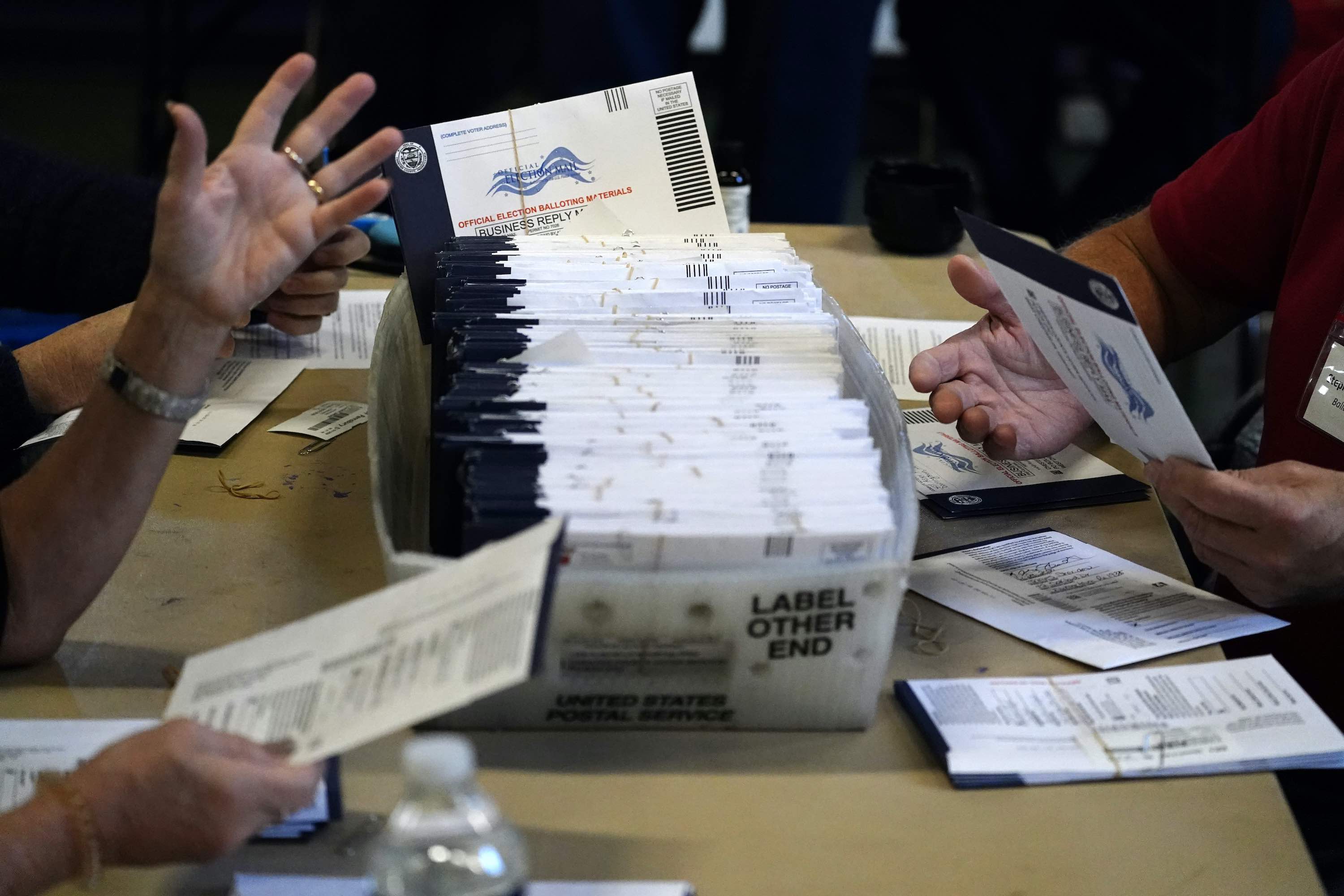 Those projections are not official results (more on that later), but they’re based on real votes reported by state election officials all over the country.

Biden needed 270 electoral votes to win the presidency and, based on vote counts reported by each state, he has passed that threshold. The former vice president also leads in the popular vote by more than 5 million votes, although that does not decide who becomes president.

How big is Biden’s margin of victory?

It’s not huge, but it’s enough to put him in the White House.

For example, in Pennsylvania — the only swing state that Biden needs to win the presidency — unofficial results indicate that the former vice president was ahead of Trump by nearly 60,000 votes as of Nov. 13. Biden also leads in other battleground states, including Arizona, Michigan and Wisconsin, by tens of thousands of votes.

Election officials are still counting votes in some states, but most of the results are in and the margins are wide enough that Trump will not be able to make up the difference. Plus, most of the votes that are left to be counted are mail-in ballots, which Democrats tended to use more than Republicans.

What is the likelihood that recounts will make a meaningful impact on the presidential election?

As one expert put it: "It’s about as close to none as it can be."

Georgia has begun a hand recount, and Trump is expected to pursue one in Wisconsin, too. But past recounts have resulted in a change of only hundreds of votes. For example, the most recent election recount in Wisconsin, in 2016, shifted the margin by 571 votes.

Biden finished ahead in Wisconsin by about 20,000 votes and led in Georgia by about 14,000 votes as of Nov. 13. It’s improbable that a recount would dramatically shrink those margins, much less hand the states to Trump.

"I don’t view that to change," said Terry Hood, a political science professor at the University of Georgia. "Maybe a little. A couple hundred votes this way or that way, but Biden has just over a 14,000 vote margin in Georgia and a recount isn’t going to change that."

Election experts said Trump would need to prevail in multiple states to climb from his 232 electoral votes to 270, an outcome they don’t foresee.

RELATED: How narrow was Joe Biden’s victory over Donald Trump?

"Based on everything I see right now, I see nothing that has a really good chance of changing the outcome for Trump," said Steven Huefner, a law professor at Ohio State University.

Writing for the Wall Street Journal, Karl Rove, a Republican political consultant and lobbyist, said recounts will not overturn the election result.

"There are only three statewide contests in the past half-century in which recounts changed the outcome: the 1974 New Hampshire Senate race, the 2004 Washington governor’s contest, and the 2008 Minnesota Senate election," Rove wrote. "The candidates in these races were separated, respectively, by 355, 261 and 215 votes after Election Day."

How does this compare to the Florida recount in 2000?

It doesn’t compare at all.

The 2000 presidential election came down to one state, and the margin between George W. Bush and Al Gore was 537 votes. In the 2020 race, Trump would have to flip tens of thousands of votes in multiple states to have any shot at winning.

The controversy in Florida was also not about really a recount, as most think it was, said Robert Speel, a political science professor at Pennsylvania State University who teaches a course on the history of American political campaigns and elections. It was about ballots that weren’t counted in the first place. 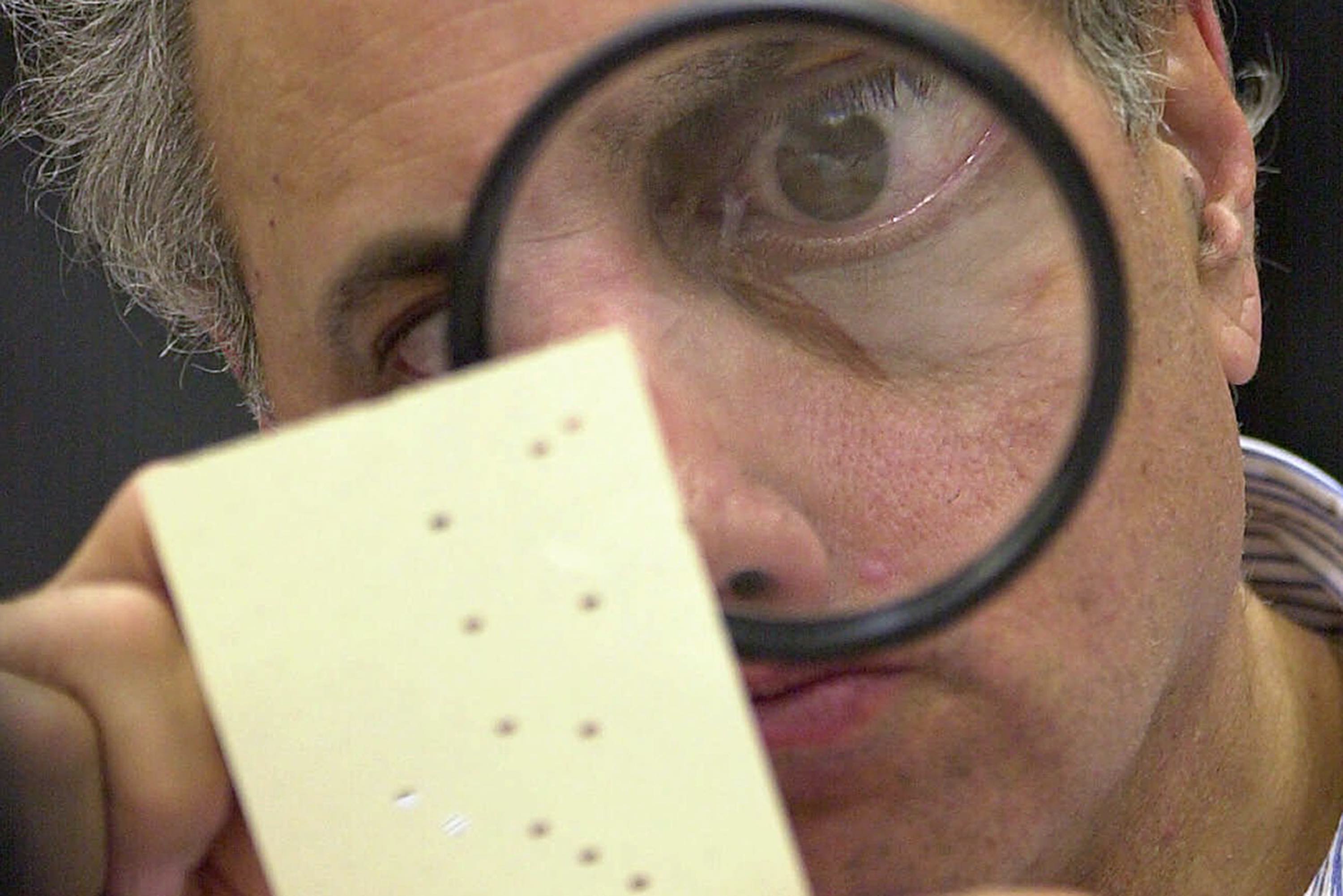 "The punch card machines and other machines had counted no votes for about 170,000 Floridians, so Al Gore was requesting hand counts of some of those ballots. It’s very different from what’s happening now," he said. "There’s not hundreds of thousands of missing votes like in 2000."
In Georgia, for example, officials are recounting to essentially triple-check the results, not because there’s evidence that ballots weren’t counted.
Could Trump’s legal challenges affect the election outcome?

So far, there are no signs the Republicans will succeed in their efforts with the courts; Biden’s margins of victory are simply too large.

Before Election Day, more than 300 election-related lawsuits were filed in dozens of states, including some cases that remained pending as voters cast ballots, and some seeking to invalidate ballots that had already been legally cast.

Following the election, Republicans filed new lawsuits in states where Biden was leading. The counts were continuing or the margins were close in Arizona, Georgia, Michigan, Nevada and Pennsylvania.

"Even if a federal court threw out the mail ballots that arrived after Election Day, there are not enough of those to overcome Biden’s lead in Pennsylvania," Speel said. "On top of that, it’s very unlikely that those late mail ballots will be tilted toward Trump, anyway."

RELATED: Trump, with help, is trying to sue and tweet his way to a second term. Could it work?

While some cases remain pending, the counting of ballots continued.

Michael Dimino, a law professor at Widener Commonwealth Law School in Pennsylvania, previously told PolitiFact that even if Republicans succeed in court, it wouldn’t necessarily change the election result.

"The cases involve not only the question of whether legal violations have occurred, but how the violations should be remedied," Dimino said. "Unless a court is convinced that the violations are so serious as to call the result into question, it will be difficult for President Trump to win Pennsylvania."

Overall, the strategies are unlikely to erode the margins of Biden’s victory. Election experts say that they have seen no evidence of anything that would lead to the outcome of the presidential race being reversed and that Biden is the legitimate winner of the 2020 election.

"These legal maneuvers are unlikely to pay off in the form of a second term for Trump; he would need the equivalent of three consecutive Hail Mary passes to stay in office," wrote Rick Hasen, a law professor at the University of California-Irvine, in a piece for the Atlantic.

Is there any evidence that votes were miscast or miscounted?

In a Nov. 12 statement, a committee made up of U.S. Cybersecurity and Infrastructure Security Agency officials and its election partners said this election was "the most secure in American history."

PolitiFact has fact-checked several images and videos that purport to show evidence of voter fraud. None have panned out, and most show election workers doing their jobs.

The New York Times called election officials in every state who said there were no irregularities that affected the election outcome. Some state officials have given statements debunking claims of voter fraud.

When will the election results be final?

States have until Dec. 8 to certify their vote counts, but the Electoral College results won’t be finalized until Jan. 6.

Once states certify their results, electors are appointed. Electors are determined by the popular vote in each state. Political parties in each state choose potential electors before the general election and voters choose them by voting for a presidential candidate.

State electors will meet Dec. 14 and cast their votes for president. Those results then make their way to Congress, which will count electoral votes in a joint session at 1 p.m. on Jan. 6. Ultimately, the vice president declares a winner, at which point the election is officially decided.

Biden will be sworn in as president on Jan. 20 at the U.S. Capitol Building in Washington, D.C.

RELATED: The media have called the presidential race for Joe Biden. Here's what's next

CLARIFICATION, Nov. 23, 2020: Robert Speel's quote was revised after initial publication to clarify his comments about the 2000 election.

CNBC, "‘There is absolutely no merit to any claims of widespread voter fraud,’ Arizona secretary of state says," Nov. 5, 2020

Interview with Terry Hood, political science professor at the University of Georgia, Nov. 13, 2020

The National Archives, "Electoral College: About the electors," accessed Nov. 13, 2020

The New York Times, "Tracking Which News Outlets Have Called the Presidential Race in Each State," Nov. 7, 2020