Bloggers
stated on April 3, 2020 in a fake news article:
Says celebrities are calling for a "'total Hollywood strike' until Trump resigns."

This photo July 25, 2018 file photo shows Donald Trump's star on the Hollywood Walk of Fame that was vandalized, in Los Angeles. (AP)

Those Trump-hating Hollywood liberals are at it again, according to a fake news article shared on Facebook.

The story, which was published on a website called News Mag on April 3, claims that movie stars like Rosie O’Donnell and George Clooney have organized a strike, until President Donald Trump is removed or voted out of office.

"Portraying Hollywood as ‘the base of the entire current American culture’, the gathering likewise claims to speak for the advantage of ‘all of humankind,’" reads the article, which has been shared in conspiracy theory and pro-Trump Facebook groups. 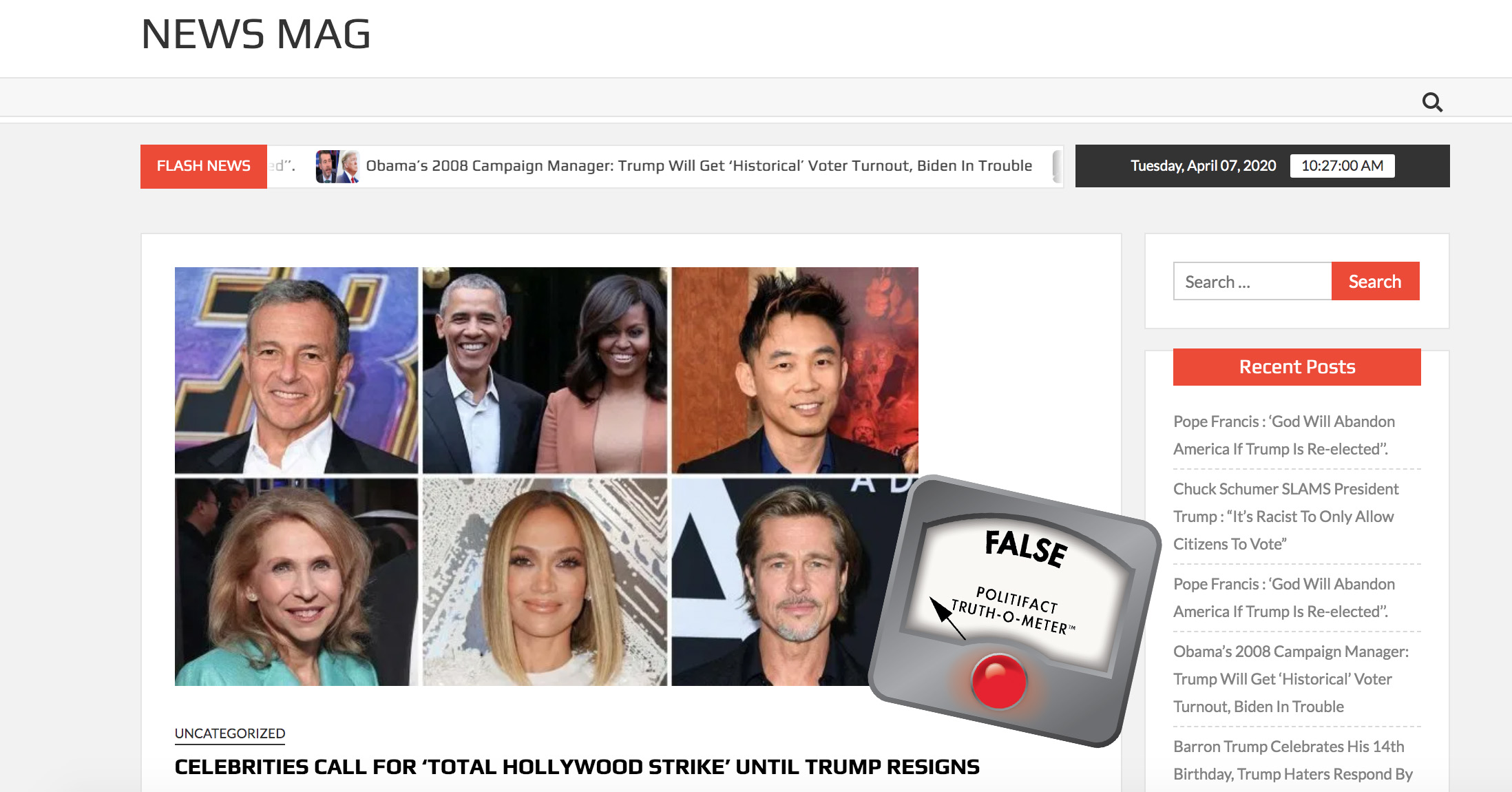 Plenty of Hollywood stars have been outspoken in their criticism of Trump. But there is no evidence entertainment celebrities are organizing a strike until he’s removed from office.

According to public domain records, News Mag was registered on March 18. We found several copies of the Hollywood strike article on other bogus websites posing as legitimate news organizations.

The claim that Hollywood is organizing an anti-Trump strike has been circulating online since he was elected. Other fact-checking outlets, including PolitiFact, have debunked versions of the hoax.

The rumor appears to have stemmed from a January 2017 ad in the New York Times by a group called Refuse Fascism. The group included O’Donnell and called for millions to hold a protest and sign a petition to "create a political crisis that prevents the Trump/Pence fascist regime from consolidating its hold on the governance of society."

Many celebrities signed the petition, but they weren’t calling for a strike. And we could find no evidence to support the latest version of the hoax.