Facebook posts
stated on March 15, 2020 in a text post:
"George Soros owns the WuXi PHARMA LAB located in Wuhan, China where COVID-19 was developed and conveniently Broke Out."

George Soros, Founder and Chairman of the Open Society Foundations, looks before the Joseph A. Schumpeter award ceremony in Vienna, Austria on June 21, 2019. (AP)

George Soros has been accused of many outrageous things. Now, misinformation on Facebook is blaming the billionaire philanthropist for the 2019 coronavirus pandemic.

The post was flagged as part of Facebook’s efforts to combat false news and misinformation on its News Feed. (Read more about our partnership with Facebook.) It had more than 3,700 shares as of March 18. 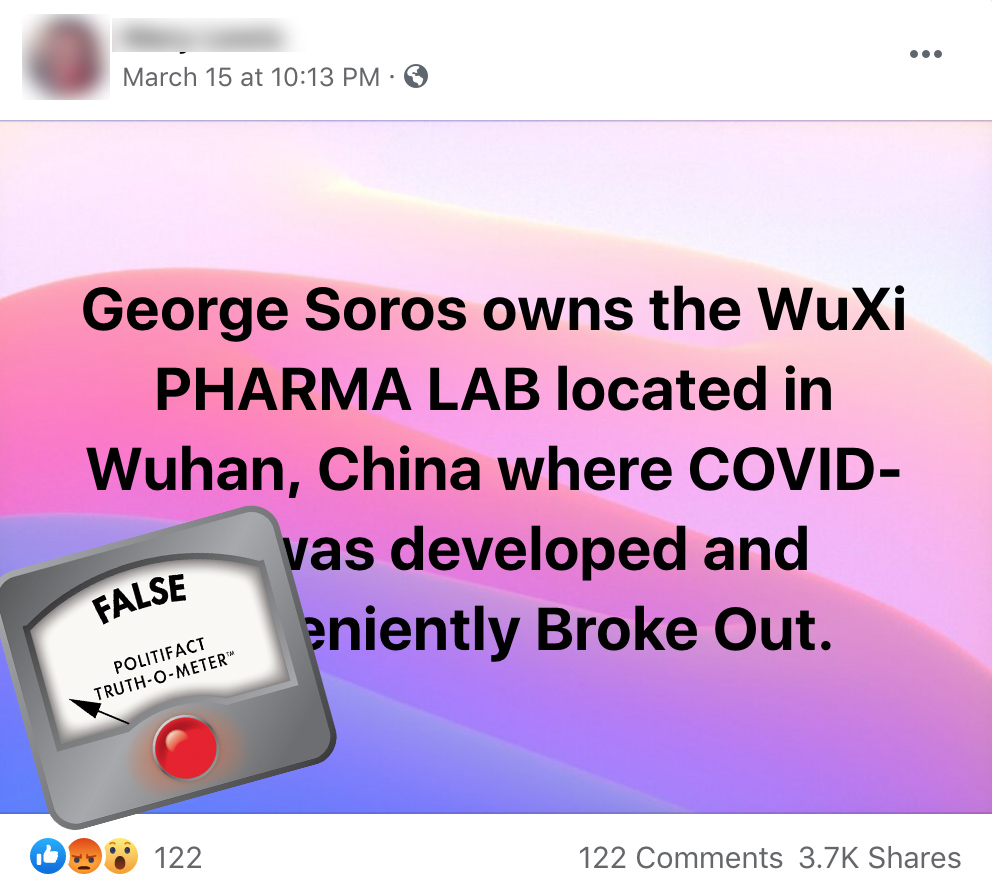 The WuXi AppTec Group is a pharmaceutical and biotechnology company based in China. It works primarily on manufacturing and developing medical devices.

The seed of the Facebook conspiracy is the fact that the company has a location in Wuhan, the epicenter of the COVID-19 outbreak. And documents from the United States Securities and Exchange Commission show that Soros was a WuXi shareholder in May 2011. (Subsequent SEC filings do not list the company among Soros’ investments, perhaps because he changed the legal status of his hedge fund that summer to avoid more government regulation.)

But none of that amounts to what the Facebook posts claims: that Soros "owns" the company and its Wuhan location. WuXi’s CEO and chairman is Ge Li, according to its website.

And scientists have found that COVID-19’s origin is likely natural — not man-made, as the Facebook post and several other conspiracy theories allege.

"If genetic manipulation had been performed, one of the several reverse-genetic systems available for betacoronaviruses would probably have been used," the analysis reads. "However, the genetic data irrefutably show that SARS-CoV-2 is not derived from any previously used virus backbone."