Over the past year, PolitiFact has sifted through hundreds of false or misleading Facebook posts. The fakery ran the gamut from hoaxes about Taco Bell menu items to conspiracy theories about Joe and Hunter Biden’s dealings in Ukraine. Some falsehoods were published as simple text posts, while others were misleadingly edited videos.

To see which hoaxes got the most traction in 2019, PolitiFact tallied our 10 most-read Facebook fact-checks of the year. 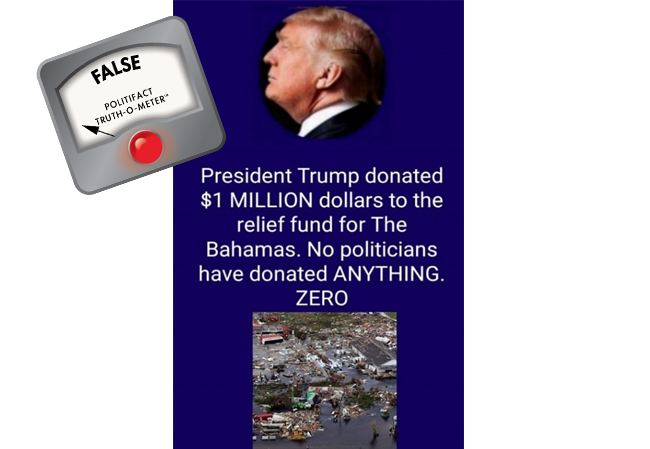 Claim: Says President Donald Trump has donated $1 million to a relief fund for the Bahamas in the wake of Hurricane Dorian while no other politicians have contributed any money.

We found no evidence that Trump personally donated $1 million to Bahamas relief efforts. News outlets didn’t write about such a move and the White House itself didn’t release any statements about it.

9. No, the Democratic Party didn’t create the Ku Klux Klan

Claim: "The KKK was formed by the Democratic Party."

Many Southern whites during the late 19th century were Democrats, some of whom joined the KKK. But the group was more of a grassroots creation, and the Democratic Party was not the same as it is today.

Clinton does not bear sole responsibility for the deal since several departments and agencies were part of its approval. And there is no proof of any quid pro quo between the Clinton Foundation and Russia. 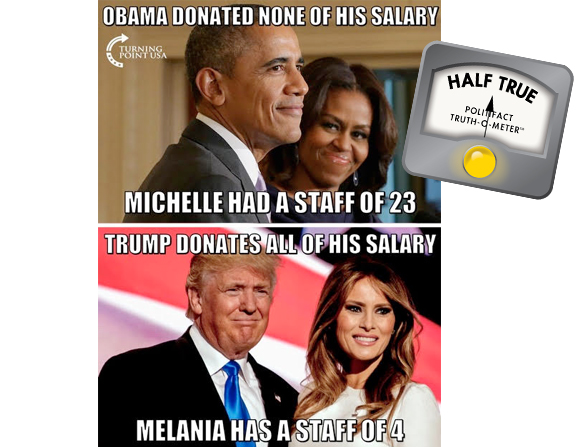 7. Did Michelle Obama have a staff of 23 while Melania Trump has just 4?

Claim: Says Michelle Obama "had a staff of 23" while Melania Trump "has a staff of 4."

While the number for Obama is more or less accurate, Trump’s number is too low. It’s also misleading to single out Obama since Trump’s staff is smaller than any first lady’s staff in decades.

6. No, undocumented immigrants don't get Medicare for free

There have been some reported cases of undocumented immigrants improperly receiving benefits, but they’re not eligible for Medicare. As for payment, some people are charged and some aren’t — it depends on the plan they’re on.

5. The Democratic debate stage was decorated with stars, stripes, and lots of red, white and blue

Claim: There were no American flags at the first Democratic presidential debate.

Photos of the debate show no physical American flag. But the stage had a set that featured images of the flag. 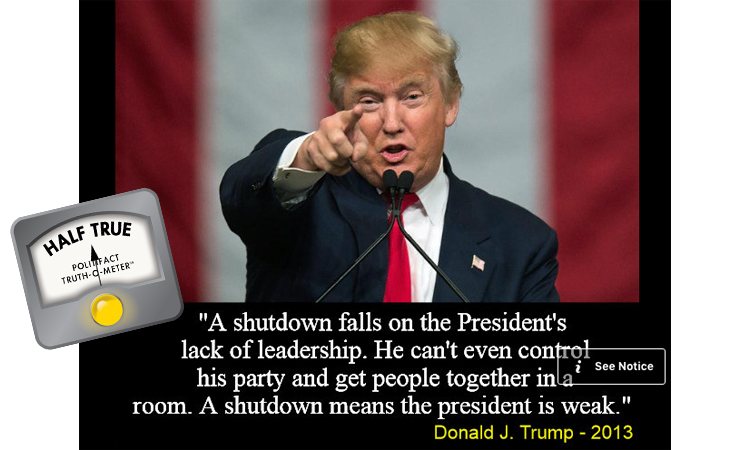 4. Before he was president, did Trump say a government shutdown shows a president is weak?

Claim: Quotes Trump as saying in 2013, "A shutdown falls on the President’s lack of leadership. He can’t even control his own party and get people together in a room. A shutdown means the president is weak."

We could not find Trump saying these exact words, but he did repeat similar statements on social media and in interviews.

3. Pelosi, Romney and Kerry don’t have sons working for companies linked to Ukraine

Claim: Says the sons of Nancy Pelosi, Mitt Romney and John Kerry are all on the boards of "energy companies doing business in Ukraine."

Pelosi’s son briefly served on the board of an American energy company, but there’s no evidence the company had dealings with Ukraine while he held that seat. There is no evidence that any of Kerry or Romney’s sons have worked for energy companies with ties to Ukraine.

2. Can members of Congress retire with full pay after just one term?

Claim: Members of Congress can "retire with the same pay after only one term" in office.

It's never full pay. And the only one-term members who would be eligible for any pension would be senators. 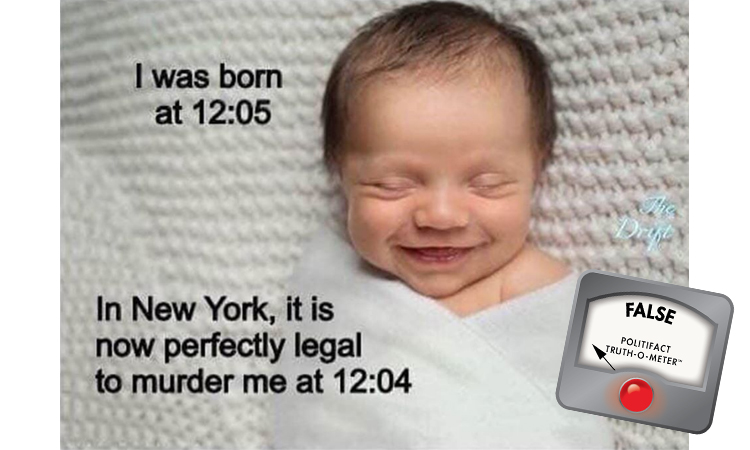 1. No, New York abortion law doesn't let mothers abort babies a minute before they would be born

Claim: A New York law makes it "now perfectly legal to murder" a baby a minute before it would be born.

The Reproductive Health Act permits abortion after 24 weeks of pregnancy — if the mother’s health is threatened or if the fetus isn’t viable. The post doesn’t highlight those clear restrictions.

See a fishy claim on Facebook that you think we should fact-check? Send it to [email protected].