Attorney Robert Ray arrives at the Capitol in Washington on Jan. 21, 2020. (AP/Owen)

President Donald Trump has put together a TV-ready defense team stacked with high-profile attorneys for his Senate impeachment trial.

The team is led by White House attorneys Pat Cipollone and Jay Sekulow. It’s also headlined by household names such as Ken Starr, whose investigations led to President Bill Clinton’s impeachment in 1998.

The White House did not respond to a request for comment, but CNN reported that Trump wanted a star-studded team capable of performing on TV.

Starr, Ray, Dershowitz and Bondi have all spent plenty of time in the spotlight, including on Fox News, the president’s preferred cable network.

Together, they have made at least 365 Fox News appearances since January 2019, according to Media Matters for America, a liberal watchdog that monitors the network.

"Trump likes people who are already famous and who defend him on TV," said Frank O. Bowman III, a professor at the University of Missouri School of Law and the author of a book on impeachment. "No sensible counselor would pick Starr, Dershowitz or Bondi."

Here’s what you need to know about Trump’s made-for-TV defense lineup. 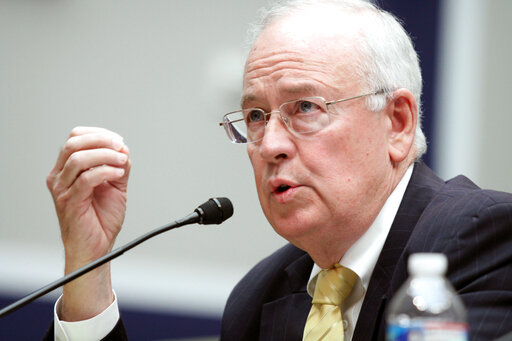 Then-Baylor University President Ken Starr testifies about college athletes forming unions at the House Committee on Education and Workforce in Washington on May 8, 2014. (AP/Burke)

Background: Starr was the independent counsel who led the investigations that resulted in Clinton’s impeachment in 1998. He is a former U.S. solicitor general and federal circuit court judge.

Starr also spent time as president of Baylor University, but he was forced to step down in 2016 for allegedly mishandling several claims of sexual assault.

What he’s said: Starr has appeared on Fox News roughly 125 times since January 2019, according to Media Matters. Trump has quoted him four times on Twitter since the launch of the House’s impeachment inquiry in September.

"It really is not a strong case," he said in one appearance that Trump tweeted about. "This will go down as the most partisan impeachment in the history of the republic."

"Does it reach the level of treason, bribery or other high crimes and misdemeanors? My assessment of the evidence thus far (is) nowhere close," he said in another appearance that earned a Trump tweet. "The evidence is conflicting and ambiguous."

Starr has argued that European Union Ambassador Gordon Sondland’s testimony that Trump said he wanted "no quid pro quo" undermines other evidence that the White House conditioned military aid to Ukraine on the country’s willingness to investigate Trump's political rivals.

In an interview with the Washington Examiner’s Byron York, Starr called impeachment a "terrible thorn in the side of the American democracy." 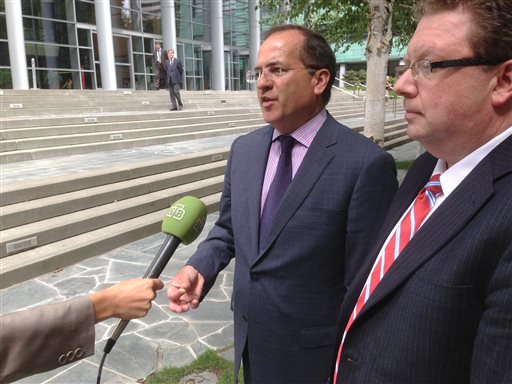 Attorney Robert Ray speaks with reporters outside the U.S. District Courthouse in Seattle on Aug. 15, 2014. (AP/Johnson)

Background: Ray succeeded Starr as independent counsel and wrapped up the investigations into Clinton. Before that, he served as assistant U.S. attorney for the Southern District of New York. In 2006, he was charged with stalking a woman he had once dated.

What he’s said: Ray has made at least 70 Fox News appearances since January 2019, per Media Matters. Trump has quoted him on Twitter three times since the House inquiry began.

In one interview on Fox News, Ray described the impeachment inquiry as "an entirely partisan effort" and said "there’s not any accusation of a crime, much less evidence of one."

"This is a political effort," he said in another segment that won Trump’s praise on Twitter. "The president certainly doesn’t have to aid in the impeachment effort."

"A contentious press briefing is not the place to be trying to sort out whether there is or is not an illegal quid pro quo," he told Fox News host Laura Ingraham.

Since joining Trump’s legal defense team, Ray has said that Trump’s impeachment is "an illegitimate effort by House Democrats to remove a president from office." 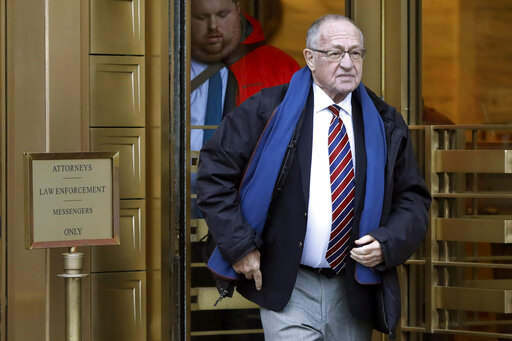 Current role: Dershowitz is a professor emeritus at Harvard University and an author.

Background: Dershowitz became famous for representing high-profile defendants such as O.J. Simpson, boxer Mike Tyson and Jeffrey Epstein, the convicted sex offender who died by suicide in prison. His defense of Claus von Bulow for the attempted murder of his wife Sonny von Bulow was made into the 1990 movie "Reversal of Fortune."

What he’s said: Dershowitz has appeared about 110 times on Fox News since January 2019, per Media Matters. We counted four times that Trump has cited him on Twitter since the start of the impeachment inquiry.

On Twitter, Dershowitz said he is participating in Trump’s defense "to defend the integrity of the Constitution and to prevent the creation of a dangerous constitutional precedent."

On Fox News, he has said that impeaching Trump for his conduct toward Ukraine would be "unconstitutional" and that Trump’s actions are not "close to being an impeachable offense."

"There are no impeachable offenses," Dershowitz said in one Fox News appearance that Trump tweeted about. "I don't think he could be impeached for the conduct that's been alleged."

Dershowitz told CNN and ABC that he would be arguing that Trump cannot be impeached on charges that don’t outline a specific crime, telling ABC’s George Stephanopoulos that Trump should not be impeached even if all the House’s evidence is accepted as fact. 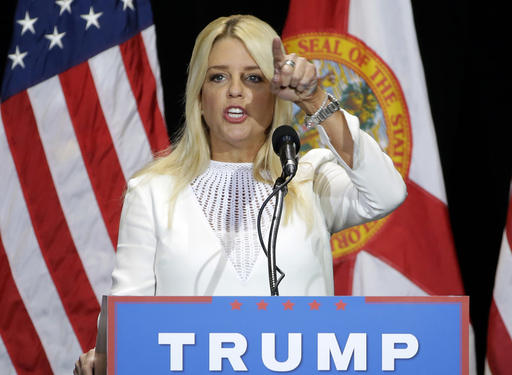 Pam Bondi speaks to supporters of then-candidate Donald Trump during a rally on June 11, 2016, in Tampa, Fla. (AP/O'Meara)

Current role: Bondi is a special adviser to Trump.

Background: A former prosecutor, she served as Florida’s attorney general from 2011 to 2019. She’s been on the Truth-O-Meter a number of times.

In 2016, Bondi chose not to pursue fraud allegations against Trump University after the Trump Foundation sent an improper donation to a campaign group connected to her.

What she’s said: Bondi has appeared about 60 times on Fox News since January 2019, according to Media Matters. As a presidential adviser, she has helped Trump with messaging throughout the impeachment process.

"This process has been a sham from the beginning," Bondi said in December on "Fox & Friends." "The president did everything right."

"This should not even go to a vote," she later told Fox News host Martha MacCallum. "There is nothing there."

Various searches on the Nexis database.

ABC News on YouTube, "Trump's conduct 'does not rise to the level of an impeachable offense': Dershowitz | ABC News," Jan. 19, 2020

Media Matters for America, "Trump’s new impeachment defense team has been on Fox News over 350 times in the past year," Jan. 17, 2020

Media Matters for America, "Fox News has long denied there was any crime related to Trump's impeachment. The GAO just said otherwise," Jan. 16, 2020

Media Matters for America, "Fox guest Alan Dershowitz: Putting ‘electoral interests before the national interests’ wouldn't ‘even be close to being an impeachable offense,’" Dec. 3, 2019

Mornings with Maria Bartiromo on the Internet Archive, Dec. 2, 2019

Email interview with Frank O. Bowman III, a professor at the University of Missouri School of Law and the author of a book on impeachment, Jan. 21, 2020