How to stay warm without power in a winter storm

As millions of people lost power amid freezing temperatures in the central and southern Plains, many turned to Google searching for potentially life-saving advice:

"How to stay warm without power"

Some searchers took their newfound knowledge and shared it on Facebook.

"Just saw this. If you have four or five tea light candles, and a crock pot, put the candles on a dish, light them, and then stack the crockpot upside down on some coffee cups to allow air flow," one user wrote in a Feb. 16 post.

"Tip for those who don’t have heat. Get a tent and place it on your bed. Cover it with 1 or 2 blankets for insulation. This kept our family warm when the temps dropped to 40 in the room but inside the tent it was 80 degrees," said a Feb. 17 caption on a photo of children sleeping in a tent.

"Power Outages Go To: I buy the large cans of crisco push a lantern wick down into it and voila. You have a candle that will provide heat and light for 72 days straight!!!" another user wrote alongside an image of a burning can of vegetable shortening. 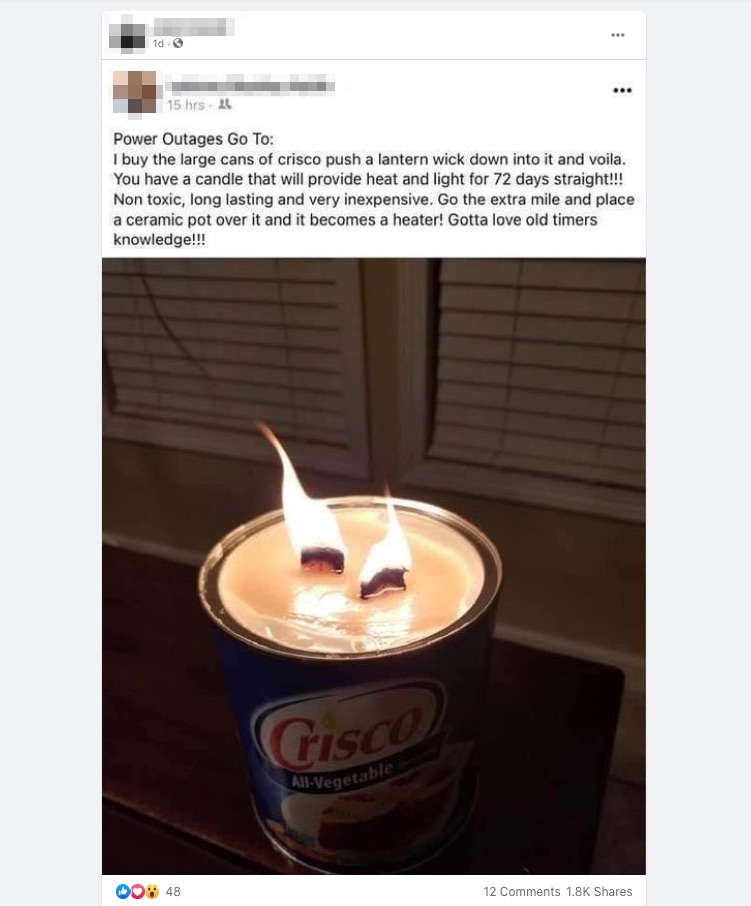 Power is slowly being restored to millions of households as power plants come back online, and the Federal Emergency Management Administration is sending generators and fuel to Texans. But with another winter storm moving through parts of the South, we wanted to take a closer look at do-it-yourself ways to stay warm.

Here are a few do’s and don’ts for heating your home during a power outage.

When the power goes out, the most reliable source of heat may be your own body. Prevent heat from escaping by putting on extra layers, blankets or accessories like hats and gloves.

"If cold is severe, your bed may be the warmest place. Use extra blankets and coverings to trap body heat; this is an especially good way to keep children warm," the University of Wisconsin-Extension says.

Emergency blankets made of heat-reflective, thin plastic sheeting may also come in handy if quilts aren’t cutting it. Sleeping bags are also a great alternative, as they’re designed to withstand cold temperatures and zip all the way around your body. However, beware of overdoing it.

"Layers of loose-fitting, lightweight, warm clothing will keep you warmer than a bulky sweater," the American Red Cross says. "If you feel too warm, remove layers to avoid sweating; if you feel chilled, add layers."

Hypothermia and frostbite are two conditions that can occur when you’re exposed to extremely cold weather for too long. People with inadequate clothing, heating or blood circulation are most at risk.

Know the signs: Hypothermia can cause shivering, exhaustion, confusion, memory loss and slurred speech, while frostbite starts as redness or pain in an area of your skin before it goes numb and turns white or grayish-yellow. If you suspect you or someone in your household is developing either condition, call 911 and seek medical care.

DON’T: Run your car or burn charcoal inside

Car exhaust creates heat that can quickly warm up a room, but it also creates carbon monoxide, an odorless, colorless gas that can cause sudden illness and death in confined spaces.

As Winter Storm Uri ravaged Texas, a Houston woman and an 8-year-old girl died after a car was left running in a garage. Cases of carbon monoxide poisoning are surging in the state as people warm themselves with camp stoves, barbecue pits and charcoal grills, all of which also produce the deadly gas. 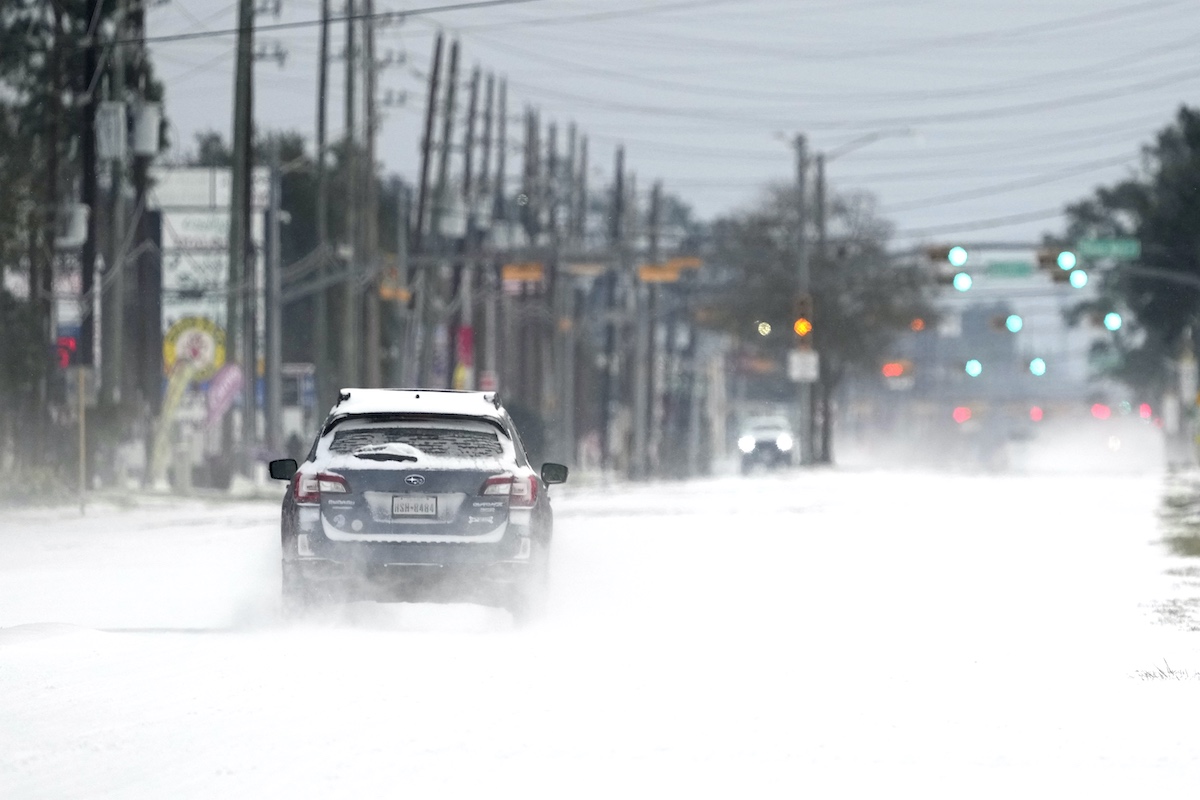 Carbon monoxide "can build up quickly indoors and can linger for hours and at elevated levels can cause significant harm and even death," the Environmental Protection Agency says. "Make sure that your home is equipped with CO alarm(s), and that alarm(s) are properly calibrated when installed and have a digital display and battery backup function."

In a power outage, that battery backup function is essential. But if your alarm isn’t working, know the signs of carbon monoxide poisoning: headache, dizziness, weakness and confusion, among other symptoms. If you suspect there’s been a carbon monoxide leak in your home, get fresh air immediately and call 911 if you need medical attention.

DO: Create smaller spaces within your home

Layers, blankets and sleeping bags only do so much to conserve your body heat. Small adjustments to your home can also help keep you warm.

"Close off unused rooms, and stuff towels or rags in cracks under the doors," said Greta Gustafson, senior media relations specialist for the American Red Cross. "Cover the windows at night."

If you have the space, keep all your family activities confined to one space and close any interior doors to trap the heat inside. Keep your curtains closed, unless you have a window that brings in sunlight.

In general, the smaller the space, the warmer you’ll be. That means erecting a tent indoors, as one Facebook user suggested, isn’t a bad idea to combat extreme cold — especially if multiple people fit inside.

It may seem obvious, but avoid going outdoors. If you do need to leave your home, avoid exposing the interior to cold air.

"We don’t think much about it when the heating is working, but a blast of cold can quickly drop the temp 5 to 10 degrees with no easy way to get that heat back," according to Now Power, a utility company in Texas.

It may be tempting to use your gas-powered kitchen appliances to produce heat during a winter storm. Recent photos from local media outlets show Texans gathered near their stoves to stay warm.

But that could cause more harm than good.

"During a power outage, do not try to heat your home by using combustion appliances including gas stoves or ovens, outdoor grills or clothes dryers," the EPA said in a Feb. 16 statement. "Never operate any gas-burning heater or other appliance in a poorly vented or closed room, or where you are sleeping." 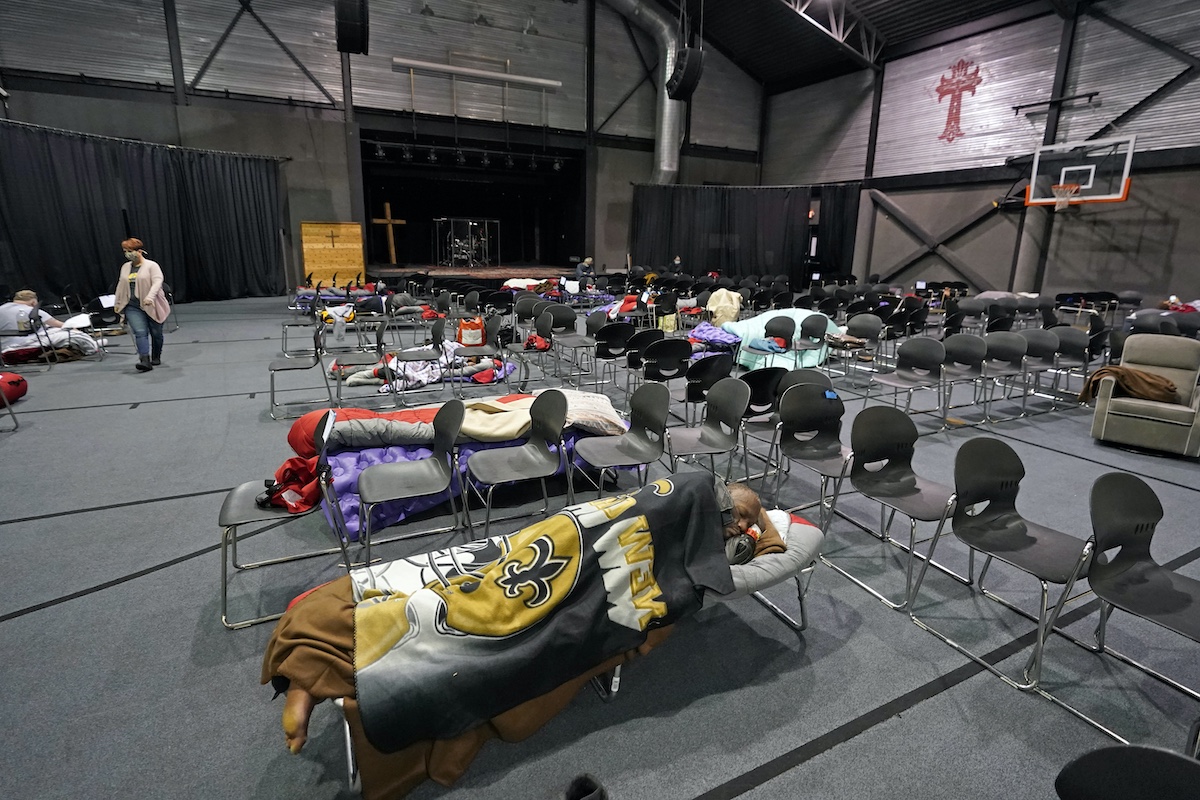 That’s because combustion appliances produce toxic fumes such as carbon monoxide. Since they’re not designed as space heaters, gas ovens and stoves may go out or burn inefficiently, which could lead to carbon monoxide poisoning. Appliances could also pose a fire hazard, especially if they’re left on for long periods of time.

While you’re in the kitchen, though, grab a snack.

"Eat regularly. Food provides the body with energy for producing its own heat," Gustafson said. "Keep the body replenished with fluids to prevent dehydration."

DO: Use candles — but not as a heat source

When the lights go out, flashlights and battery-powered lights are preferred over candles in order to prevent fires. But using candles is OK if you take proper precautions.

"If you must use them, place candles in safe holders away from anything that could catch fire," the Centers for Disease Control and Prevention says. "Never leave a burning candle unattended."

If you don’t have candles, some Facebook users have suggested that putting a wick inside a can of Crisco shortening could be a viable alternative. It didn’t work the first time we tried, but once we got the shortening started with a small piece of another candle, the Crisco burned for a few hours before it went out.

Other viral Facebook posts suggest putting candles underneath ceramic flower pots to create a makeshift space heater. This tip did produce a little bit of heat when we tried it, but experts say it’s not a safe way to heat your home.

DON’T: Put off getting help if you need it

Sometimes hunkering down at home isn’t the best way to stave off the cold — even during a pandemic.

"If your home is without electric power for a sustained period of time, you may want to make arrangements to stay in an emergency shelter or other alternate location if practical," the EPA says.

The Red Cross and community organizations have more than 150 shelters and warming centers across six states, including Texas. City governments and nonprofit organizations across the state have opened additional warming centers. (You can find one close to you by using this map.)

Another potential option is staying at hotels, although they also may not have power. Some of those that do have heat are letting people stay in lobbies to warm up.

Bottom line: If none of these tips work, don’t wait until it’s too late to seek help.

Centers for Disease Control and Prevention, "Proper Use of Candles During a Power Outage"

Now Power, "How to Prepare for a Power Outage and Tips To Stay Warm"

NPR, "'A Disaster Within A Disaster': Carbon Monoxide Poisoning Cases Are Surging In Texas," Feb. 18, 2021

University of Wisconsin-Extension, "Staying Warm in an Unheated House: Coping With A Power Outage In Winter"