Facebook posts
stated on June 3, 2020 in an image:
Says a photo shows a memorial vandalized by Black Lives Matter protesters.

Demonstrators protest on June 4, 2020, at the Martin Luther King Jr. Memorial in Washington, over the death of George Floyd. (AP)

In an effort to show how nationwide Black Lives Matter demonstrations have gotten out of hand, some Facebook users are pointing to the scene of a crime — a 2016 crime, that is.

A June 3 Facebook post claims that some people protesting the death of George Floyd, who died in Minneapolis police custody after a white officer kneeled on his neck, have vandalized a veterans memorial.

"If you stand for this you are the problem!!!" the poster wrote in the caption. 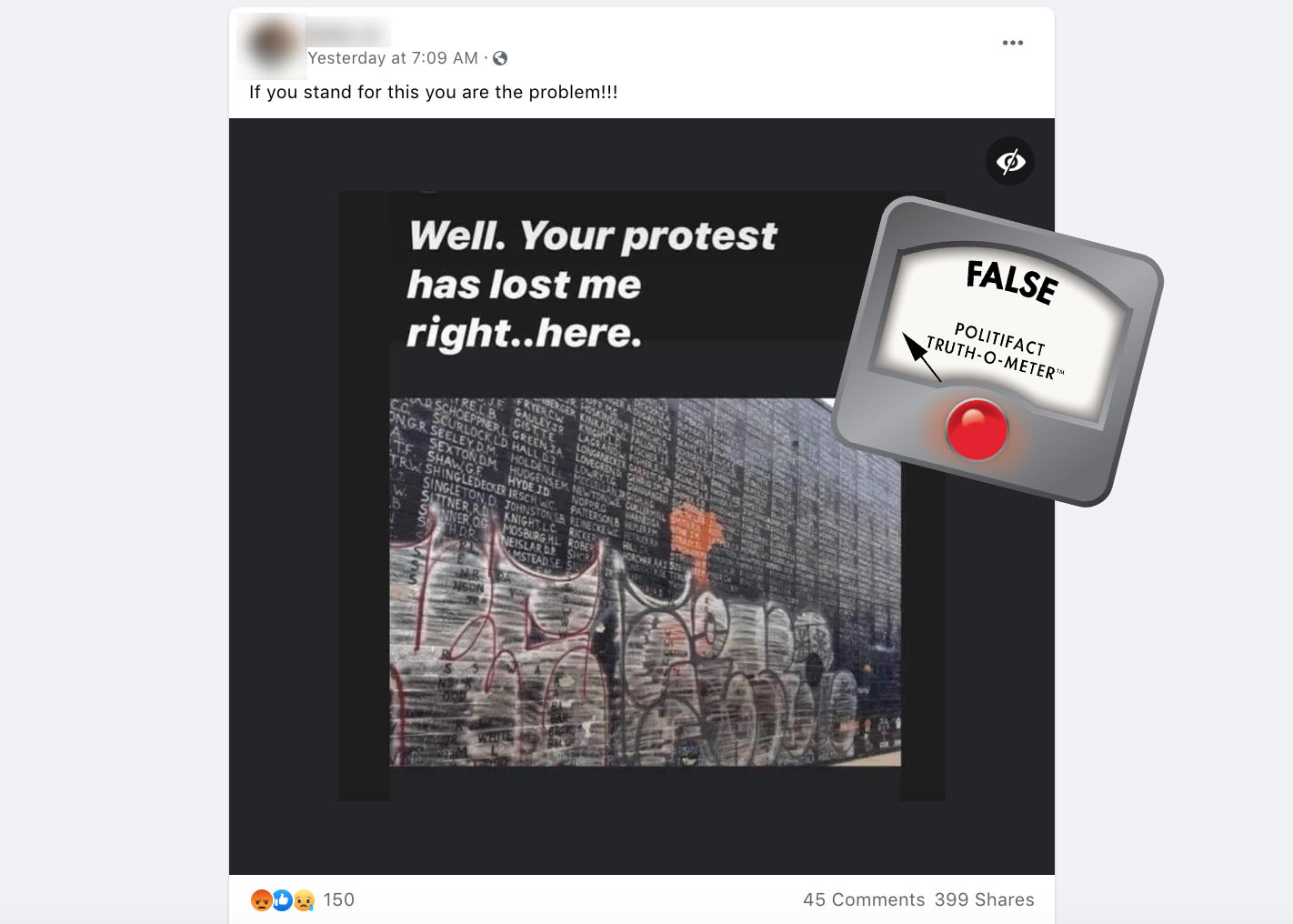 The photo is real — but it doesn’t show vandalism caused by recent Black Lives Matter protesters.

In May 2016, vandals spray-painted graffiti on a Vietnam War memorial in Venice, Calif. The memorial was one of several around the country that was vandalized before Memorial Day that year.

Images of the defaced mural in 2016 appear to match up with the image shared in the Facebook post. Los Angeles detectives identified four people behind the vandalism, which was not connected to a Black Lives Matter protest.

Since Floyd’s death on May 25, demonstrations have erupted in more than 350 American cities. Protesters in Washington, D.C., have defaced some war monuments, including the World War II Memorial.

In the wake of last night's demonstrations, there are numerous instances of vandalism to sites around the National Mall. For generations the Mall has been our nation’s premier civic gathering space for non-violent demonstrations, and we ask individuals to carry on that tradition. pic.twitter.com/LmIHfW2AHj

But as of now, the Vietnam Veterans Memorial in Washington remains untouched.

"I have had no reports of it being vandalized," said Sgt. Eduardo Delgado, a public information officer for the National Park Service, in an email. "I saw it this morning and it was fine."

We could find no evidence that other Vietnam memorials have been vandalized as a result of Black Lives Matter demonstrations.