An image making the rounds on social media draws a supposedly eerie connection between the outbreak of the coronavirus in Wuhan, China, and the fictional virus that triggers the dangerous mutations at the center of the plot for "Resident Evil," a Japanese video-game series.

The image says that the fictional lab responsible for the virus in the "Resident Evil" franchise has the same logo as a real-life lab in Wuhan, where the coronavirus was first detected.

The problem with that claim: The Chinese lab with that logo is actually based in Shanghai, a roughly nine-hour drive from Wuhan. 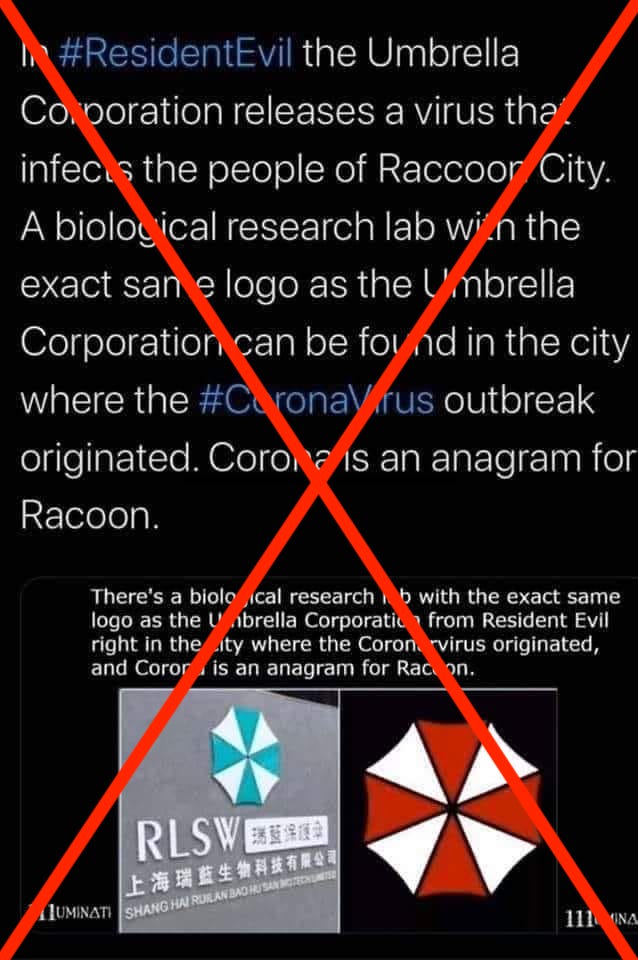 A screenshot of a Facebook post about the coronavirus and a fictional lab from the "Resident Evil" video game. We rate this claim False.

Without getting too far into the details of "Resident Evil," it’s clear that the post is inaccurate, as other fact-checkers have noted.

In fact, the post gives itself away. Beneath the logo for the biological research lab identified in the image is the company’s real name, Shang Hai Ruilan Bao Hu San Biotech Limited.

The company does have a blue-and-white logo that closely resembles the red-and-white logo from the fictional lab in "Resident Evil." But according to the company’s website, the lab is based in Shanghai, which is more than 500 miles by car away from Wuhan, per Google Maps.

What’s more, there’s no evidence that the novel 2019 coronavirus was created in a lab. We’ve debunked a number of claims — like the Facebook post in question — that suggested the new virus was artificially made in Wuhan or elsewhere.

PolitiFact, "Clorox bottles don’t prove the coronavirus was 'developed' before the outbreak," Jan. 30, 2020