Maria Bartiromo
stated on March 16, 2021 in an interview with former President Donald Trump:
The Washington Post was "forced to correct what (Donald Trump) told the secretary of state of Georgia.”

The One Franklin Square Building, home of The Washington Post newspaper, is shown in Washington on Feb. 21, 2019. (AP/Monsivais)

The Washington Post issued a high-profile correction to a Jan. 9 report about another phone call between Trump and a different Georgia official, Frances Watson. But the Post has not changed its reporting on Trump’s Jan. 2 call with Raffensperger, which was backed by audio of the call.

As she interviewed Trump on March 16, Bartiromo suggested that the facts surrounding Trump’s hour-long call with Raffensperger were also up in the air. That’s not true.

There’s no debate over what Trump told Raffensperger on Jan. 2. The full audio of the call confirmed the Post’s Jan. 3 report describing it. With other people on the line, Trump was recorded pressuring Raffensperger to "find" enough votes to flip the election as he recycled debunked claims about dead and ineligible voters, mystery ballots, rigged machines and other allegations of fraud.

"I just want to find 11,780 votes, which is one more than we have. Because we won the state," Trump told Raffensperger, wrongly insisting that he won the swing state.

Bartiromo also said in her interview with Trump that the since-corrected report came "right before the Senate race" in Georgia that tipped control of the chamber to the Democrats. That’s also wrong. The report that was recently corrected was published on Jan. 9, days after the state’s Jan. 5 runoff elections.

Two officials, two calls, two reports — but only one correction

The first report, published Jan. 3, detailed Trump’s call with Raffensperger. The Post published the full audio and transcript of that call. Its Jan. 3 story was never corrected. 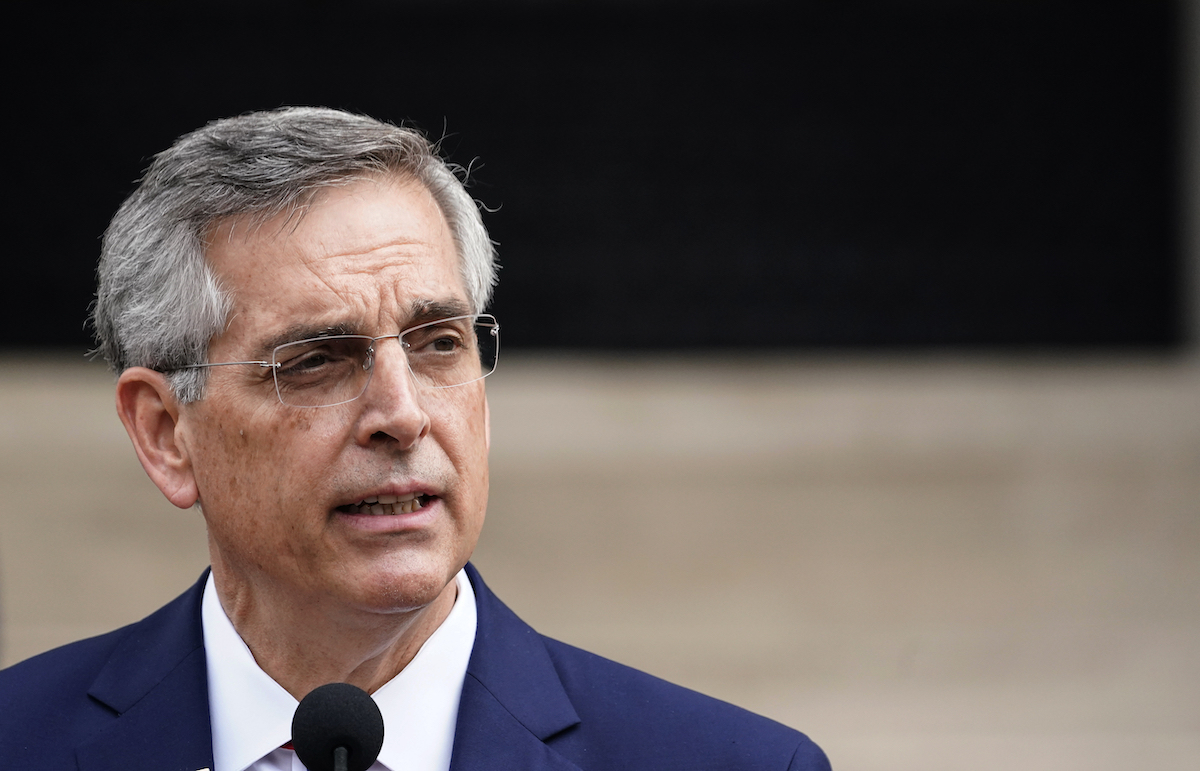 Georgia Secretary of State Brad Raffensperger speaks during a news conference in Atlanta on Nov. 11, 2020. (AP)

The second report, published Jan. 9, said Trump had a similar call in December with Watson, Georgia’s chief elections investigator. Citing an anonymous state official, the Post reported that Trump told Watson she should "find the fraud," and that she’d be a "national hero" if she did.

A recording of that call, first reported March 11 by the Wall Street Journal, was later located. The audio reveals that Trump did not urge Watson to "find the fraud."

Rather, the former president is heard telling Watson to uncover the "dishonesty" in signatures on absentee ballots in Fulton County, Georgia, which covers most of Atlanta. He said in the call that "when the right answer comes out, you’ll be praised."

In her March 17 follow-up, Bartiromo said the "bigger story" was that the Post reported that Trump told Watson to "find the fraud" when, she argued, he "didn’t say anything at all like that."

The Post has since identified the anonymous source who provided the quotes as Jordan Fuchs, Georgia’s deputy secretary of state. Fuchs told Washington Post media columnist Erik Wemple that she believed the report accurately reflected Watson’s interpretation of the call.

"The only mistake here was in the direct quotes, and they should have been more of a summary," Fuchs is quoted as saying in Wemple’s March 16 column. "I think it’s pretty absurd for anybody to suggest that the president wasn’t urging the investigator to ‘find the fraud.’"

The Post on March 11 appended a lengthy correction to its original report about Trump’s call with Watson, acknowledging that it had "misquoted Trump’s comments."

But in her interview with Trump, Bartiromo muddled the details around that correction, giving the false impression that what we know about Trump’s call with Raffensperger was also discredited.

"The Washington Post initially accused you of a crime, based on fabricating quotes, and the rest of the media ran with it," Bartiromo said, before reading from the Post’s correction. "I know you put out a statement about this story, Mr. President. But tell us what your reaction is that the Washington Post had to correct this fake news that they reported that you told the secretary of state of Georgia to find the fraud and find the votes right before the Senate race."

Responding to Bartiromo, Trump said the Post’s report "probably affected the Senate race" that sent two Democrats to the Senate — even though the runoff election for those seats took place on Jan. 5, days before the Post published its report on Trump’s call with Watson.

Bartiromo said that the Washington Post was "forced to correct what (Trump) told the secretary of state of Georgia."

That’s inaccurate. The Washington Post issued a correction about a separate report detailing the contents of a different call Trump had with a different Georgia official, Watson. But the newspaper has not changed its reporting on Trump’s Jan. 2 call with Raffensperger, the secretary of state.

The report that was corrected came after the Georgia Senate runoffs and therefore had no bearing on the outcome of that election.

UPDATE, March 17, 10:35 p.m.: This fact-check was updated to reflect Bartiromo’s comments on March 17 acknowledging that she confused the two calls. Our rating remains the same.

The Washington Post, "Here’s the full transcript and audio of the call between Trump and Raffensperger," Jan. 5, 2021

The Washington Post, "‘I just want to find 11,780 votes’: In extraordinary hour-long call, Trump pressures Georgia secretary of state to recalculate the vote in his favor," Jan. 3, 2021