Soon after Tesla CEO Elon Musk struck a deal to buy Twitter, many prominent users of the platform noticed dramatic swings in the number of followers they had. Several outspoken conservatives gained thousands of followers. On the left, some lost followers in droves.

A USA Today analysis of the official congressional Twitter accounts for 529 members of the House and Senate found that 72% of the Republican accounts picked up followers in the 24 hours after the announcement, while all but two Democratic accounts lost followers.

Twitter said in a statement to PolitiFact and other news organizations that the follower count fluctuations in either direction were because of new accounts signing up and existing accounts deactivating, rather than any company action. But that answer hasn’t satisfied everyone.

"It's almost as if Twitter employees lifted a broad anti-conservative, anti-Trump shadow ban, which we all knew was taking place anyway, in an effort to cover their tracks before the new boss takes over," Hannity said in the April 27 segment. "Now, Twitter claims that there's nothing nefarious at play here, but they've said that all before."

Shadow-banning, generally speaking, means making someone’s posts invisible to everyone but them or otherwise limiting their reach on the internet.

The Fox News host, whose own Twitter account gained more than 165,000 followers in the three days after Twitter announced Musk’s purchase, referenced the company’s decision shortly before the 2020 presidential election to limit sharing options on an unverified New York Post story about a laptop belonging to Hunter Biden, the son of President Joe Biden.

But Hannity provided no evidence to prove that the bumps to conservatives’ follower counts happened because Twitter employees had lifted a "shadow ban" — or that the platform had ever been systematically suppressing conservative accounts in such a way.

A Fox News spokesperson pointed to the USA Today analysis of the follower count fluctuations.

"We don’t have any systematic studies providing evidence of a shadow ban," said Anjana Susarla, a Michigan State University professor who has studied information systems, social media analytics and the economics of artificial intelligence. "It does appear that the fluctuations are organic and driven by shifts in the user base of Twitter."

No evidence of shadow ban

Caroline Orr Bueno, a postdoctoral research associate at the University of Maryland who has looked into the recent follower count changes, said what she and other online researchers have seen suggests that conservatives added followers because people responded to the Musk news by joining Twitter, creating new accounts or logging into old accounts that were long dormant.

Orr Bueno told PolitiFact that she reviewed preliminary data on the Twitter followers behind a number of accounts belonging to conservative political figures and media outlets such as Florida Gov. Ron DeSantis and Breitbart News. Of those who newly followed those accounts in the 24 hours after the Musk deal became public, about 60% had created their profiles that week.

"This does not support the idea that the increase in followers among many top conservative accounts was due to accounts being reinstated or ‘surfaced’ after being shadowbanned," Orr Bueno said.

There is also no evidence that Twitter changed any policies following the announcement of the Musk takeover, Orr Bueno said. In fact, various news organizations reported that Twitter had locked down its employees’ abilities to make changes to the platform in light of the acquisition. 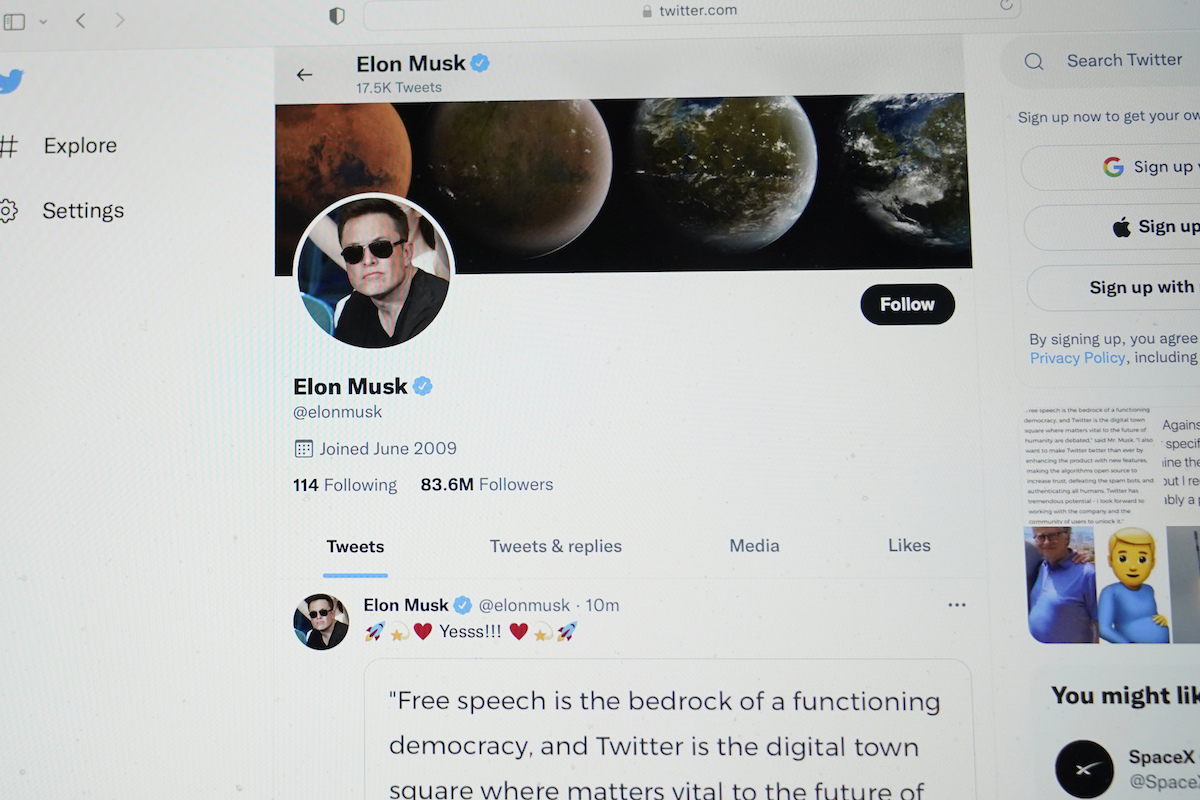 Hannity’s claim echoes years of accusations from Republicans, including former President Donald Trump, that Twitter has shadow banned their content. Those allegations ramped up in 2018, after Vice reported that Twitter was limiting the visibility of some prominent Republicans in the automatic drop-down lists that generate when users start typing in the platform’s search bar.

But Twitter attributed the autofilling problem detailed in the Vice report to a glitch and quickly fixed it. Shortly after, then-Twitter CEO Jack Dorsey called into Hannity’s radio show and told him, "We do not shadow ban according to political ideology or viewpoint or content. Period."

The company’s website says the same: "Simply put, we don’t shadow ban! Ever."

Some recent research has supported that stance, including a 2021 New York University study that called conservative allegations of censorship "unfounded."

An April study from researchers at Yale University, the Massachusetts Institute of Technology and the University of Exeter followed 9,000 accounts, half Republican and half Democrat, for six months. The authors found that Republican accounts were more likely to be suspended, but they said the divide was not conclusive evidence of "political bias" because "users’ misinformation sharing was as predictive of suspension as was their political orientation."

"I know of no academic research that concludes there is a strong systemic bias — liberal or conservative — in how social media platforms identify what to show to users or in how they enforce their terms of service in content moderation decisions," Steven L. Johnson, associate professor of commerce at the University of Virginia, told PolitiFact in March.

Some Republicans, including Trump, have had accounts suspended, restricted, or marked with fact-checking labels. But those penalties have generally resulted from specific violations of Twitter’s community guidelines, including its rules around spreading COVID-19 misinformation. Twitter also has policies against spam and platform manipulation, the enforcement of which has in the past led some users to notice sharp and sometimes sudden drops in their follower counts.

Hannity provided no evidence that right-leaning accounts on Twitter were subject to a shadow ban before Musk agreed to buy the company, or that prominent conservatives saw their follower counts spike because such a ban was "lifted" as employees "cover(ed) their tracks."

Twitter locked down employees’ abilities to make changes to its platform after announcing the deal with Musk, according to news reports.

The company said that the follower count fluctuations were organic, triggered by people creating and deactivating accounts. Independent researchers have said the same.

PsyArXiv Preprints, "Is Twitter biased against conservatives? The challenge of inferring political bias in a hyper-partisan media ecosystem," April 8, 2022

Vice, "Twitter appears to have fixed "shadow ban" of prominent Republicans like the RNC chair and Trump Jr.’s spokesman," July 25, 2018

PolitiFact, "Tulsi Gabbard falsely claims U.S. ‘not so different’ from Russia on freedom of speech," March 18, 2022