Who is the ‘Ukraine gas exec’ playing golf with the Bidens in Trump’s Nickelback post?

"Well, if you had ‘Nickelback invokes trademark infringement to remove a parody video posted by the president to Twitter,’ on your 2019 bingo card, today is your day," he wrote on Twitter.

Trump posted a video Oct. 2 that interlaces the opening of the Canadian band Nickelback’s song "Photograph" with a Sept. 21 interview of former Vice President Joe Biden.

"Have you ever spoken to your son about his overseas business dealings?" a reporter asks the Democratic presidential candidate.

"I’ve never spoken to my son about his overseas business dealings," Biden responded.

Then, the video cuts to a photo that claims to depict Biden and his son, Hunter Biden, posing with an unnamed "Ukraine gas exec" in golf attire.

The video was quickly removed from both Twitter and YouTube due to a potential copyright infringement, but not before the damage was done. (And that doesn’t even count singing Nickelback to yourself.)

We wanted to investigate the identity of the "Ukraine gas (executive)" referenced in the picture.

He is Devon Archer, an American (not Ukrainain) who served as a board member (not an executive) along with Hunter Biden at the Ukraine energy company Burisma.

Where the photo came from

Fox News appears to be the first website to publish the photo of the Bidens on a golf course.

Trump’s tweet came amid an ongoing impeachment inquiry against him for a July phone call between the president and Ukraine. During the call, Trump asked Ukraine’s leader to investigate Biden, a top contender for the Democratic nomination in 2020, over Hunter Biden’s involvement in Ukraine.

A reverse image search for a screenshot of the photo of Biden and his son took us to a Sept. 30 newscast from Fox News’ Tucker Carlson.

"Two of the four guys in that picture were working for the Ukrainians. Did they talk about it on the golf course?" Carlson said during the show. (He never directly answered the question, or provided evidence the two men did discuss Burisma.)

We searched four different search engines for the photo that Fox used. We couldn’t find it on the internet earlier than that newscast.

Who is Devon Archer?

In 2008, Hunter joined with Archer — a former senior adviser for the presidential campaign of John Kerry in 2004 — in a string of investment and consulting firms. The Wall Street Journal reported in May 2014 that the two had joined the board of Burisma.

Trump and his allies claim that Joe Biden called for the ouster of a Ukrainian prosecutor investigating Burisma to protect his son. (It’s unclear whether Burisma was actively under investigation.) Biden was not alone in calling for the prosecutor’s removal, citing his failure to pursue corruption cases, which was echoed by other world leaders.

Here’s a side-by-side comparison of the photo Trump tweeted with a headshot of Archer from 2014. We reached out to the Biden campaign for more context on the photo. We’ll update this story if we hear back. 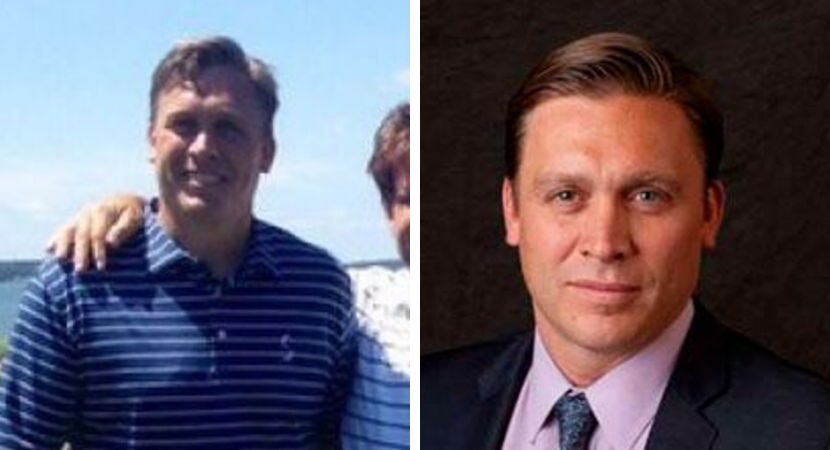 Archer is an American who worked with Hunter Biden as a paid board member for Burisma — a role that’s different from a "Ukraine gas exec," as the video claimed. Board members are not typically involved in day-to-day operations of a company. And calling Archer a "Ukraine gas exec" may lead people to believe he’s Ukrainian, when he’s not.

While Joe Biden was vice president, firms run by his son and Archer "pursued business with international entities that had a stake in American foreign policy decisions, sometimes in countries where connections implied political influence and protection," the New York Times reported in May.

In a previous fact-check, we noted that one of those efforts led to some business activities in China.

In the 2019 book "Secret Empires: How the American Political Class Hides Corruption and Enriches Family and Friends," Peter Schweizer, a conservative author, wrote that Archer and Biden teamed up with the Thornton Group, a firm with political ties in Massachusetts, to pursue business in China.

In the United States, Archer was implicated in a 2018 legal case that involved defrauding a Native American tribal entity and several pension fund investors. Archer was originally convicted of conspiracy to commit securities fraud and securities fraud, but his sentence was later overturned.

Burisma, "US Financier and Board Member Devon Archer on maximizing growth for Burisma Holdings," April 22, 2014

The New York Times, "Biden Faces Conflict of Interest Questions That Are Being Promoted by Trump and Allies," May 1, 2019

PolitiFact, "Donald Trump's accusations about Hunter Biden and a payout from China: A closer look," Oct. 2, 2019

U.S. Department of Justice, "Gary Hirst Sentenced To 8 Years In Prison For Defrauding Tribal Entity And Pension Funds Of Tens Of Millions Of Dollars," Sept. 7, 2018

The Washington Examiner, "Bidens in Hamptons to Begin Third Vacation in Month," Aug. 12, 2014