Chain message
stated on March 23, 2020 in a video:
"Slices of lemon in a cup of hot water can save your life. The hot lemon can kill the proliferation of" the novel coronavirus.

A video being passed around on Facebook Messenger claims that curing the novel coronavirus is as easy as drinking hot lemon juice.

The video, which a reader sent us on March 23, shows a series of stock images and videos with text underneath. A man with a British accent narrates.

"Use as much natural vitamin C as possible to strengthen the immune system," he says during the nearly 2-minute video. "Slices of lemon in a cup of hot water can save your life. The hot lemon can kill the proliferation of this virus in our bodies!"

The narrator identifies himself as "Jiao Shenme Minzi from China, a researcher at the Faculty of Medical Science, Zanjan University." He goes on to say that "warm lemons can have the same beneficial effects as medicines" and their juice "destroys the virus and cures the flu." As evidence, the narrator credits a "Professor Chen Horin, CEO of the Beijing Military Hospital." 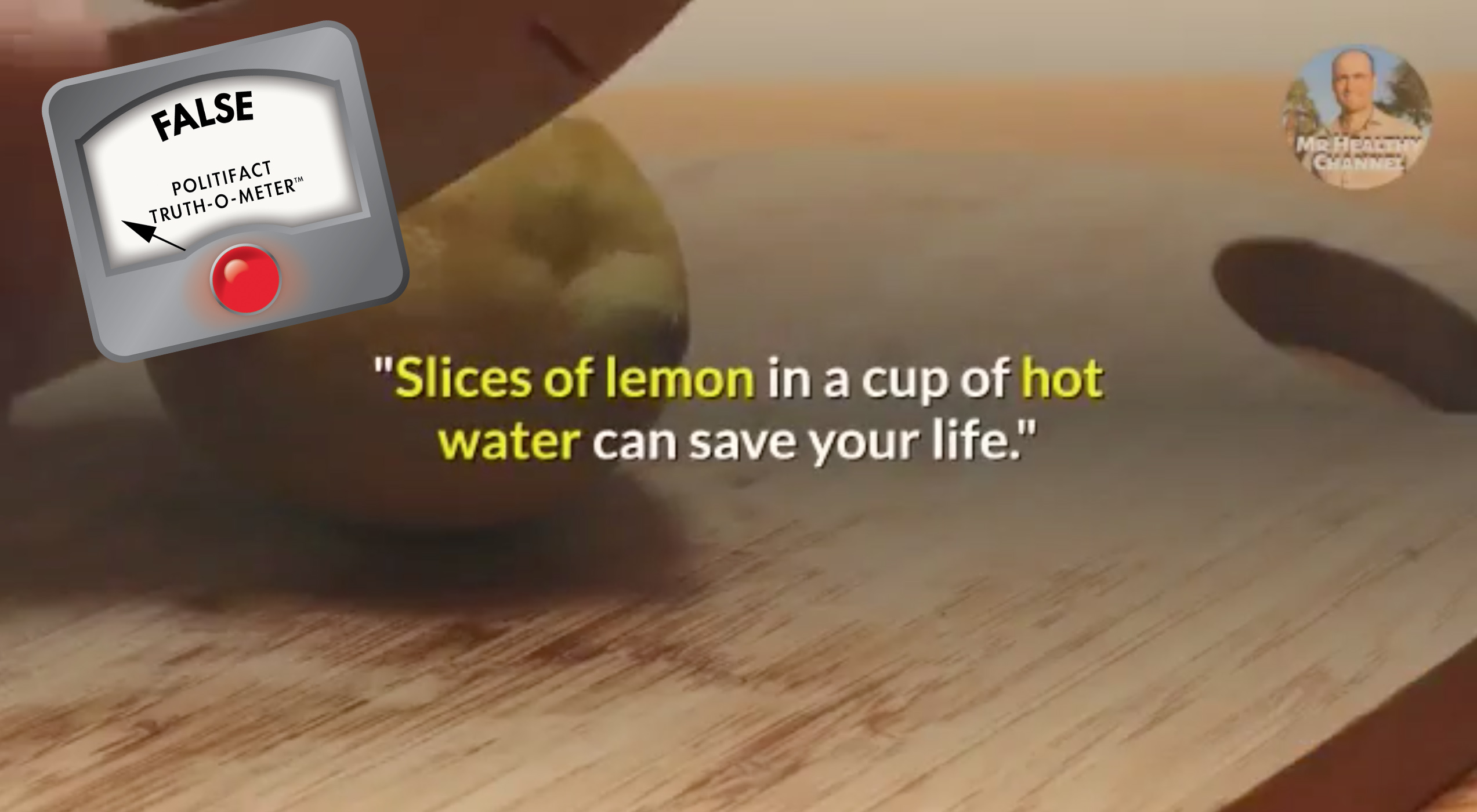 We’ve fact-checked several chain messages about the coronavirus, as well as bogus cures, on apps like iMessage, Snapchat and WhatsApp. So we looked into this one, too.

There is no evidence that drinking hot lemon juice kills COVID-19. Health officials have debunked the hoax, and a similar version has been shared in India and Italy.

There are a couple of things wrong with the video right off the bat.

First, the narrator claims to be based in China. But Zanjan University is in Iran. We found no evidence that the university has anyone on its medical faculty named Jiao Shenme Minzi, at least not as of September 2017, when its webpage says it was last updated. In fact, "Jiao Shenme Minzi" is one letter off from "jiao shenme mingzi," a popular phonetic pronunciation of a phrase used in Chinese when asking someone for their name.

Second, there is no evidence that vitamin C is effective against COVID-19. We rated a similar claim False in February.

Third, we could find no trace of a researcher named Chen Horin. The name has been used for similar hoaxes in the past.

The Messenger video comes from Marian Gorban, the owner of MrHealthyChannel, an alternative health channel on YouTube with more than 21,000 subscribers. One of his most popular videos claims you can lose weight quickly by drinking ginger syrup.

RELATED: Stop sharing myths about preventing the coronavirus. Here are 4 real ways to protect yourself

Gorban, whose Facebook profile says he lives in Romania, also claims to be an expert in search engine optimization. We reached out to him for a comment, but we haven’t heard back.

On its website, the World Health Organization says that, while it recommends eating plenty of fruits and vegetables to stay healthy, there is no scientific evidence that lemon treats or prevents COVID-19 infection. To prevent coronavirus infection, officials advise people to regularly wash their hands, avoid touching their face, disinfect surfaces in their homes daily and avoid people who are sick.

As of now, there is no specific treatment for COVID-19. But according to the Mayo Clinic, patients can alleviate symptoms — including cough, shortness of breath and fever — with cough medicine, pain and fever relievers, rest, and fluids.

Alt News, "No, Vitamin C and lemon-infused hot water do not protect against coronavirus or cancer," March 18, 2020

PolitiFact, "Stop sharing myths about preventing the coronavirus. Here are 4 real ways to protect yourself," March 5, 2020